Seven months after breaking ground in University Park, vertical construction is ramping up at the site of a mixed-use development at the former site of a Grinder restaurant just north of USC. 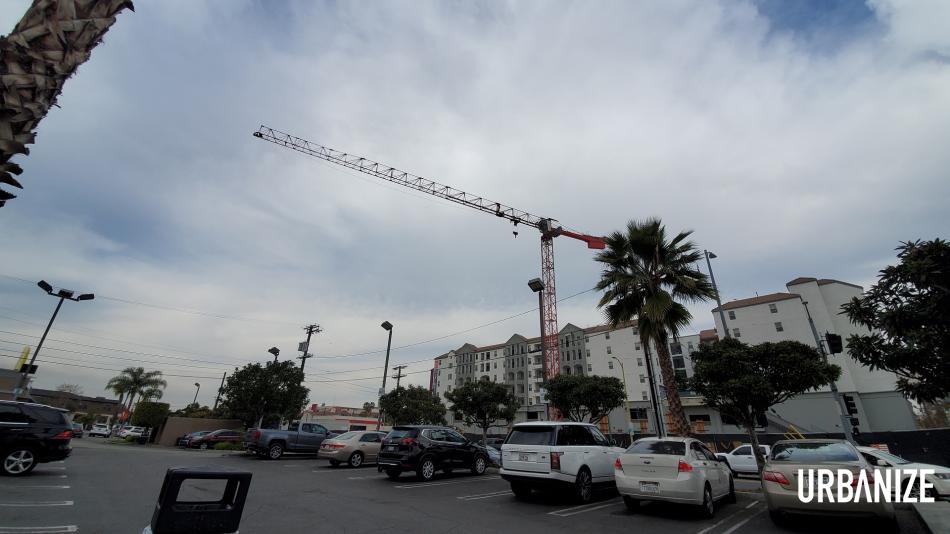 The Hub on Figueroa, which is being developed as a joint venture between Amplify Development Co. and Core Spaces, will eventually consist of a seven-story edifice at 28th and Figueroa Streets featuring 157 apartments above 5,128 square feet of ground-floor retail and a semi-subterranean parking garage.

Approved plans rely on Transit Oriented Communities development incentives to permit a larger, denser building than allowed by zoning rules. In exchange for bonus floor area, the developers are required to set aside 18 of the proposed studio, one, two-, three-, four-, and five-bedroom dwellings as deed-restricted very low-income housing.  Seven additional apartments will also be set aside voluntarily as workforce housing.

Designed by Antunovich & Associates, the Hub is depicted in renderings as a contemporary podium-type building with an articulated facade and a large rooftop amenity deck. 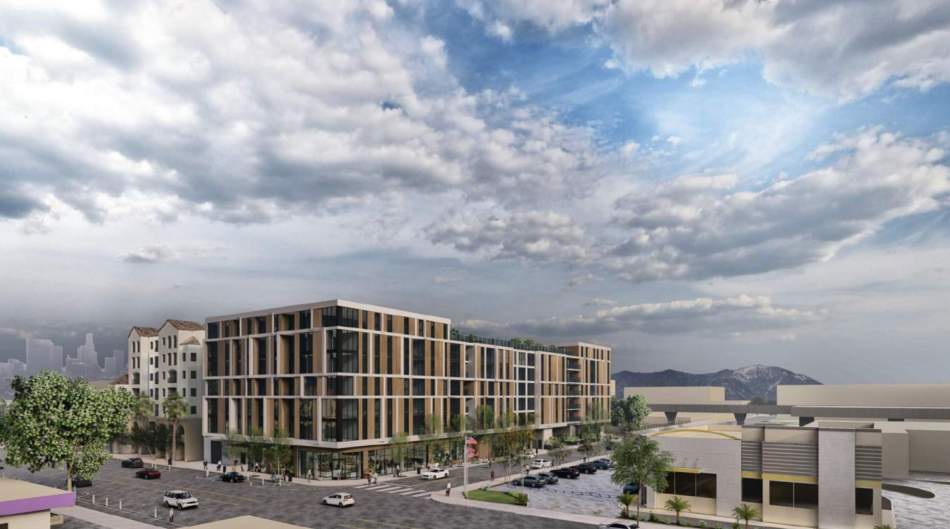 Amplify and Core Spaces are also behind a similar mixed-use project now wrapping up construction at the intersection of 38th and Figueroa Streets.  Both are expected to cater to students attending nearby universities such as USC.