A half-year after breaking ground in Downtown Long Beach, a white tower crane is the most visible sign of progress at Broadstone Promenade, a mixed-use development from Alliance Residential. 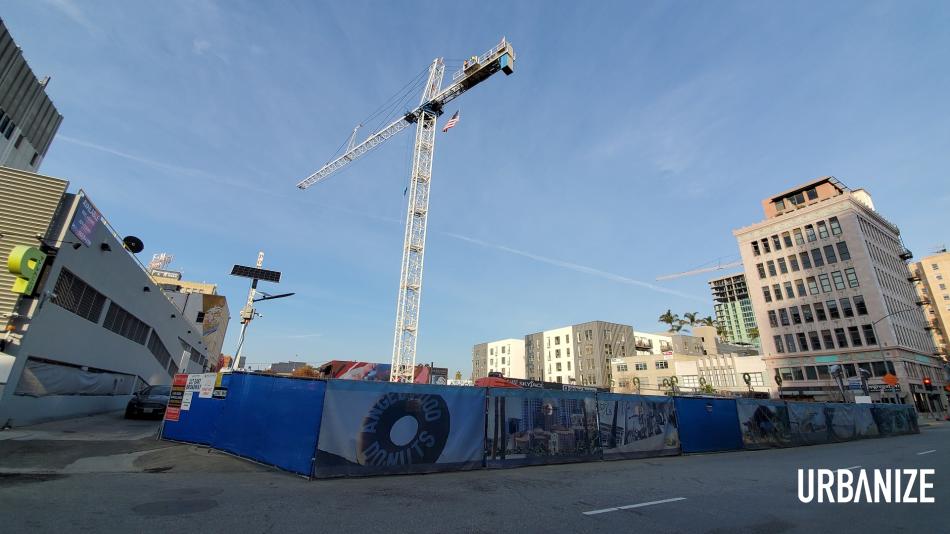 Located on a roughly .89-acre property located at 127 E. Broadway, the project will consist of an eight-story edifice featuring 189 studio, one-, two-, and three-bedroom apartments above 10,000 square feet of ground-floor retail space a three-level, 257-car basement garage.

Studio T-Square 2 is designing the Broadstone development, which will have a contemporary look and open-air decks at its roof and above its third floor.

According to a design narrative issued by Studio T-Square 2, the look of Broadstone Promenade references the nearby Long Beach waterfront with an illuminated tower in the vein of a lighthouse and an undulating canopy above its ground level in the vein of waves on a beach.

Completion of construction is expected in 2023.

The project site sits a block west of Aster, a similar mixed-use project now being built on Long Beach Boulevard, and a high-rise complex from Onni Group that will create more than 400 apartments between 3rd Street and Broadway.