Eight months after breaking ground at the border between the Arts District and Little Tokyo, construction is ramping up for a mixed-use project from Boulevard Partners with the arrival of a red tower crane.

The project, located on the south side of 1st Street between Rose and Hewitt Streets, will consist of a six-story building featuring 69 apartments and 14,000 square feet of ground-floor retail space.

Boulevard Partners is developing the project using the Transit Oriented Communities incentives to achieve a larger building than otherwise permitted by the property's zoning due to its location near bus and rail service.  Eight apartments will be reserved as deed-restricted affordable housing in exchange for the bonuses. 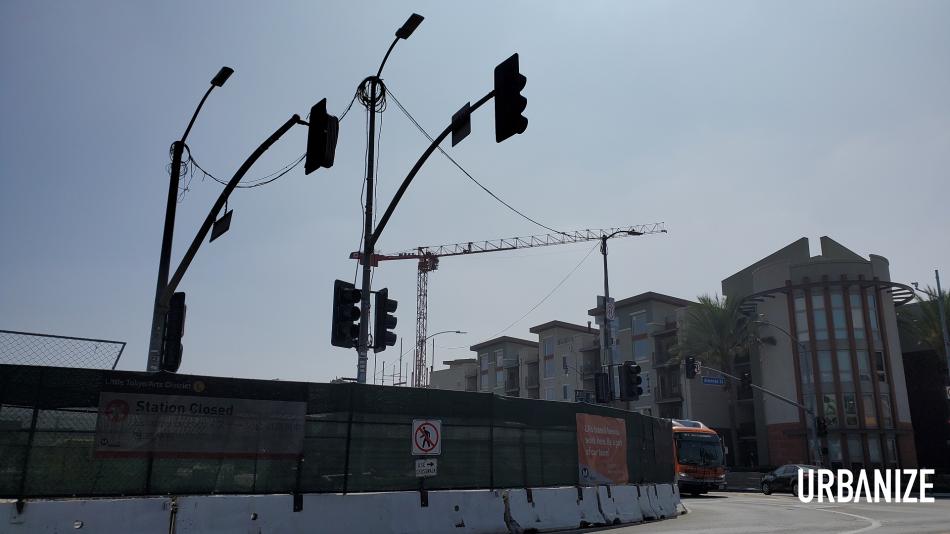 At the time of its groundbreaking, completion of the project was on pace to occur in either late 2022 or early 2023.

While Little Tokyo and the Arts District have seen an influx of new market rate developments, the neighborhood could soon see the arrival of a handful of mixed-income and affordable housing complexes. To the west and north, Metro and city-owned land adjacent to the new Little Tokyo/Arts District subway station are being targeted for redevelopment, while a 228-unit affordable and supportive housing complex was recently approved for a site next to the Japanese American National Museum.