Across the street from the Convention Center in Downtown Los Angeles, construction is in the home stretch for Lightstone's dual-branded hotel tower at the intersection of Figueroa Street and Pico Boulevard. 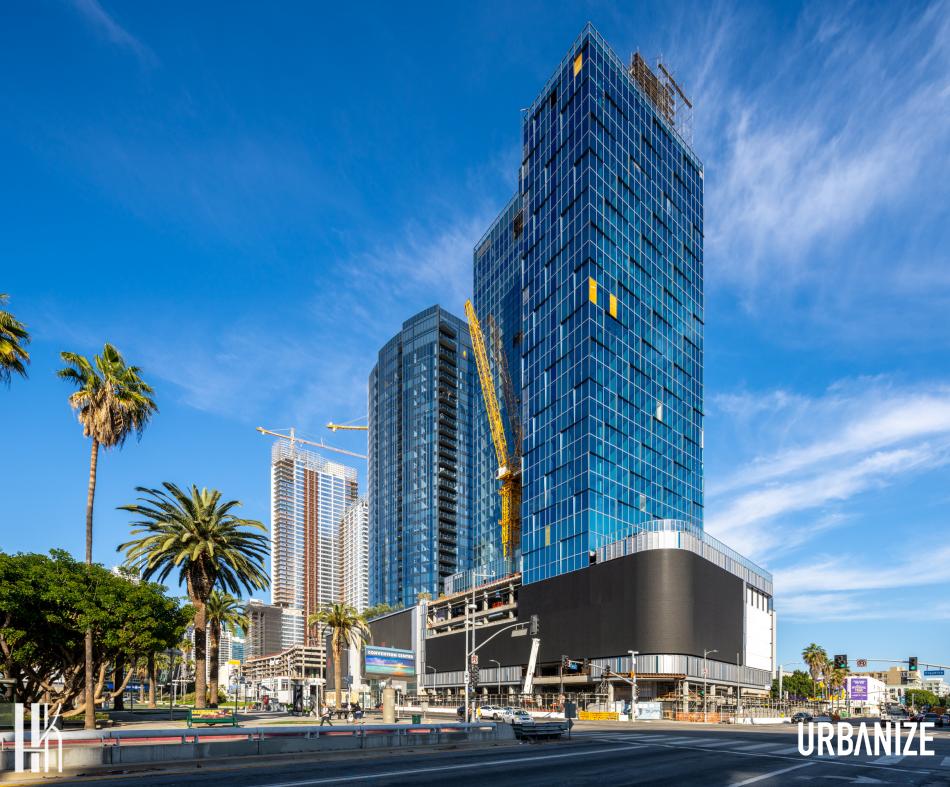 The project, which replaced a surface parking lot and a two-story commercial building, consists of a 37-story tower which will place the Moxy Los Angeles Downtown and AC Hotel Los Angeles Downtown under a single roof. The 600,000-square-foot building will feature 727 guest rooms, with 380 to be operated by Moxy and 347 rooms under the AC Hotel flag.

Gensler designed the tower, which has a glass facade and metal fins wrapping the trunk of the building. The building podium, which contains 300 parking spaces, is wrapped in 22,000 square feet of digital signage and capped by a landscaped pool deck. Plans also call for a sky lobby with a bar on the 34th floor of the tower.

Completion of the AC Hotel and Moxy is expected by late 2022. 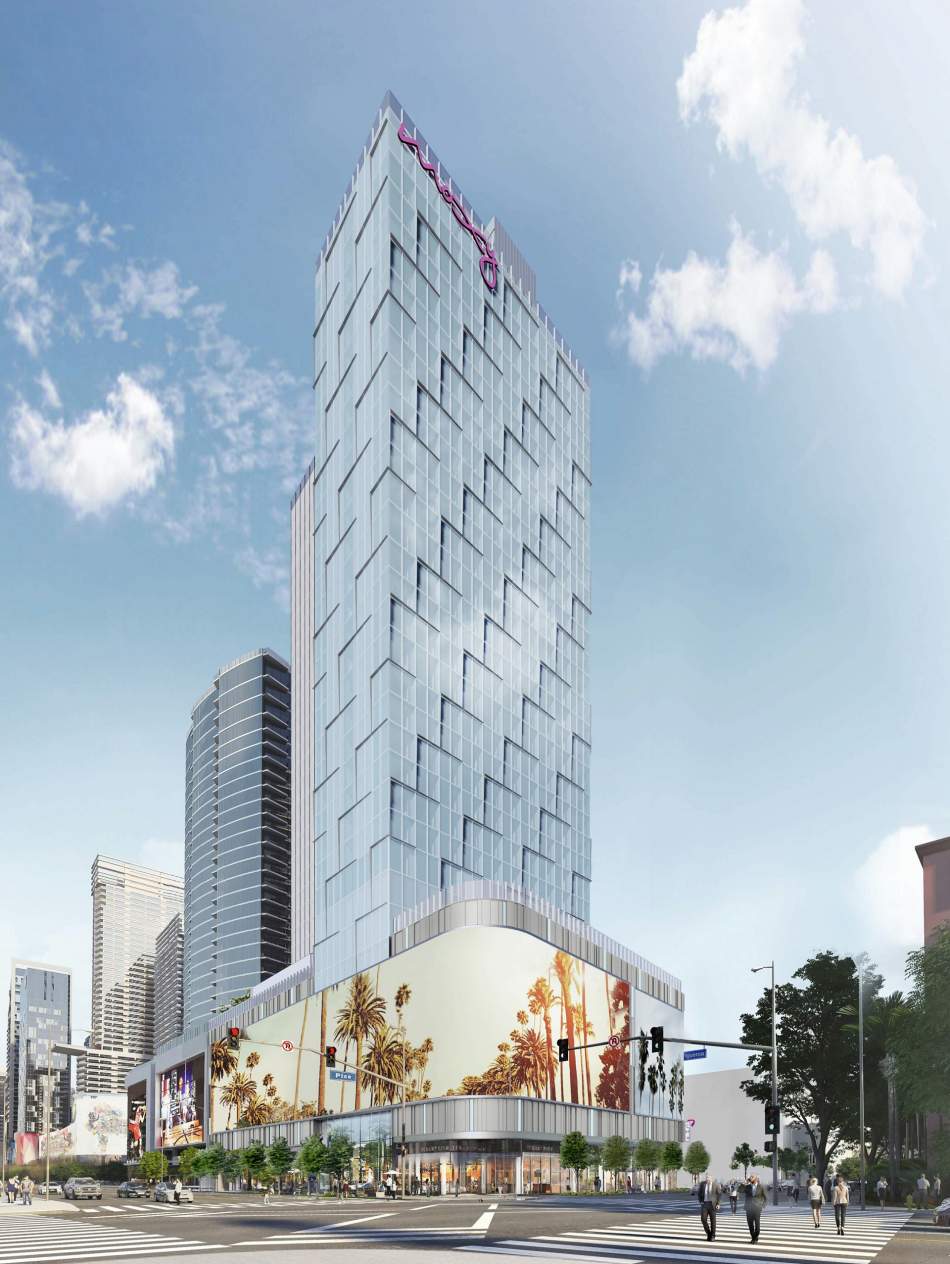 The AC and Moxy hotels are the initial component of the larger Fig + Pico development, which will also encompass an adjoining parking lot at Pico and Flower Street. Lightstone has received approvals to build a smaller 27-story tower containing 378 guest rooms, which has previously been slated for a Hilton Garden Inn.

Other large hotels planned near the Convention Center include a 37-story tower slated for a site a few blocks west on Pico, and a proposed 861-room expansion of the J.W. Marriott at L.A. Live.

In its hometown of New York, Lightstone is also developing two additional Moxy hotels in Brooklyn and Manhattan.  Both are also expected to open in 2022.