Crenshaw Crossing, the Metro joint development planned for two properties adjacent to Expo/Crenshaw Station, has gotten an updated look, and the blessing of the Los Angeles City Planning Commission. 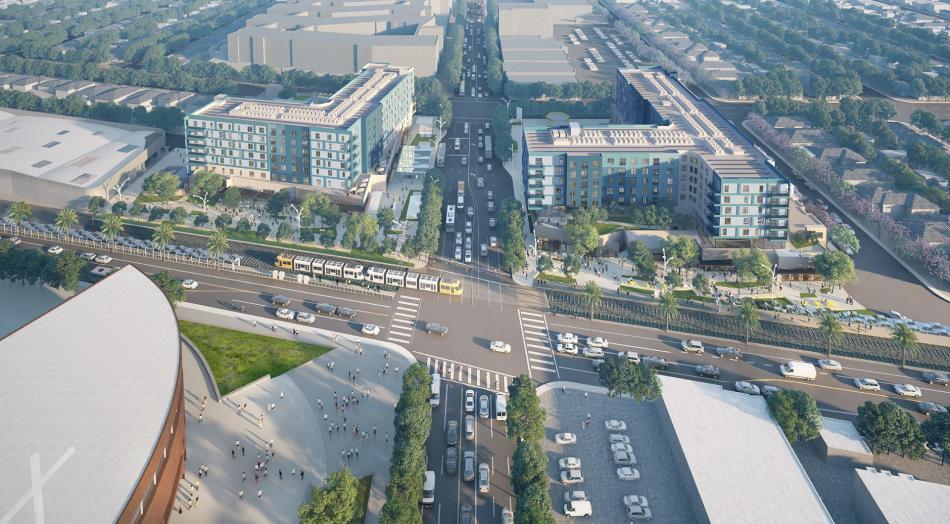 Yesterday, Commissioners voted to approve the proposed project, which is being developed as a joint venture between the Watt Companies, West Angeles Community Development Corp., and Richman Group. Plans call for the construction of a pair of for the construction of a pair of eight-story buildings containing 401 studio, one-, and two-bedroom apartments, a roughly 22,000-square-foot grocery store, 15,000 square feet of general retail space, and parking for 502 vehicles.

Designed by a team that includes Belzberg Architects, SVA Architects, and RELM, Crenshaw Crossing would have a contemporary look, with exteriors of painted cement plaster. Along the northern property line, adjacent to the E Line right-of-way, plans call for a new pedestrian promenade, feeding into a pedestrian plaza adjacent to the Crenshaw/LAX Line's entrance.  Commercial spaces would line Crenshaw and Exposition Boulevards, while townhouse-style units would front Victoria Avenue to the west. 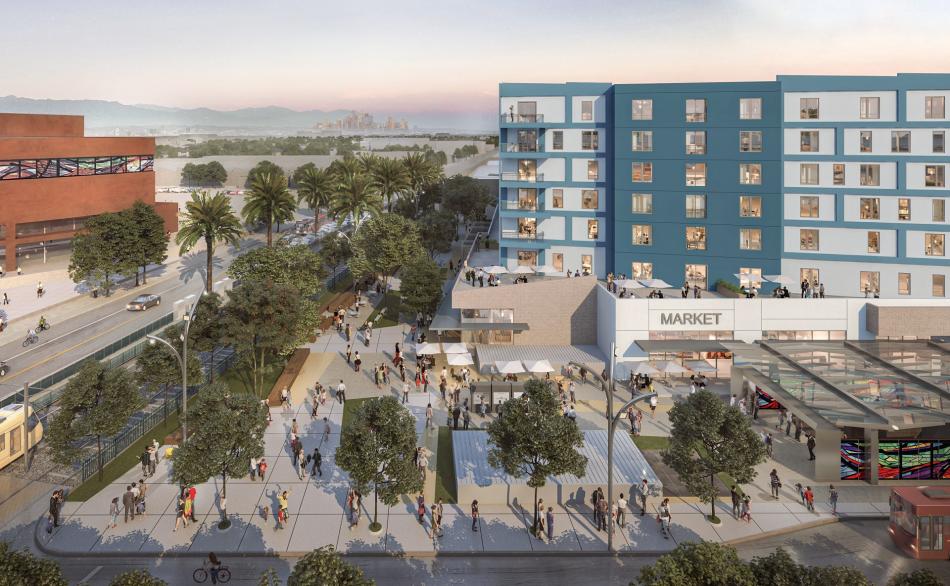 In a presentation, a representative of the development team indicated that the project already has several leasing commitments for the proposed commercial space, including a coffee shop and a co-working business which is expanding from Inglewood. Additionally, space for bike storage and community meetings will be made available.

The Commission, following a staff recommendation, voted to approve a density bonus compliance review for the project and a conditional use permit for alcohol sales, among other entitlements.

According to an environmental study previously adopted by the Los Angeles City Council, construction of Crenshaw Crossing is expected to occur over an approximately 24-month period. 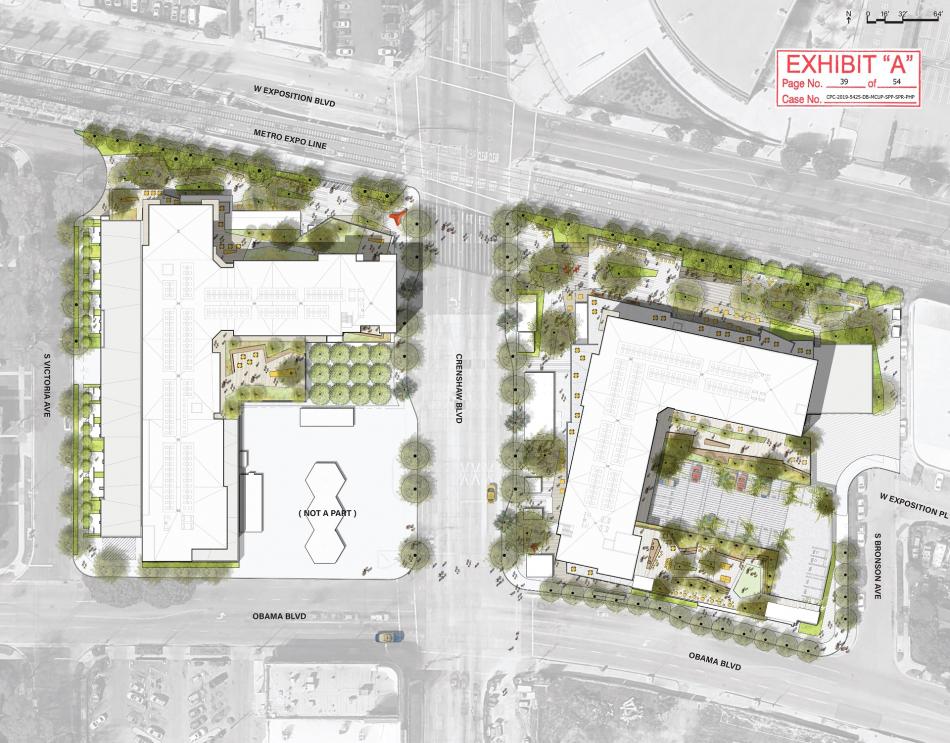 Crenshaw Crossing is one of a handful of large mixed-use and multifamily residential developments in the works near as-yet unfinished stations on Metro’s Crenshaw/LAX Line, including District Square, a proposed 577-unit apartment complex which would rise from a vacant lot located to the south across Obama Boulevard, and a handful of projects in predevelopment or construction near Leimert Park Station.