Add Harridge Development Group to the growing list of real estate firms wading into the studio business in Hollywood. 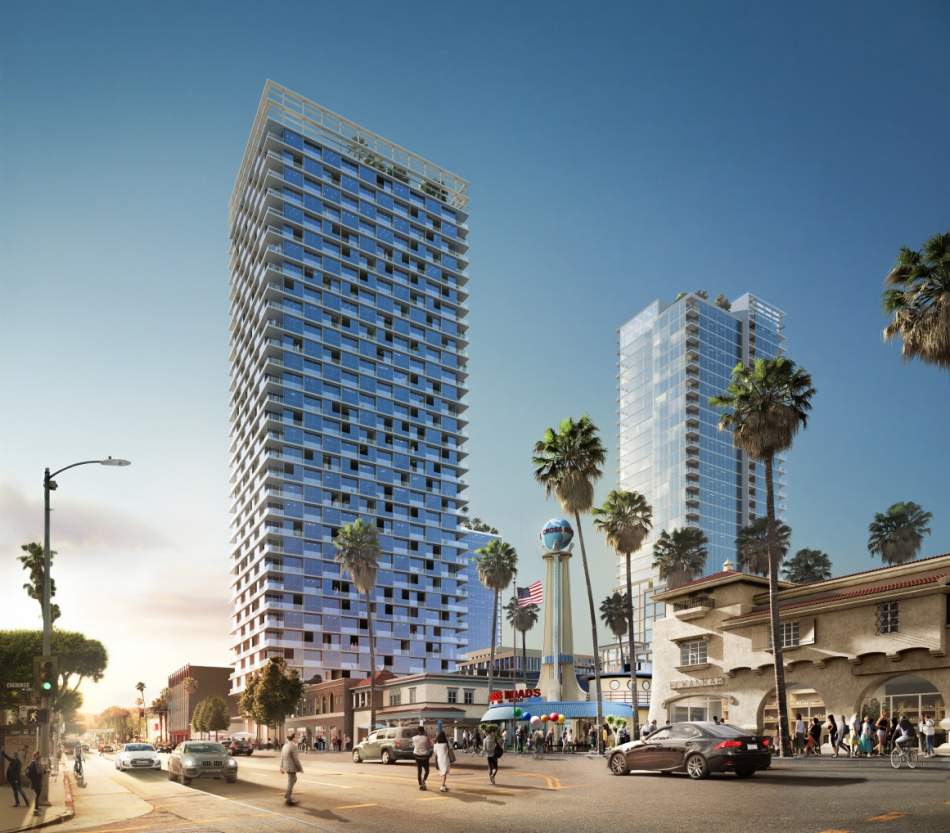 Earlier this month, The Real Deal reported that Harridge secured a $485-million construction loan for Crossroads Hollywood, the firm's long-proposed mixed-use complex near the intersection of Sunset Boulevard and Highland Avenue. Under plans approved in 2019 by the City of Los Angeles, the project would make the Crossroads of the World complex on Sunset Boulevard the centerpiece of a new high-rise complex consisting of up to 950 residential units - included 105 reserved as very low-income affordable housing - in addition to 190,000 square feet of commercial space and a 308-key hotel.

SOM and Rios led the design team for the approved plan, which would include a series of high-rise and low-rise buildings ranging up to 32 stories in height. A site plan envisioned the property connected by a new paseo cutting diagonally across the site, running from the Crossroads complex in the east to the intersection of Selma Avenue and Highland in the west.

According to The Real Deal, a new twist in the development is the addition of an undisclosed amount of studio space and production stages to the project. The loan was targeted toward the development of housing and commercial uses facing Sunset, with the status of the hotel component of the project left unclear. 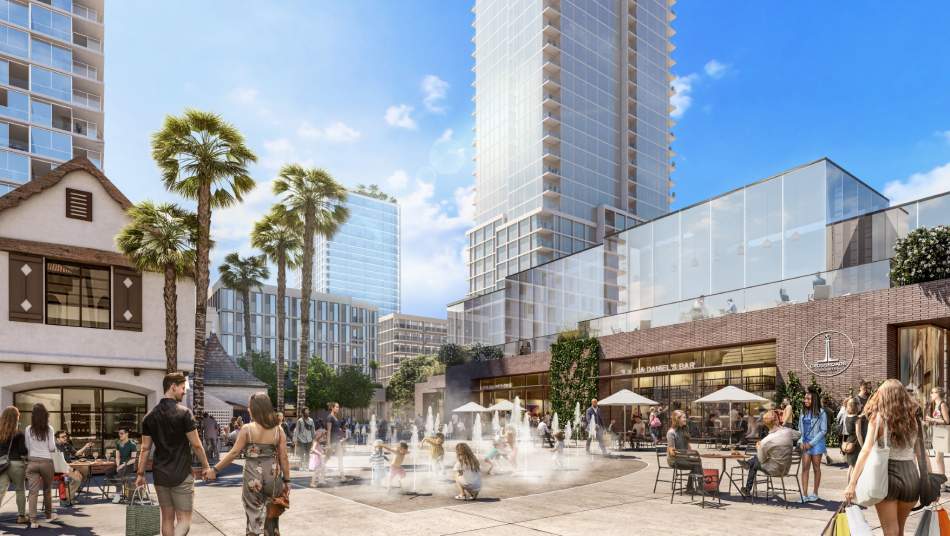 Harridge previously told the Los Angeles Times that construction of Crossroads Hollywood would begin in 2022. An environmental study conducted prior to the project's approval indicated that work would take roughly 48 months.

Since first proposed in 2015, the Crossroads development faced headwinds in the from both preservationists - who successfully lobbied Harridge to preserve the Hollywood Reporter Building on Sunset - and activists seeking to block the demolition of 84 rent-stabilized apartments that now occupy the development site. As of the project's approval, Harridge had indicated that it would offer a right of return to all existing tenants, with allowable increases in rent under the rent stabilization ordinance.

The most recent change to the project, the provision of studio space, comes at a time of surging demand for new soundstages in Los Angeles. New developments proposing additional space have cropped up across the region, including traditional hotspots such as Burbank and Hollywood, and even locations such as the Arts District and Boyle Heights. 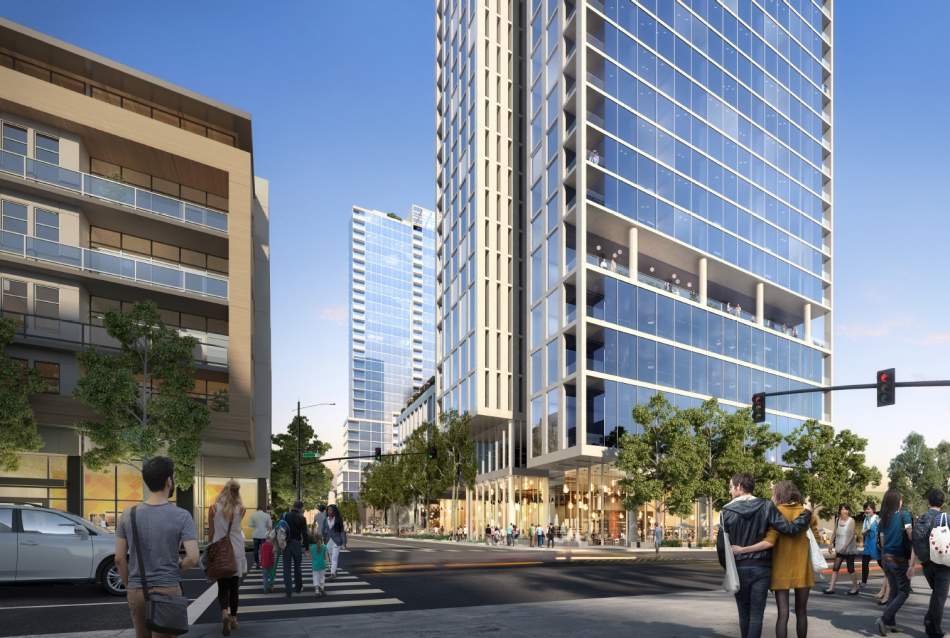 Harridge, which is reportedly partnering with Atalaya Capital on Crossroads, has had a busy 2021. In recent months, the company purchased another development site mired in controversy - the Baldwin Hills Crenshaw Plaza mall - and broke ground on a mixed-use housing and commercial complex in Granada Hills.