Apple, currently the world's valuable company based on market capitalization, faces a key test in its bid to construct a new office campus in Southern California, when the project goes before the Culver City Planning Commission this week for consideration. 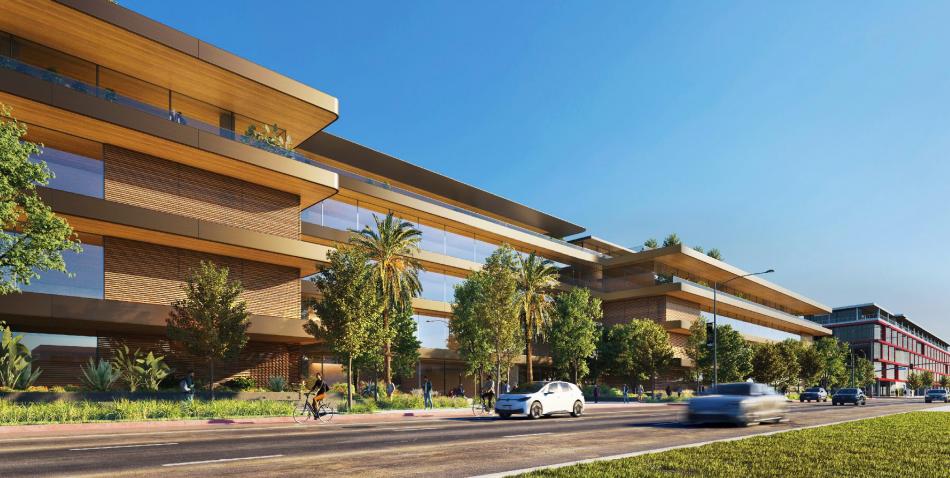 The Culver Crossings campus, planned for a 4.5-acre site straddling the Los Angeles - Culver City border, would replace a series of commercial buildings at the southeast corner of Venice and National Boulevards. In their plans, plans call for the construction of two new low-rise structures which would contain a combined total of 536,000 square feet of offices, production spaces, and other associated uses. Parking for more than 1,200 vehicles would be located within three subterranean levels below the buildings.

Gensler is designing the Culver Crossings campus, which would include four- and five-story buildings rising up to 75 feet in height, with long terrace decks on the upper floors. While no ground-floor commercial space is planned along any of the street frontages, large entrances and shuttle drop-off points would be situated along both National and Venice Boulevards. Likewise, coffee stations and a cafeteria are planned within the complex to serve employees and guests. 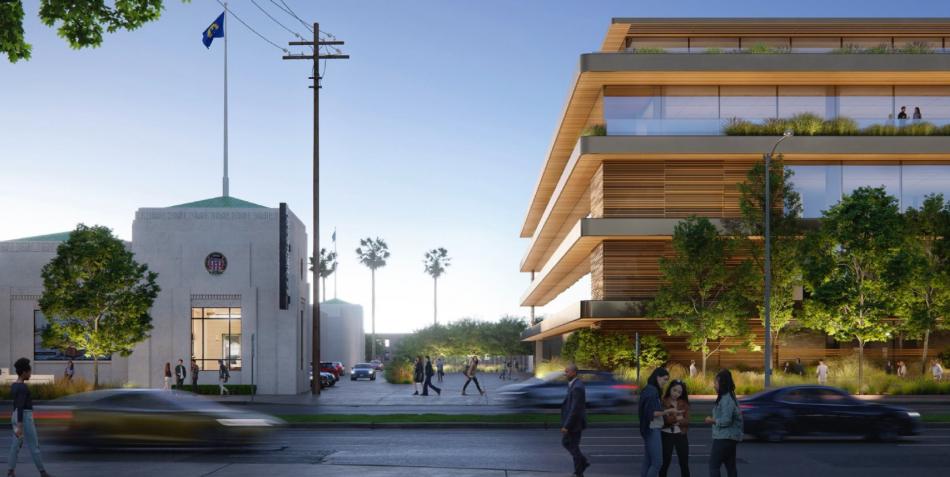 Roughly 58,000 square feet of open space is being planned in conjunction with the project, including a large central courtyard and a small, park-like area in an alcove along Washington Boulevard opening onto Washington Boulevard. Likewise, plans call for a new promenade along the property's Venice Boulevard frontage and new landscaped improvements along National Boulevard to the west.

The project, which must be approved by both Culver City and Los Angeles, is expected to be built in two components. The first, a smaller 167,000-square-foot office building, is scheduled to commence work in early 2023 and debut by late 2024. The larger section, with roughly 369,000 square feet of space, is set to start work in the second half of 2023, leading to a debut date in late 2025. The full property would be ready for occupancy in 2026. 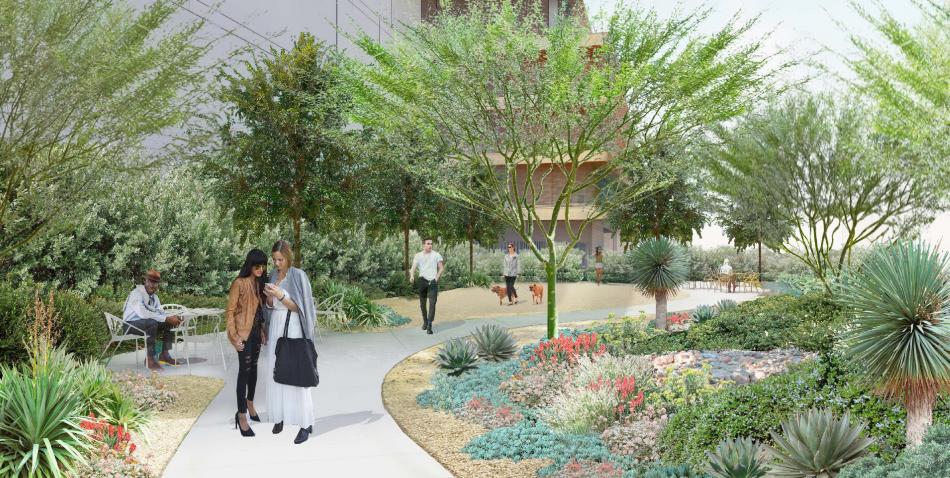 Pocket park off of Washington BoulevardGensler

The Culver City Planning Commission's will consider multiple requests associated with the project, including a draft specific plan and an environmental impact report. Additionally, Apple has requested permission to allow construction to begin at 7 am on weekdays, rather than the typical start time of 8 am, to shave 30 days off of the overall project timeline. The ultimate decision by the Commission will be a recommendation, with the Culver City Council having final say - at least for the Culver City elements of the project.

Construction of the new campus, which sits just east of Metro's Culver City Station, will double Apple's footprint in the Los Angeles area. The company currently occupies approximately 500,000 square feet of space in and around Culver City, highlighted by a 128,000-square-foot building that it leases in a neighboring property at Washington and National. The company is estimated to employ more than 1,500 people in Los Angeles through Apple TV+, Apple Music, and other ventures, and previously announced its intent to grow the Culver City office to more than 3,000 employees by the year 2026. According to an environmental study published earlier this year by Culver City, the Culver Crossings campus is intended to house up to 2,400 employees. 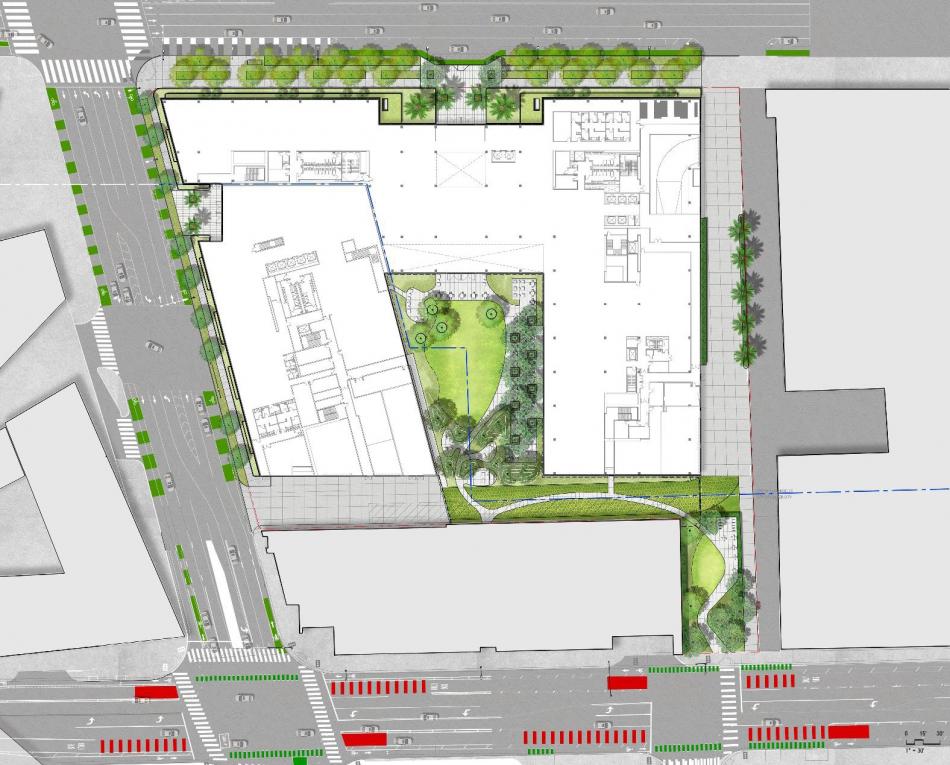 While Apple is arguably the biggest name to plant its flag its Culver City, it is hardly the first. Across the street, Warner Bros. Discovery leases 240,000 square feet of office space at the $350-million Ivy Station complex, and to the west on Washington Boulevard, Amazon has leased more than 600,000 square feet of space between the Culver Studios complex and the neighboring Culver Steps development.