In 2017, the Cold War-focused Wende Museum opened its new home in a bona fide Cold War artifact - the 1940s Culver City armory. Soon, the non-profit organization which operates the museum could add new uses to the mix. 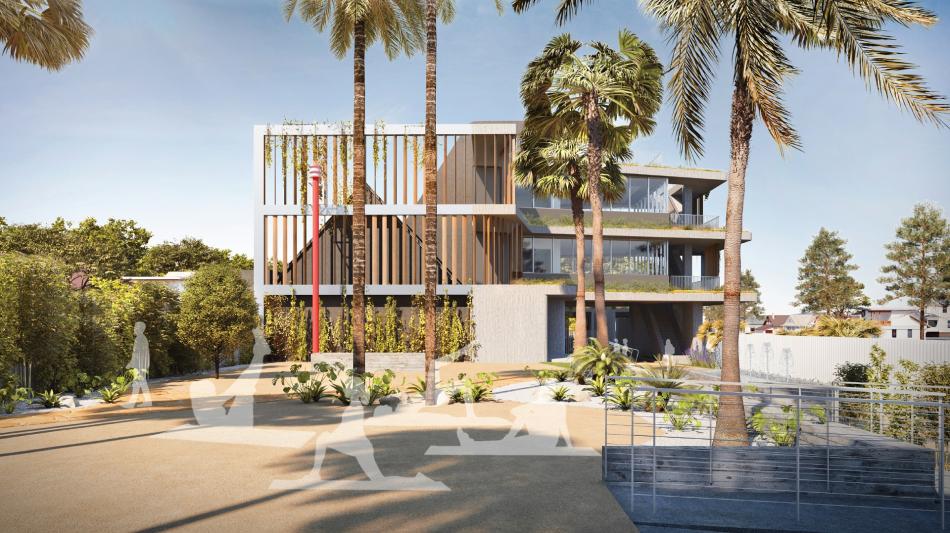 A presentation scheduled for the November 10 meeting of the Culver City Planning Commission details a proposal to update the Wende Museum comprehensive plan, which would permit the redevelopment of the southern portion of the armory property at 10808-10860 Culver Boulevard. The project is envisioned in two phases.

The initial phase of construction, considered the second phase of the Wende museum, calls for the addition of a 7,000-square-foot community center to the property, incorporating meeting spaces, archives and artifact storage, a garden, and room for events and performances. One existing building, a 2,200-square-foot structure, would be demolished, while an existing A-frame building would be retained and combined with the new construction. Likewise, the museum's existing garden would be expanded to connect with the community center.

AUX Architecture is designing the community center, which would include landscaped terraces and an exterior of painted stucco, concrete, and aluminum. 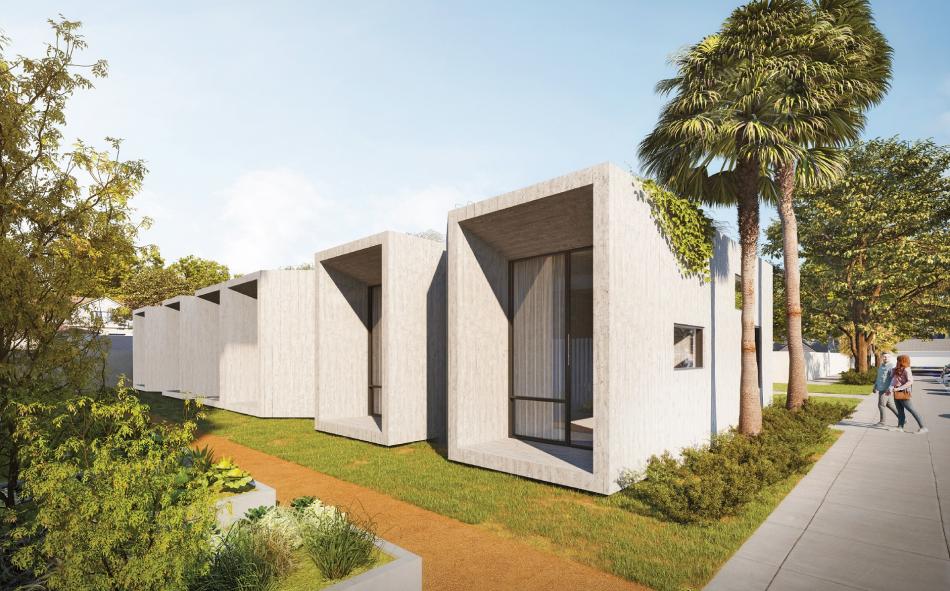 The third phase of the expansion, a city-initiated project, would replace a portion of an existing community garden to create six dwellings - averaging 325 square feet each - that would be reserved for low-income, homeless artist residents.

The housing is also being designed by AUX Architecture, and is depicted with a similar materials palette to its neighboring building.

A construction management memo included with the presentation points to a start date for the project in January 2022, with completion expected to follow in October 2022.