Cypress Equity Investments (CEI), the Brentwood-based firm which has emerged as one of the more prolific housing developments in the City of Santa Monica, has four more projects in the pipeline. 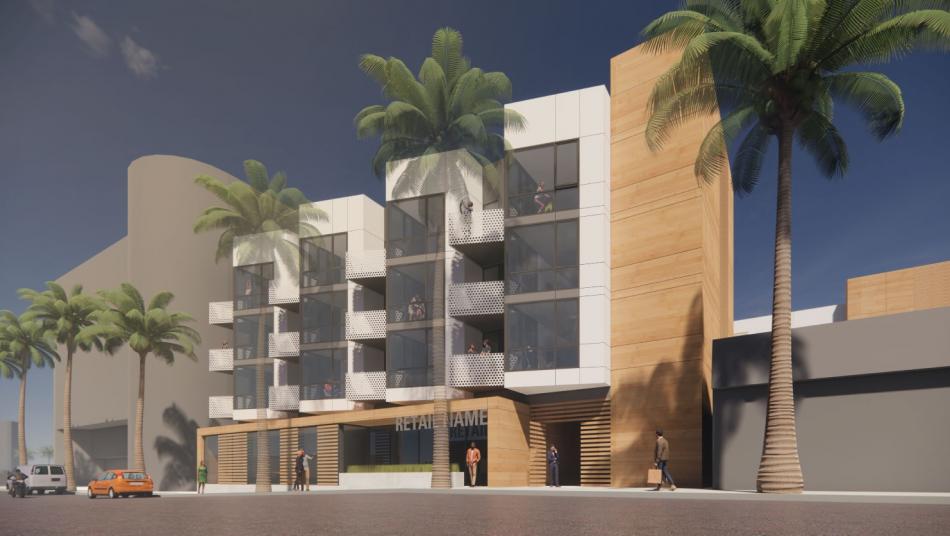 The project at 2025 Wilshire, slated for a mid-block site between 20th and 21st Streets, would replace a single-story commercial building now occupied by a Chipotle and a Veggie Grill. According to an outreach website, plans call for the construction of a four-story, 42-foot-tall building featuring 46 residential units above ground-floor commercial space and a two-level, 101-car subsurface parking garage.

CEI would develop seven deed-restricted affordable units at an off-site location in association with the project.

The proposed development at 2501 Wilshire would replace a stretch of commercial buildings on the north side of the street, directly north of Douglas Park. Plans call for another four-story structure, which would feature 70 residential units above ground floor commercial space and 198 parking stalls on three subterranean levels.

A total of 11 deed-restricted affordable units would be built as a result of the project - also at an off-site location.

Ottinger Architects is designing 2501 Wilshire, which is portrayed in renderings as a white-colored low-rise complex with a small courtyard located above the first floor. 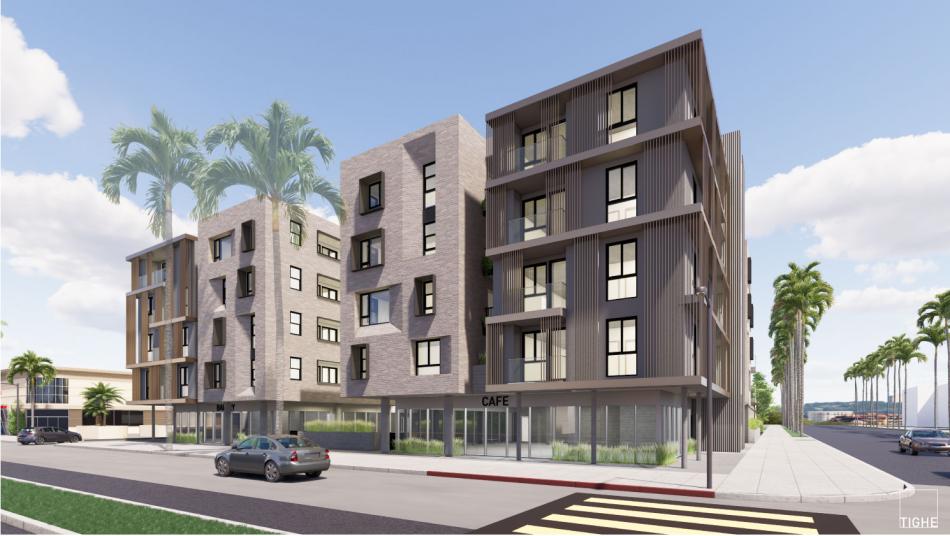 A third project on the Wilshire corridor, though not formally announced by CEI, would rise farther west at 1902 Wilshire Boulevard. Plans call for once again razing a series of commercial buildings to clear the way for a four-story edifice, this one featuring 71 residential units above ground-floor retail space and a two-level, 143-car parking garage below grade.

The proposed project consists of a 4-story mixed-use building including 71 residential units (including 11 off site deed-restricted affordable units), ground floor neighborhood-serving retail space, and 2 levels of subterranean parking with 143 total parking spaces and 91 total bicycle parking spaces. The proposed height of the project is 50 feet.

Patrick Tighe Architecture is designing the project, which is shown as two interconnected structures flanking a central courtyard, clad in stone, wood, and metal.

As with 2501 Wilshire, plans call for 11 affordable units to be built off-site. 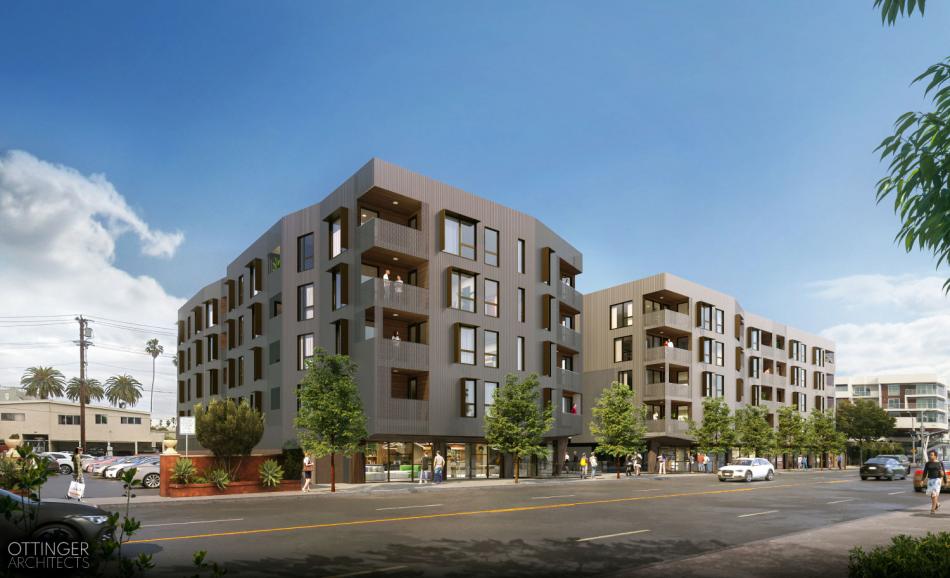 The fourth development, and the only not planned for the Wilshire corridor, would rise from a property located at 1537 Lincoln Boulevard - just northeast of the E Line's western terminus.

CEI, according to a project website, is planning a five-story structure which would include 114 residences atop ground-floor commercial space and subterranean parking for 98 vehicles.

Ottinger Architects is designing 1537 Lincoln, which would include eight units of on-site affordable housing, with the remaining 21 units required by zoning regulations to be built off-site.

The Lincoln Boulevard site sits directly north of a string of similar mixed-use projects recently developed by CEI, and across the street from the Downtown Santa Monica Vons, which is slated to be razed this summer by Related Cos. to make way for a 280-unit apartment complex.