A recent presentation to the Pasadena Design Commission details changes to a proposed AC Hotel on Colorado Boulevard.

The project site, a parking lot at the southwest corner of Colorado and Madison Avenue, has long been approved for redevelopment with a five-story, 110,000-square-foot medical office building. That proposal changed in 2021, when property owner Charles Company partnered with El Segundo-based real estate firm Welcome Group, Inc., which rolled out plans to instead build a six-story, 195-key AC Hotel. 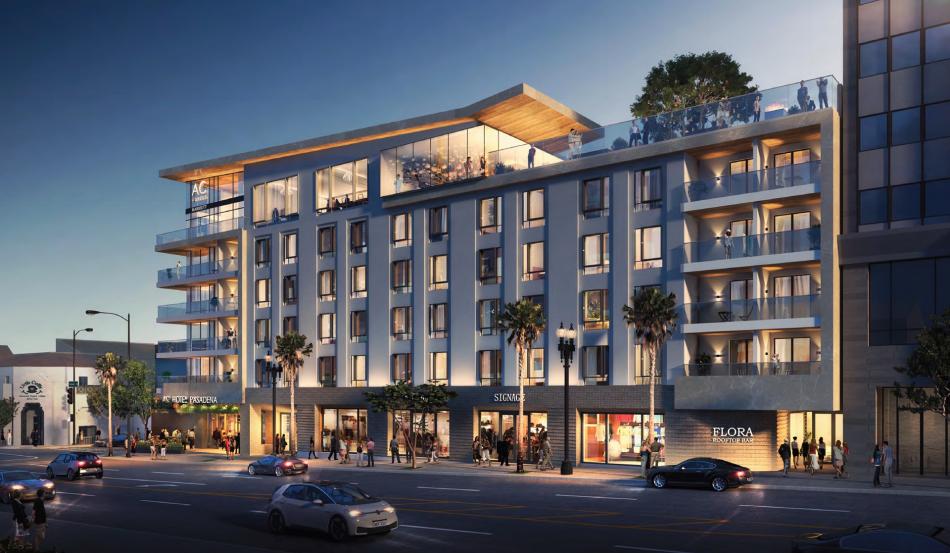 Designed by WATG, the contemporary low-rise structure would feature exterior finishes such as stone, faux wood, and glass.  The hotel would have an L-shaped footprint, wrapping a small rear parking lot which would be accessed via an alley.

The project has undergone several changes since first appearing before the Design Commission in June 2021, including revisions to its eastern facade and roofline. The changes have addressed feedback given at the earlier meeting, per a staff report.

Welcome Group, the new developer, previously built an AC Hotel in its hometown of El Segundo. 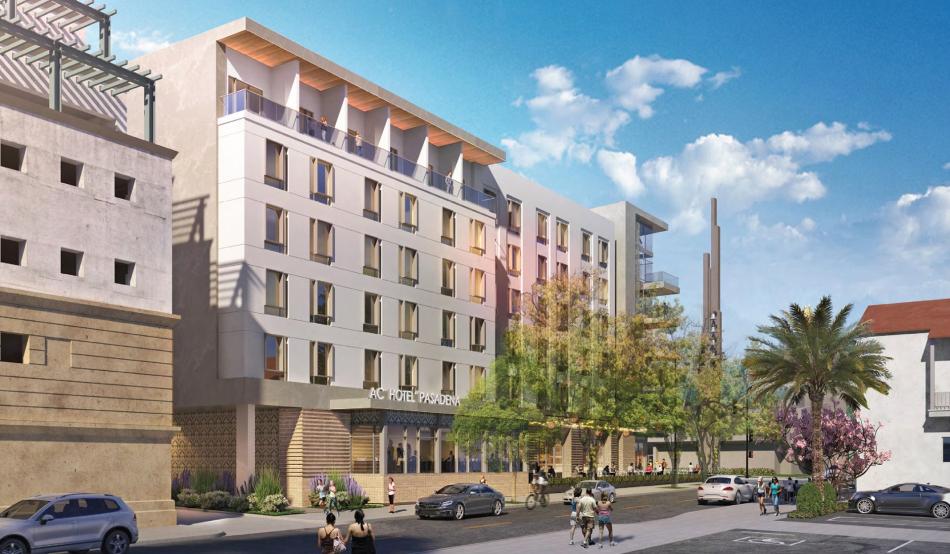 The AC Hotel brand, a Marriott subsidiary, is also on track to open a 380-room hotel slated to open in Downtown later this year.

Charles Company, the developer, is behind plans for a number of mixed-use projects in its hometown of West Hollywood, including the Melrose Triangle complex and a proposed hotel and residential tower on the Sunset Strip.