In Chinatown, investors looking to transform a large surface parking lot into housing and retail have received the blessing of the City of Los Angeles. 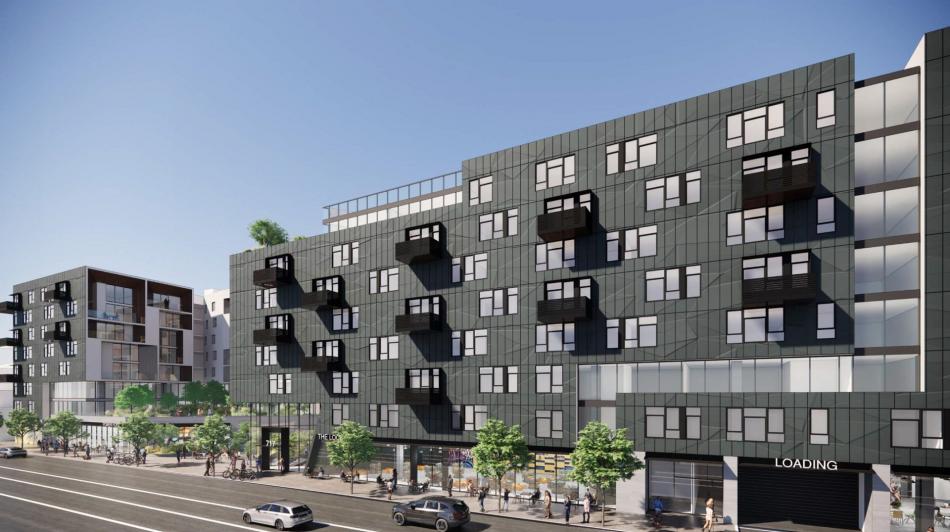 This week, TRJLA, LLC announced that it has secured a letter of approval from the Planning Department for its proposed mixed-use apartment complex at 717 N. Hill Street, and aim to begin construction in 2023. The project, submitted to the City one year ago for entitlements, calls for the construction of an eight-story building featuring 411 studio, one- and two-bedroom apartments above 17,140 square feet of ground-floor commercial space and semi-subterranean parking for 315 vehicles.

Project entitlements include Transit Oriented Communities affordable housing incentives, permitting greater floor area and density in exchange for setting aside 42 of the proposed apartments as deed-restricted affordable housing at the extremely low-income level for a period of 55 years. 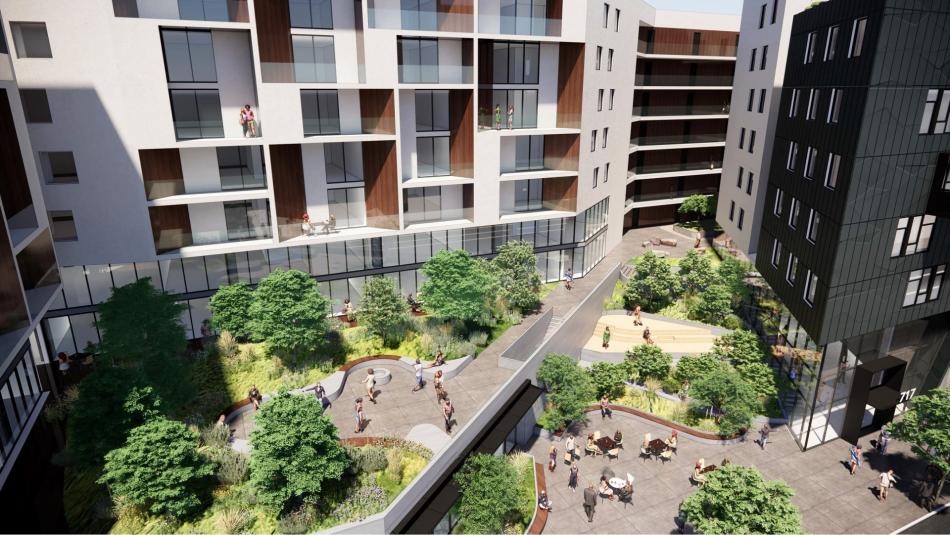 AC Martin is designing 717 Hill, which would include a wedge-shaped setback that would provide space for an amenity deck and street-level open space to the west. Other planned open spaces include a rooftop deck, a fitness center, and a swimming pool.

“We are pleased to have “fully entitled” this modern mid-rise mixed-use project to transform Downtown Chinatown at this highly accessible urban infill development location," said TRJLA's chief financial officer Joseph Chang in a statement. “To complete pre-development and commence construction next year, we are evaluating offers from potential parties to close a transaction before the year end.”