A pending presentation to the Santa Monica Architectural Review Board (ARB) unveils new changes to a housing development planned the intersection of 7th Street and Broadway. 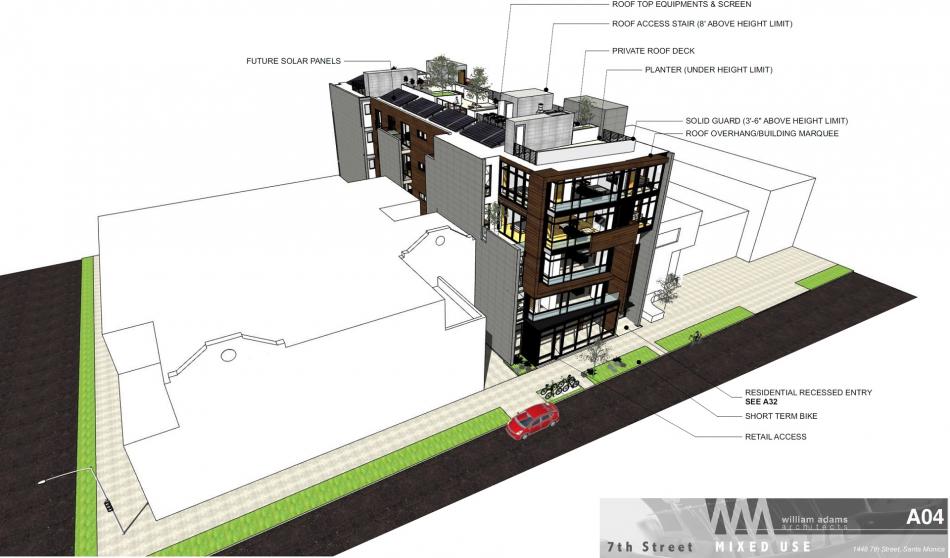 Since 2019, developer and land owner Lee & Yen Property, LLC has sought city approvals to redevelop the site of a vacant apartment building at 1448 7th Street with a new five-story structure.  As recently as April 2020, the project was slated to include eight two- and three-bedroom apartments on its upper levels, with approximately 10,800 square feet of offices and nearly 2,200 square feet of ground-floor retail space located below.

Now, per the new presentation to the ARB, plans for on-site office space have been abandoned in favor of more housing.  Plans now call for a total of 20 homes above nearly 2,300 square feet of street-level retail and non-required parking for 14 vehicles.  The expanded residential component of the project would also result in a total of five deed-restricted affordable units - up from two in the original plan.

The design concept by William Adams Architects is largely unchanged on the building's exterior, which a staff report describes as a modern infill building with a facade that includes matte black and corrugated red metal panels, stucco, cement, and wood siding.  The staff report indicates that the updated design responds to feedback given at an earlier presentation to the ARB, better developing its side elevations, among other critiques.  The report recommends that the design concept should be approved. 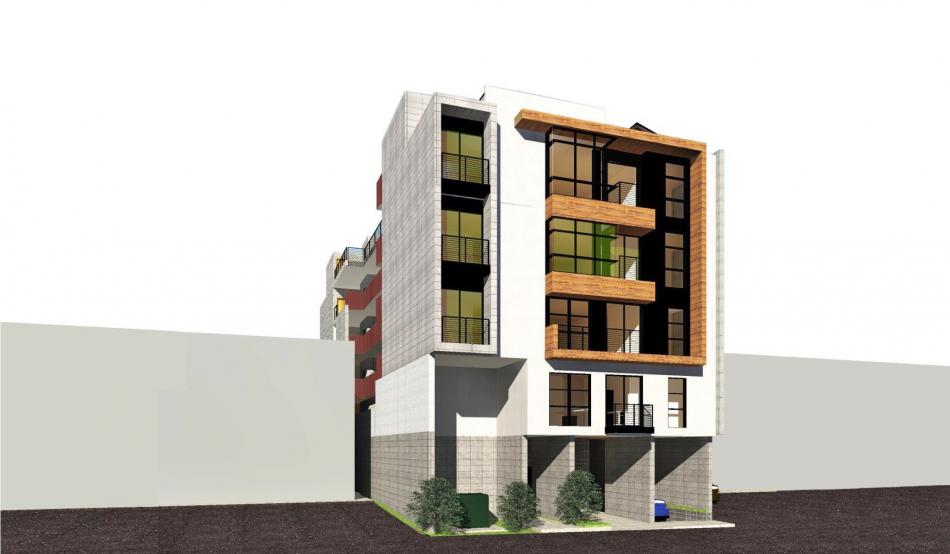 The project joins a handful of larger mixed-use projects in the works for the surrounding blocks of Downtown Santa Monica, including a 65-unit apartment building proposed across the street by Mass Equities, and a 280-unit mixed-use complex slated to replace a Vons supermarket