An update to the state’s density bonus law is allowing prompting another developer to build taller and denser - this time in West Hollywood. 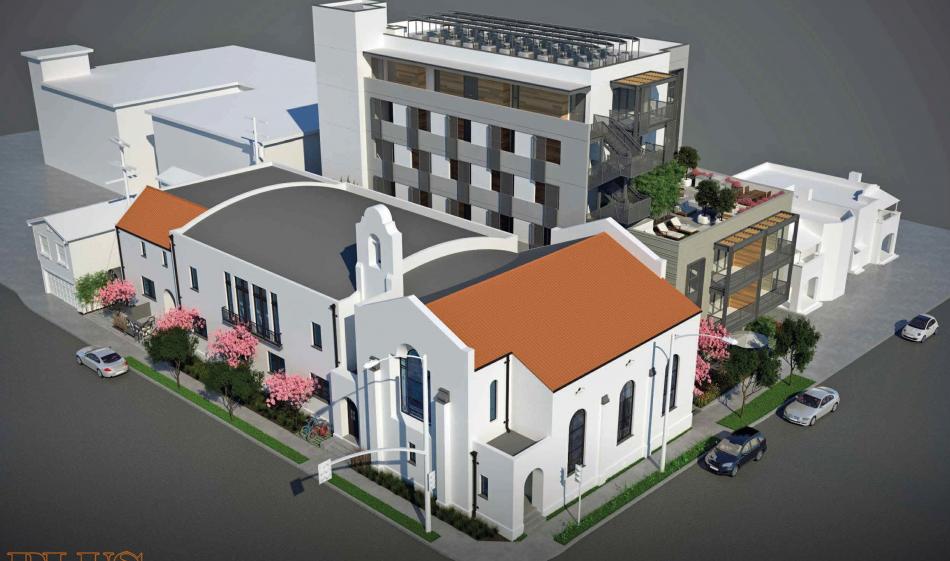 Earlier this year, West Hollywood's Design Review Subcommittee previewed a proposal from South Park Group to build a five-story, 25 apartment complex next-door to the Crescent Heights Methodist Episcopal Church at Fairfax and Fountain Avenues.  The project, slated to replace a two-story structure, would have included five affordable units and basement parking for 25 cars.

An updated plan, presented at the subcommittee's September 23 meeting, now calls for a taller six-story edifice that would feature 29 studio and one-bedroom dwellings.  The amount of parking, open space, and the building footprint would remain the same as in the original proposal.

Plus Architects is designing the revised project, which retains its stucco and metal exterior and a proposed setback facing Fairfax Avenue that would sit level with the roofline of the church and provide an amenity space for residents.  Plans also call for additional open space at street level, with openings onto both Fairfax and Fountain. 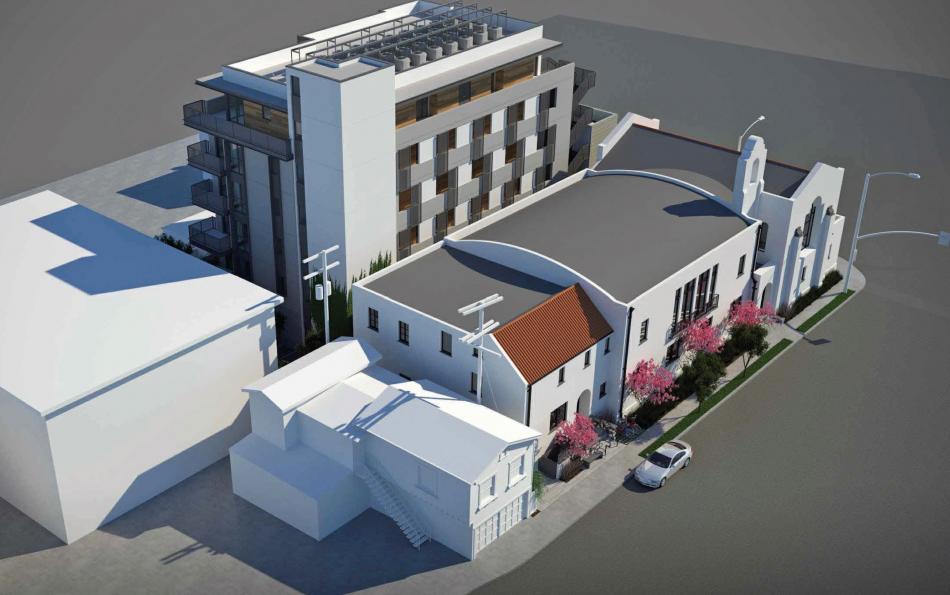 South Park Group, the company attached to the project, is also planning mixed-use buildings at 8000 Beverly Boulevard and 320 La Cienega Boulevard in nearby Beverly Grove.

Outside of West Hollywood, developers in Santa Monica have also taken advantage of new state housing policies to build larger structures than originally envisioned.  A project planned at Santa Monica Boulevard and Yale Street is poised to nearly double in size due to the updated density bonus law.