The proposed development, approved by the City of Santa Monica in 2020, is slated for a now-vacant site at the southeast corner of Santa Monica Boulevard and Yale Street.  The adopted plan permits the construction of a three-story building containing 46 studio, one-, two-, and three-bedroom apartments above 13,735 square feet of ground-floor commercial space and a two-level, 118-car subterranean parking garage.

A year-and-a-half later, project applicant Yale West, LLC (an affiliate of Santa Monica-based real estate firm Roque & Mark Co.) has refiled plans, now seeking to develop the property with a taller four-story edifice featuring 88 apartments in a mix of studio, one-, two-, and three-bedroom layouts.  Plans also call for just under 13,000 square feet of ground-floor commercial space and a 114-car garage - both modest reductions from the approved plan.

In exchange for the density bonus incentives, nine of the apartments are to be set aside as affordable housing, according to architectural plans.

DFH Architects has been retained to design the updated project, which like the original, would be clad in brick and plaster among other materials.  A staff report to the Santa Monica Architectural Review Board was complementary of the revised plan, arguing that the additional floor has strengthened the overall design concept, and recommends its approval.

The project is the second mixed-use building planned at the intersection of Santa Monica and Yale, following a similar 50-unit apartment complex from LaTerra development which is now under construction across the street.

The Roque & Mark development is not the first Santa Monica housing project to go taller as a result of new state legislation.  In 2020, Community Corp. of Santa Monica tapped into the provisions of AB 1763 to add more housing to the Las Flores affordable housing development in the Pico neighborhood. 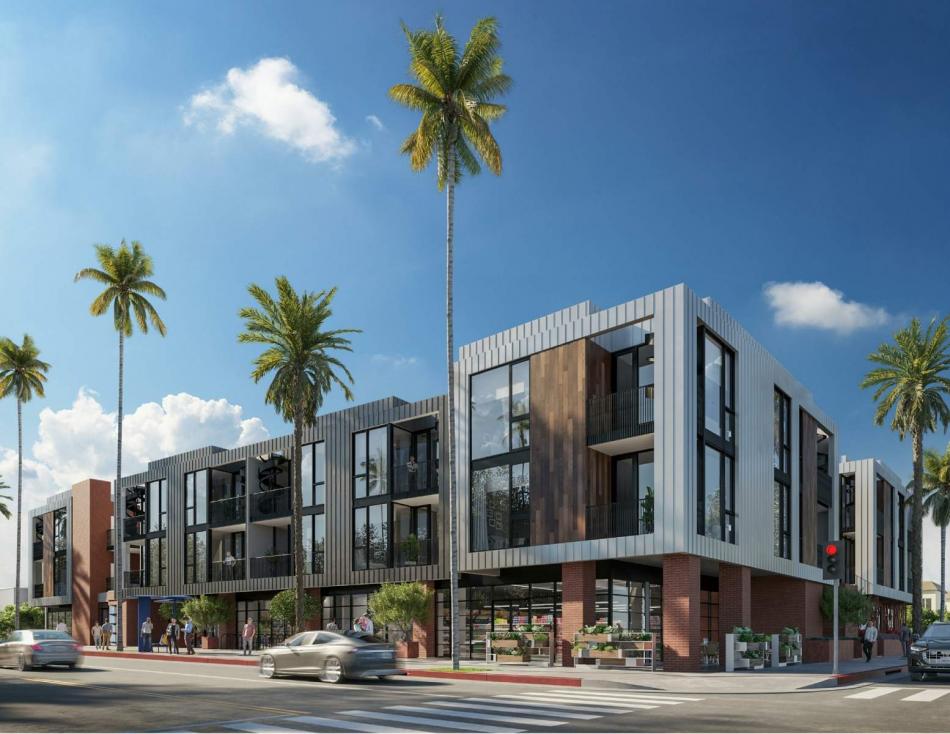 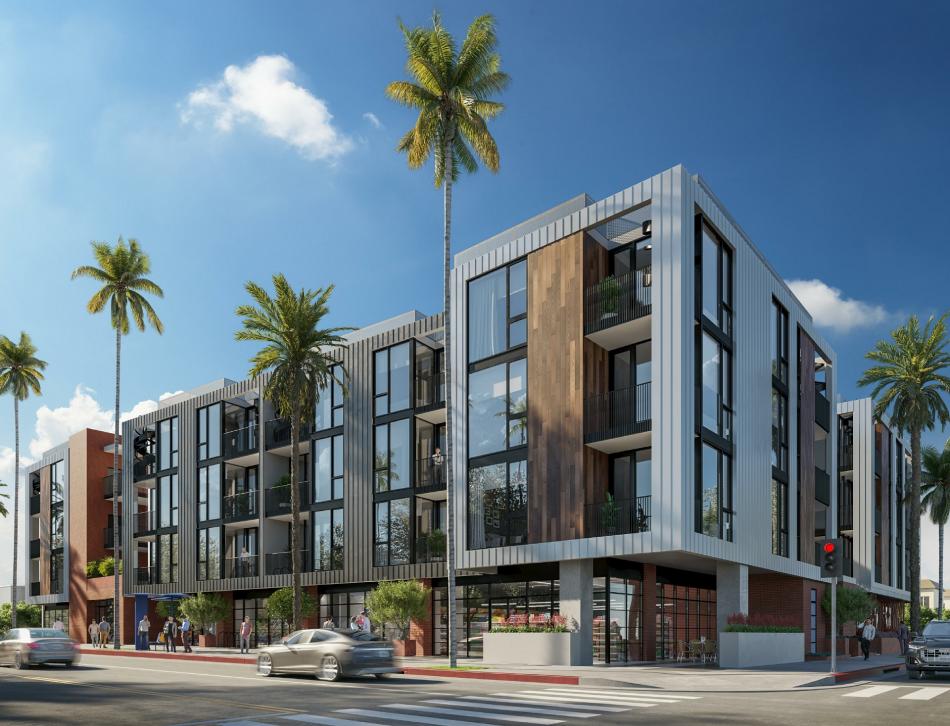