Six-year-old plans to develop a mixed-use project featuring housing and commercial space in Granada Hills are finally moving forward, after the announcement of a $91-million construction loan last month by Madison Realty Capital.

The project, a joint venture between Harridge Development Group, Silverpeak Real Estate Partners and Atalaya Capital, will rise at the northwest corner of the intersection of San Fernando Mission Boulevard and Woodley Avenue, replacing a strip mall. Approved plans call for the construction of 140 studio, one-, and two-bedroom apartments, 102 rental townhomes, 6,000 square feet of street-level commercial space, and parking for roughly 250 vehicles.

AC Martin is designing the development, which will consist of wood-frame and podium-type structures standing three stories in height. 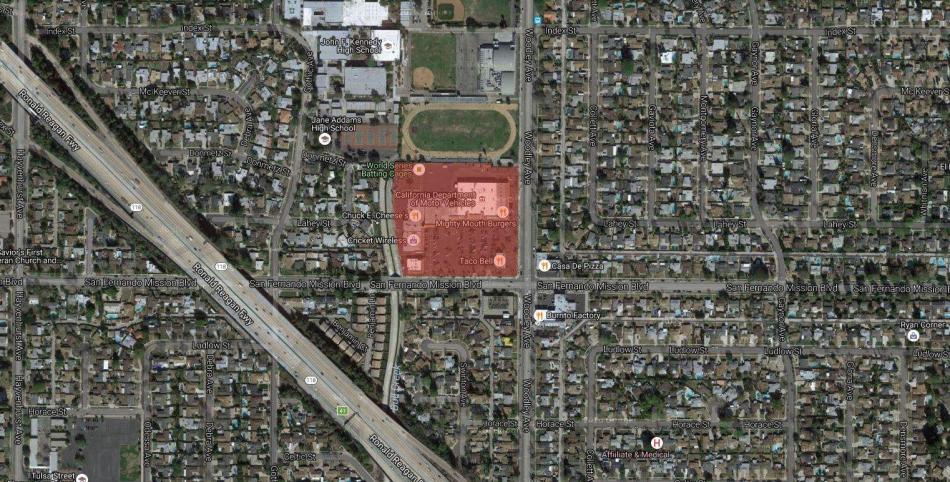 While the new housing and retail complex will stand head and shoulders above surrounding single-family homes, the approved plan represents a sharp reduction from Harridge's original proposal for the site in 2015 - a larger 430-unit apartment complex. That proposal was pared back due to vocal opposition from neighbors of the property, as well as former Los Angeles City Councilmember Mitch Englander, who has since been sentenced to prison as a result of a City Hall corruption scandal centered on real estate development.

Harridge is an active investor and developer of large, multi-use projects in the Los Angeles area, having secured approvals for a series of towers adjacent to the Crossroads of the World complex in Hollywood, among other ventures. The company has previously worked with Silverpeak and Madison Realty Capital on another residential development in San Pedro.