A year-and-a-half after finalizing its $40-million acquisition of an eight-acre development site on the outskirts of Downtown Burbank, LaTerra Development is poised to begin work on one of the city's first large multifamily residential buildings in years. 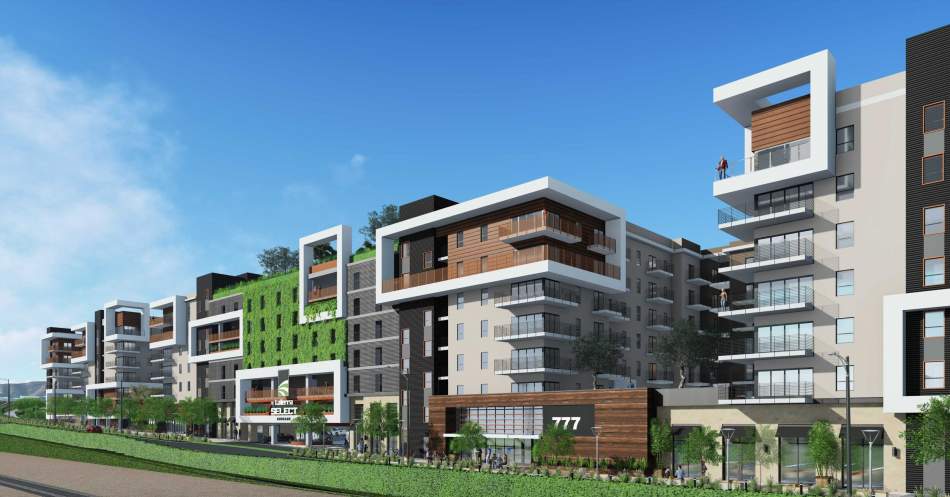 LaTerra, along with its partner QuadReal Property Group, announced this month that it had closed a $198.5-million construction loan for a proposed development near the Burbank Metrolink Station at 777 N. Front Street. Plans call for the construction of a total of 573 rental units - including 69 which would be reserved as deed-restricted affordable housing.

Urban Architecture Lab and TCA Architects lead the design team for the project, which is named LaTerra Select Burbank. The full plan calls for four separate structures, ranging from seven to eight stories in height, with podium-level courtyards and a one-acre amenity deck above a parking garage would be capped with a nearly one-acre amenity deck.

The full project, budgeted at $375-million in 2020, is also slated to include a 307-key hotel, approximately 1,100 square feet of ground-floor retail, more than 1,500 parking spaces. Additionally, plans call for public realm improvements such as a 30,000-square-foot landscaped transit plaza adjacent to Magnolia Boulevard, with vertical circulation elements connecting with Downtown Burbank and the Metrolink Station, as well as, and the future side of Burbank Commons bike lanes and outdoor seating. 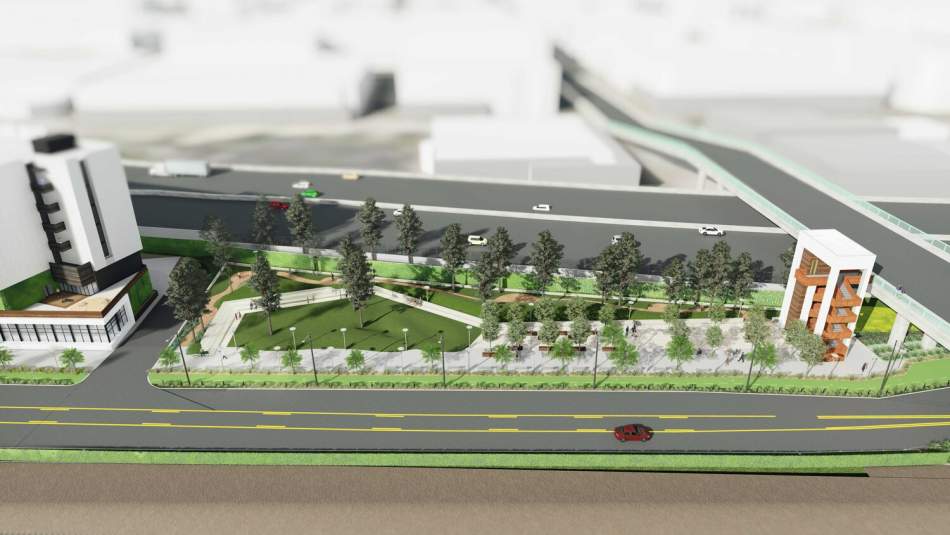 The project was previously expected to be built over a roughly three-year timeline.

In a news release, Burbank cited a jobs-housing imbalance in Burbank as a primary impetus for the new development, citing data which shows Burbank has an office vacancy rate of less than 5 percent, but has only seen the construction of one large apartment building over the past 20 years. At the same time, companies such as Nickelodeon, ViacomCBS, WarnerMedia, and Netflix have grown their presences in the city.

LaTerra, which is headquartered in Century City, is not done with Burbank. The company is planning an even larger project featuring 862 apartments and roughly 150,000 square feet of offices at the former site of a Fry's Electronics store.

Outside of Burbank, LaTerra is also in the planning or construction stages for new housing developments in Los Feliz, Downtown, Santa Monica, West Hollywood, and Mar Vista.