The company behind a proposal to bring a boutique hotel to a currently vacant site in Downtown's South Park neighborhood is changing up its plans.

Domyan Group, the entity which controls the 7,800-square-foot property at 1130 S. Hope Street, is scheduled to revised designs to the Downtown Los Angeles Neighborhood Council's (DLANC) Planning Committee at its meeting on August 17.  Under updated plans, the project that was most recently envisioned as an 11-story, 61,000-square-foot building containing 144 hotel rooms with 378 square feet of ground-floor retail space has been scaled to a smaller eight-story, 47,000-square-foot edifice with 112 guest rooms and 528 square feet of ground-floor retail. 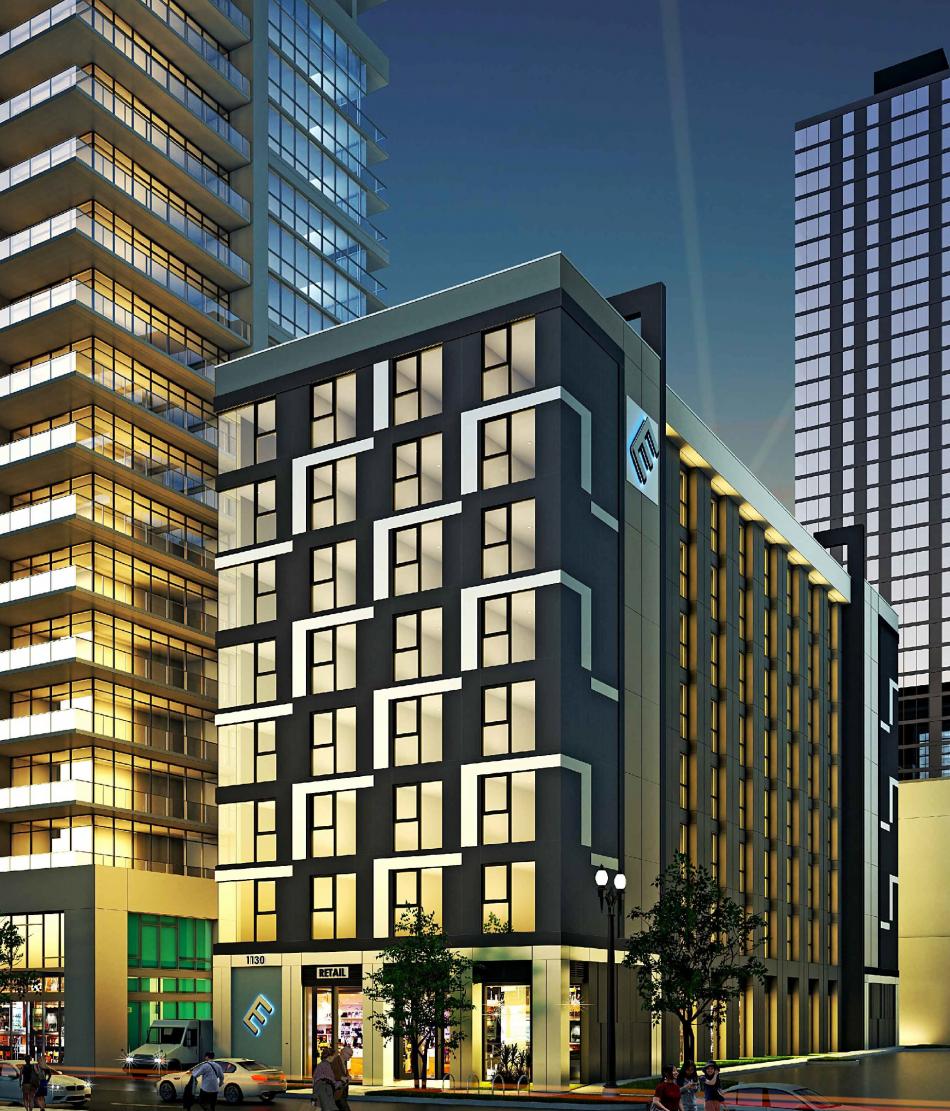 Parking accommodations for the hotel, previously proposed as a 56-car on-site automated garage, have also been downsized to just two vehicle stalls with 21 spaces to be located in an off-site location.

Bucilla Group has been retained as the architect of the revised project, according to the DLANC agenda.

Plans to redevelop the site date back roughly eight years, when a different group of developers had sought to incorporate a three-story structure that once stood on the property into a smaller 44-room boutique hotel.  After entitlements for that never-built development lapsed in 2018, the early 20th century building was demolished, and plans for the 11-story hotel were submitted to the City of Los Angeles in 2020.

While the now-demolished building at 1130 Hope was once listed among the properties subject to the replacement housing requirements under the Wiggins settlement agreement, the project's owners have provided financial assistance to an unspecified developer of affordable housing within the Downtown area.  Consequently, the Wiggins plaintiffs have agreed to lift the replacement housing requirement for the proposed development.

The currently vacant property is hemmed in by a cluster of high-rise apartment buildings, including the Evo, Luma, and Elleven condominium buildings to the north and east, the 1133 S. Hope Street apartment tower to the west, and the Aven tower one block east on Grand Avenue.

Other hotel developments planned in the surrounding neighborhood include a 13-story, 160-room building from AEG at 11th Street and Grand Avenue and a 16-story, 243-room tower from Mack Real Estate Development at 12th and Olive Streets.

Updated at 3:41 pm to include new renderings of the project