Nearly 13 months after we last stopped by, the concrete superstructure of Brookfield's new apartment tower looms high above the Figat7th shopping mall in Downtown Los Angeles. 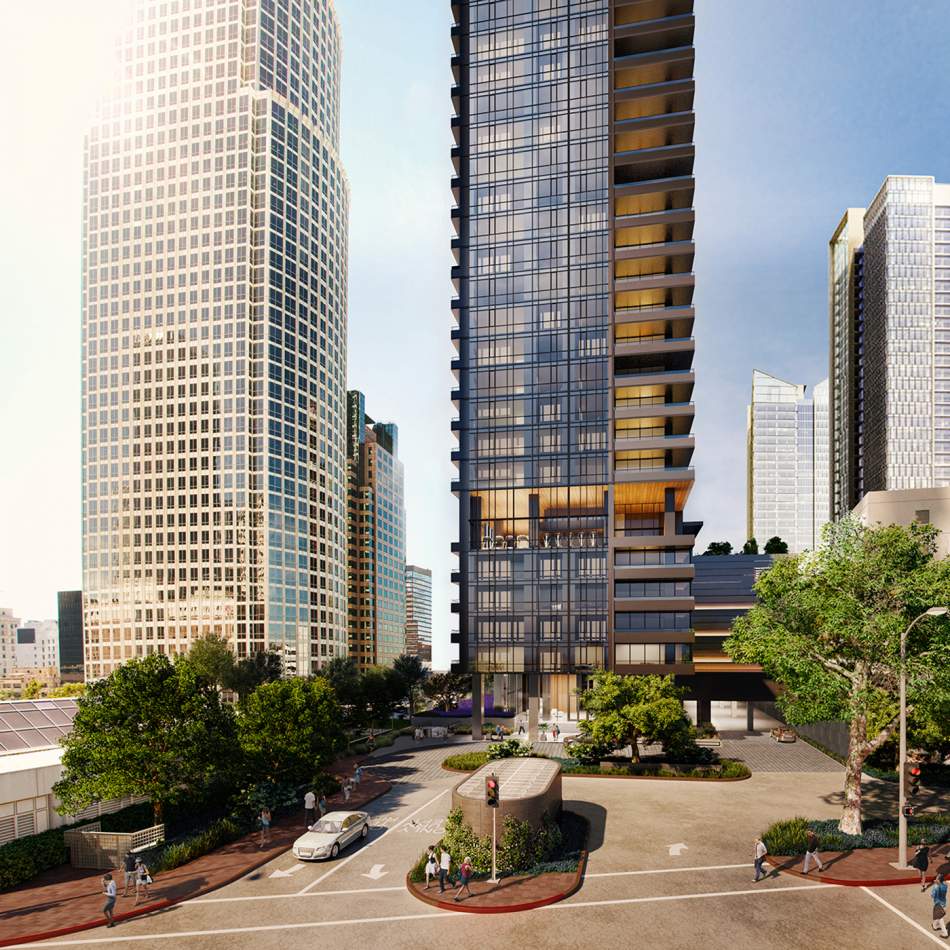 The project, named for its location on a formerly empty site at 960 W. 7th Street, will be a slender glass-and-steel tower featuring 784 studio, one-, two-, and three-bedroom apartments above an 831-car garage.

Marmol Radziner is designing the tower (with LARGE Architecture serving as executive architect) which will present as a 56-story building when viewed from its main entrance on the upper level of Figat7th.  However, when including above-grade parking levels fronting 8th Street, the tower will stand 64 stories - or roughly 695 feet above ground level. 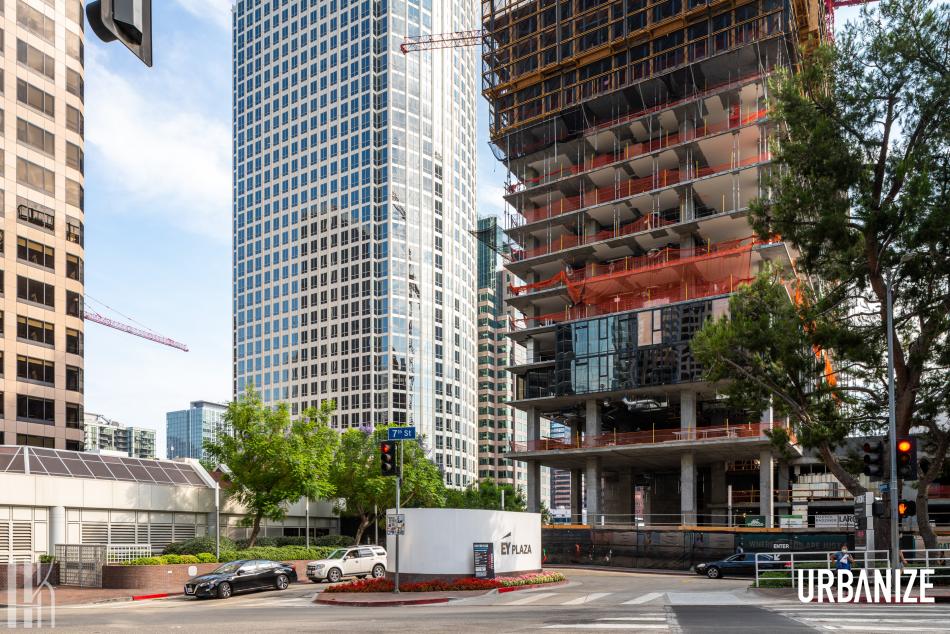 Besides housing, the development will also include amenity decks above its parking podium and roof levels.  Its entrances at upper level of Figat7th terrace and on 8th Street will be activated through the inclusion of small commercial spaces.

The roughly 36-foot grade change between 7th and 8th Streets - its two street frontages - will be addressed through the construction of a new staircase to the east of the building's podium.  The stairs will also provide a new pedestrian access point to Figat7th. 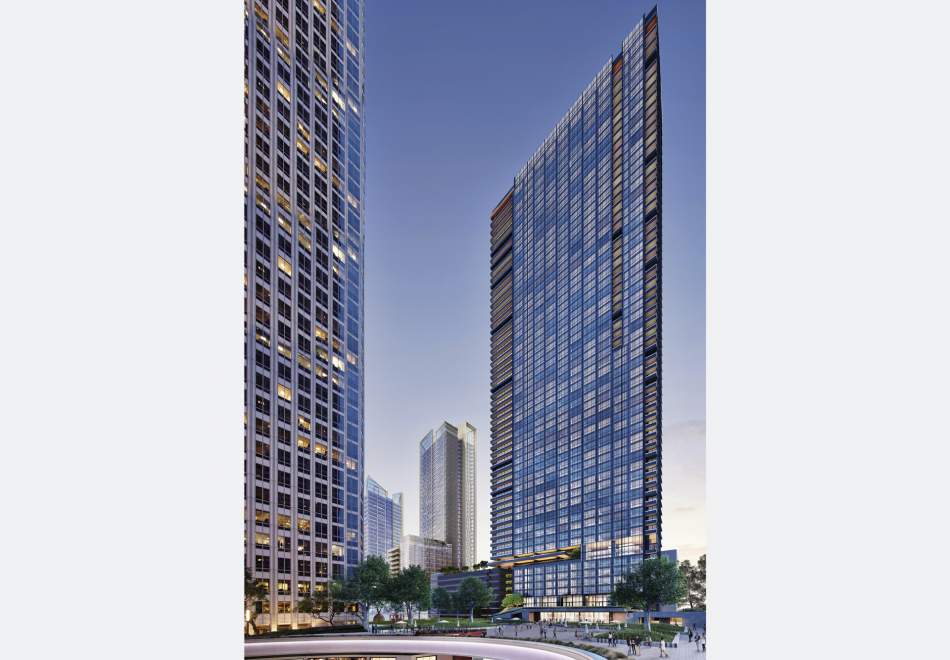 Completion of the tower remains on pace to occur in 2022, according to a project website.  Work began in 2019.

The 960 W. 7th Street development, which sits between the Wilshire Grand tower and the Metropolis complex, has been billed as the final component of a master-planned development first conceived in the 1980s.  The late developer Robert Maguire, who built Figat7th and the neighboring 777 Figueroa and EY Center office towers, had intended to develop more offices at 960 W. 7th Street as recently as 2006. 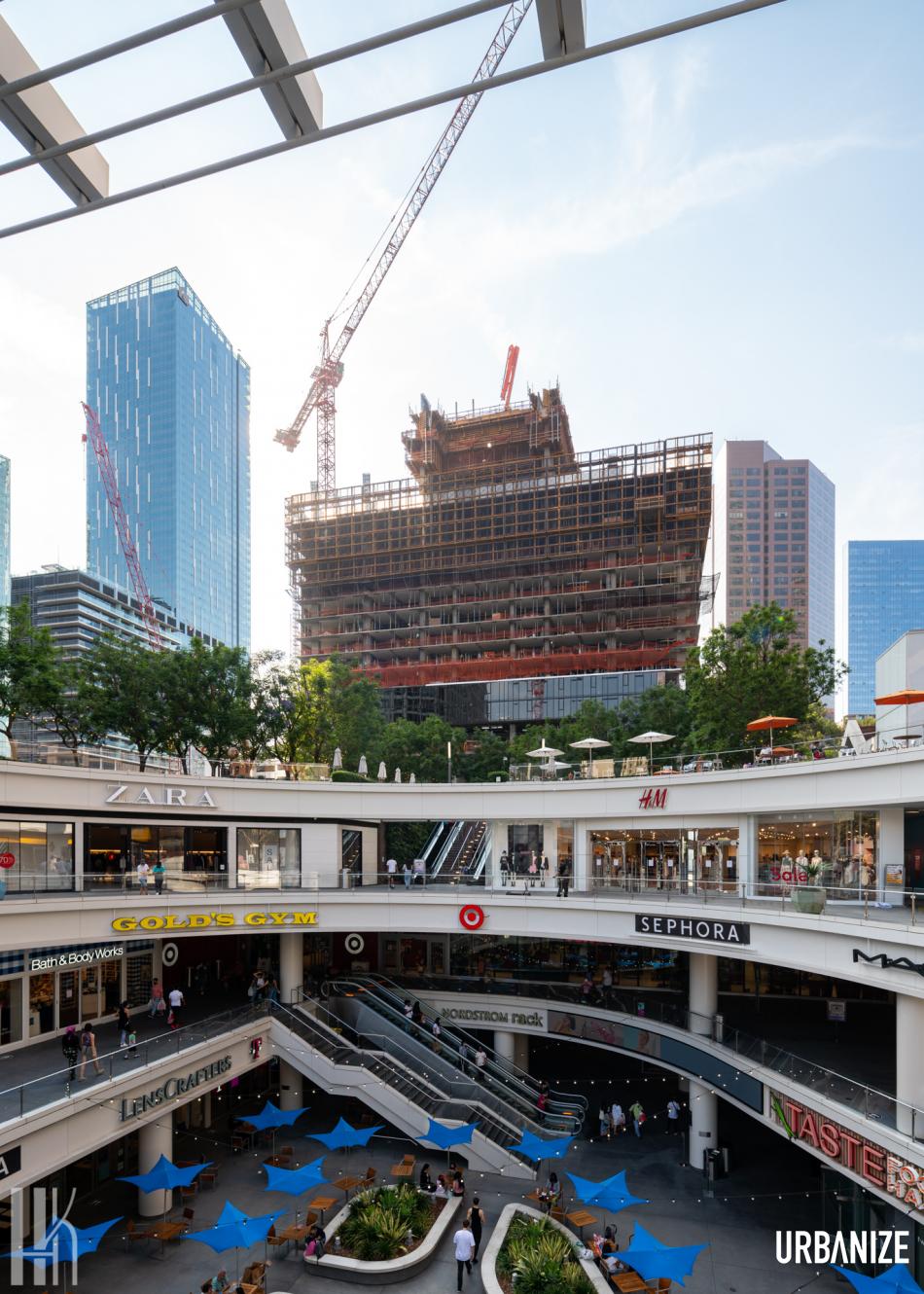 Brookfield, which has ranked as Downtown's biggest office landlord since 2013, is also spending $60-million on upgrades to the 1980s Wells Fargo Center and approximately $170-million on a renovation of the California Market Center in the Fashion District.

Other investors are also planning high-rise buildings in the neighborhood surrounding Figat7th.  As of last year, developer Mitsui Fudosan America is in the midst of vertical construction for a 42-story tower directly across the street from the mall.