Six years after the rumors started (and three years after construction began), you will soon be able to buy an iPhone at the restored Tower Theatre in Downtown Los Angeles. 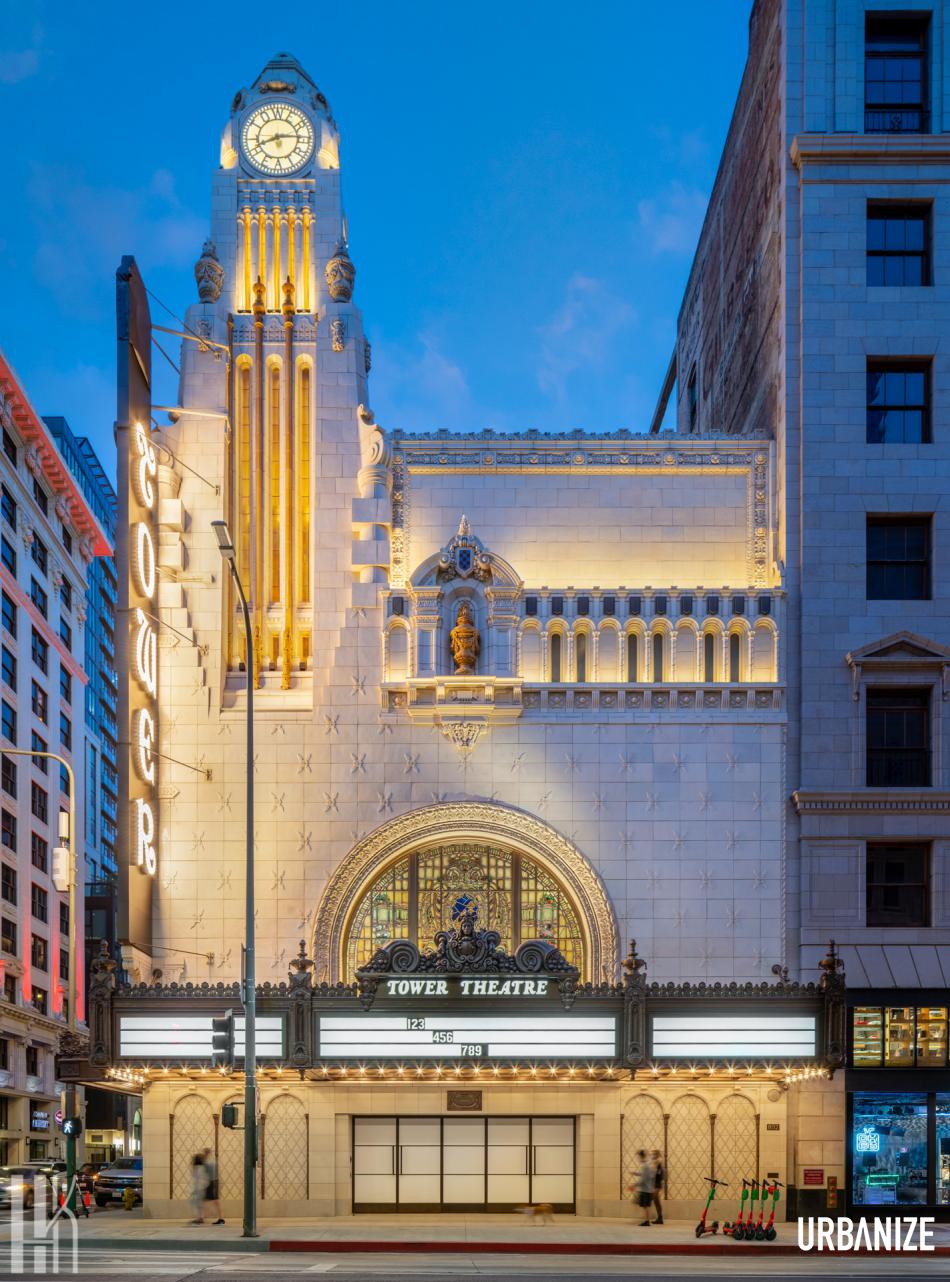 Apple is wrapping up work on its renovation of the 1927 landmark at 8th Street and Broadway, which is being converted into a one-of-a-kind retail store and event space.  In addition to a sales venue, the Cupertino-based tech giant will also use the vintage movie palace for programs, live events, and educational courses.

Foster + Partners designed the historic reuse project, working with Los Angeles-based Gruen Associates.  The two firms used original blueprints, photographs and records to restore the exterior of the theatre to its original appearance, repairing damage suffered by its namesake clock tower following an earthquake in the 1970s.  The more than 90-year-old building has also undergone a full seismic and structural retrofit.

The store is scheduled to open at 10 am on Thursday, June 24.

Rumors of Apple's interest in the Tower Theatre date to 2015, when realtor Brigham Yen began writing of a potential deal between the iPhone maker and the family which owns the property.  In the years that have followed, renovations have started at neighboring properties including the Broadway Trade Center, the Merritt Building, and the Garland Building (which are being revived as office space), as well as the Lane Building and the Singer Building (which will become housing). 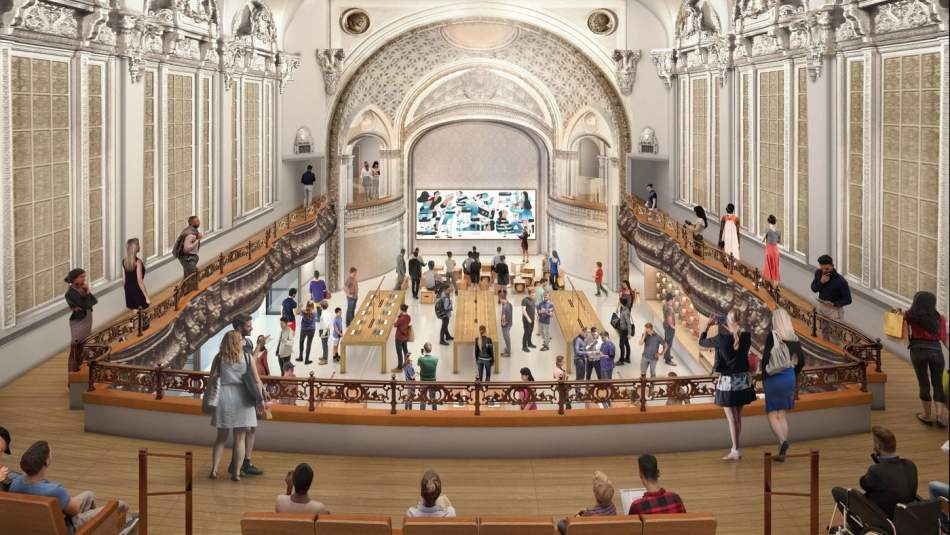 Rendering of the Tower Theatre's interior. Image via Apple.

The Broadway corridor has also emerged as a budding shopping destination for footwear, attracting new Footlocker, Shiekh, Jordan Brand, and Skechers retail stores.  Other retailers that have set up shop on include Ross and Urban Outfitters.

Outside of Downtown, Apple has also set down roots in Culver City, where a new office campus is being developed to house its content production division.  The company expects to employ more than 3,000 people in Culver City by 2026.