At 10 am today, the Apple Tower Theatre will make its debut at 8th and Broadway, marking the completion of a three-year restoration effort.  Take a look inside, courtesy of the Cupertino-based tech conglomerate. 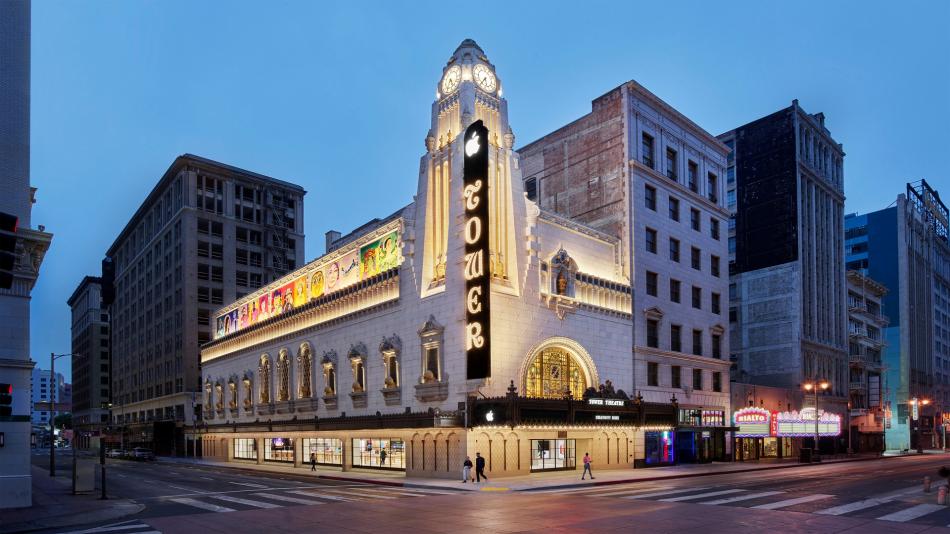 View of the Apple Tower Theatre from 8th and BroadwayApple

The Tower Theatre, which is Apple’s 26th location in the Los Angeles area, transformed an iconic movie palace at 8th Street and Broadway into a venue that is part retail store and part event space capable of hosting programs, live events, and educational courses.

“At every corner, Los Angeles bursts with creativity across the arts, music, and entertainment, and we are thrilled to build on our relationship with this special city,” said Apple’s senior vice president of Retail + People Deirdre O’Brien in a prepared statement. “Apple Tower Theatre honors the rich history and legacy of this entertainment capital.” 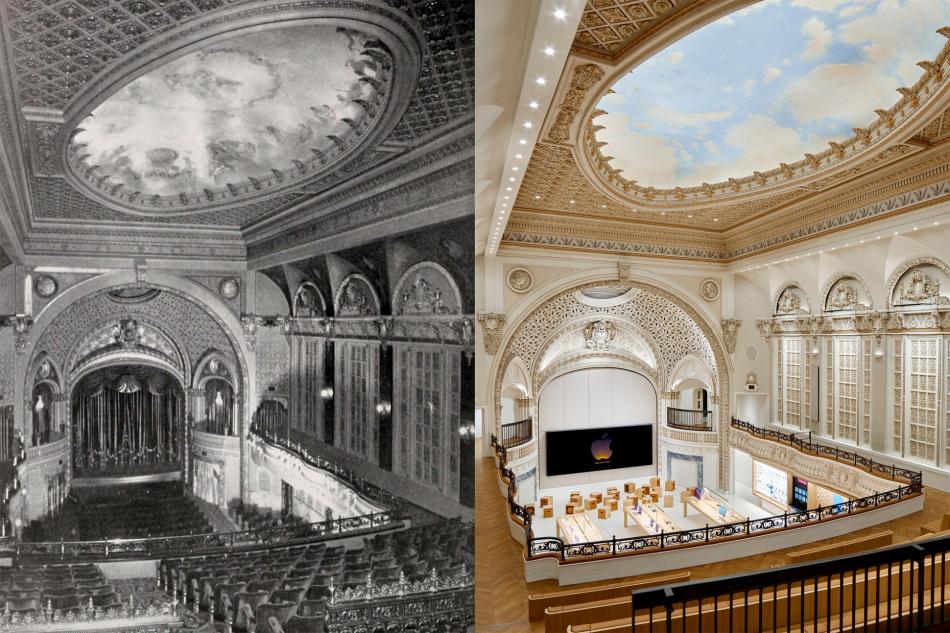 Foster + Partners designed the project, working with local partner Gruen Associates, using original blueprints, photographs and records to restore the exterior of the theatre to its original 1927 appearance, repairing damage suffered by its namesake clock tower following an earthquake in the 1970s.  The more than 90-year-old building has undergone a full seismic and structural retrofit.

Shuttered since 1988, the Tower Theatre went unused for nearly three decades, though smaller retail establishments leased the spaces along the perimeter of the building.  Apple's restoration opens the historic venue's interior to the public, including its ornate lobby, which was inspired by Charles Garnier’s Paris Opera house. 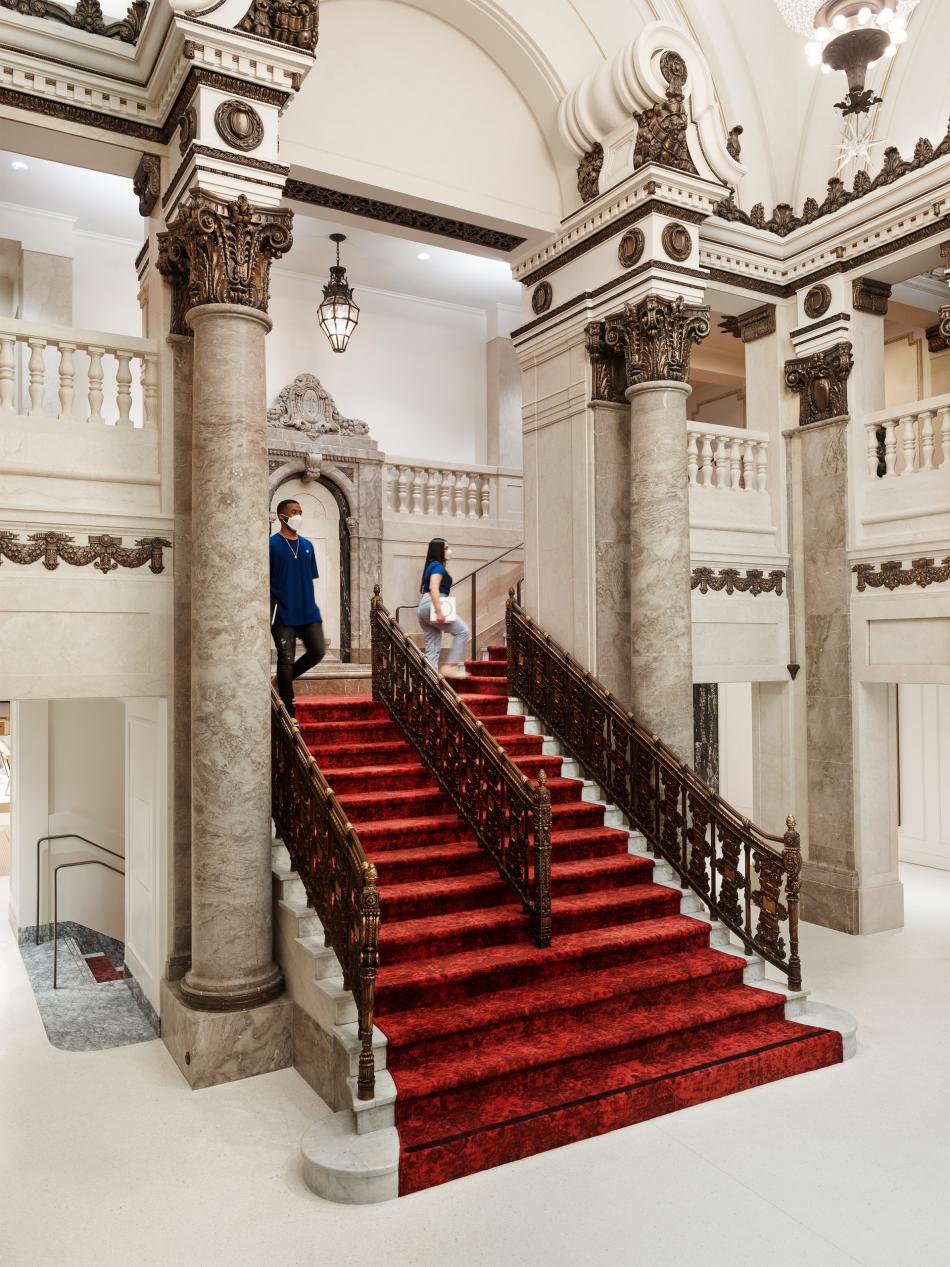 Outside of Downtown, Apple has also set down roots in Culver City, where a new office campus is being developed to house its content production division.  The company expects to employ more than 3,000 people in Culver City by 2026, joining 3,000 existing employees at its Los Angeles area retail stores.

Concurrent with the opening of the Tower Theatre store, Apple has announced a new initiative called Today at Apple Creative Studios, which aims to underrepresented young artists with access to technology, career-building resources, and skills training.  Partners in the effort include the Music Forward Foundation, Inner-City Arts, and the Social Justice Learning Institute.  To register, visit apple.com/creative-studios-la. 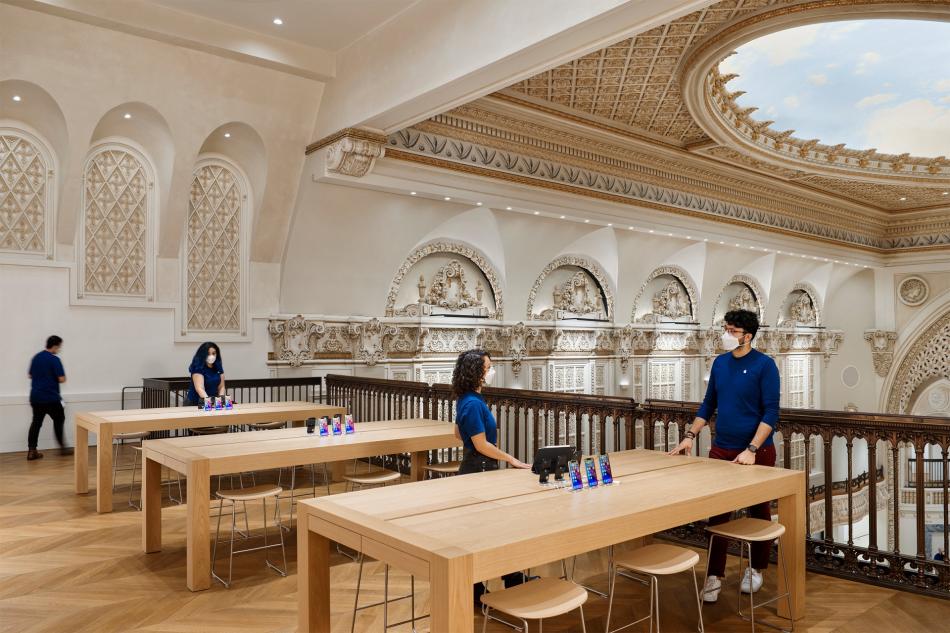