At its meeting earlier today, the Los Angeles City Planning Commission voted in support of a proposed live/work housing development in the Arts District, rejecting an appeal from the manager of a neighboring property which sought to block its approval. 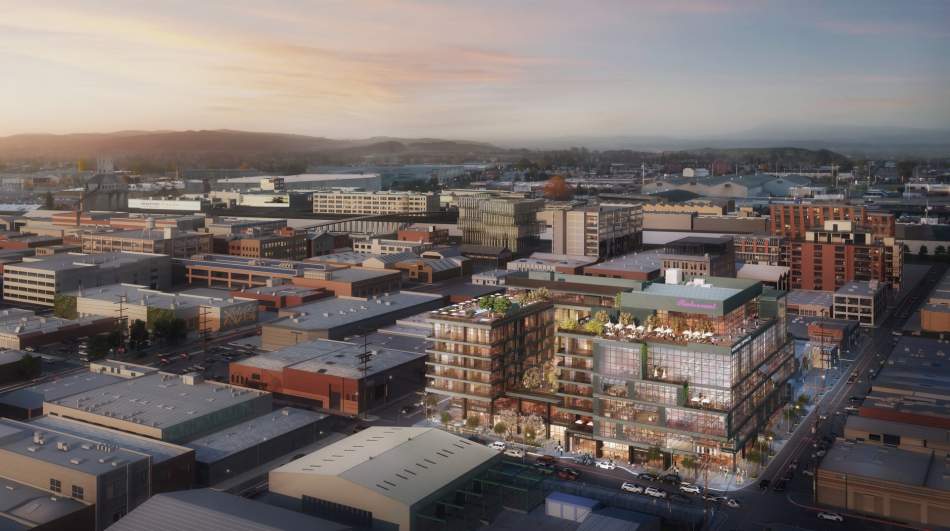 The project - submitted to the City of Los Angeles in 2016 as a joint venture between Mateo Arts, LLC and DART Partners, LLC - would redevelop a 1.4-acre property bounded by Mateo, Bay, and Sacramento Streets with a new eight-story, 127-foot-tall building featuring:

Designed by Gensler, the Mateo Arts building would have a C-shaped footprint and exterior finishes including brick, concrete, and metal.  The offices and residential units of the building are split into separate wings, each of which would have a series of upper level terraces that would create amenity decks for residents. 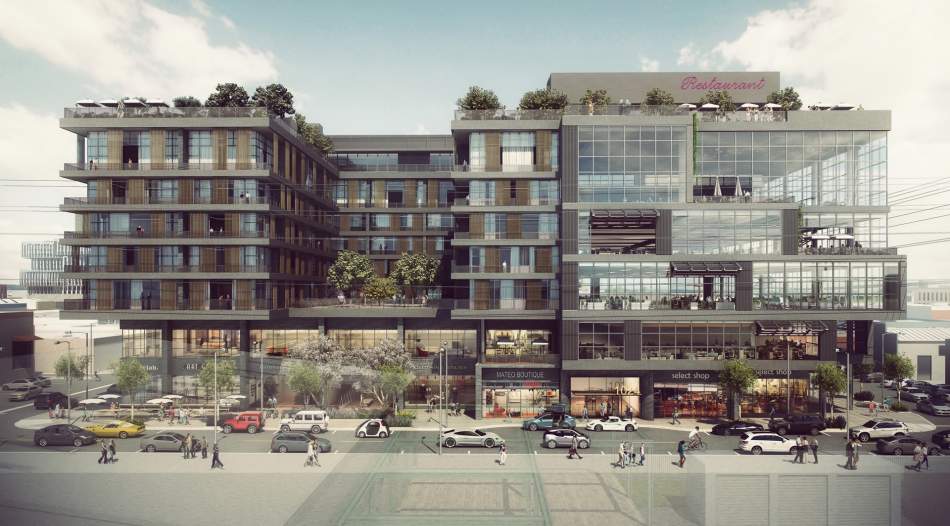 According to an environmental study adopted earlier this year by the Los Angeles City Council, construction of 1024 Mateo is expected to occur over an approximately 24 month period.  A groundbreaking date for the project has not been announced.

The Commission's vote to support the Mateo Arts project recommends that the City Council also adopt entitlements requested by its developers - including a general plan amendment and a zone change - and also require that the project set aside three additional apartments for rent by moderate-income households..  That comes against the objections of the manager of the neighboring Bay Street Arts lofts, who argued that the proposed building is incompatible with the industrial surroundings of the Arts District and would worsen traffic congestion and degrade the environment if built.  A staff report, finding no evidence to support the claims in the appeal, recommended rejection.

Despite the arguments of the appellant relative to the Arts District's industrial character, the neighborhood nonetheless is primed for change.  The Mateo Arts project is one of more than half a dozen mixed-use and office projects planned for the southern Arts District, which is now home to the West Coast headquarters of Warner Music Group and the Soho Warehouse private club.

Two blocks east on Violet Street, Lowe and Related Fund Management broke ground last year on a nine-story, 113,000-square-foot office building, while Onni Group recently approvals for a project that will include offices and a 36-story residential high-rise.  On Bay Street to the east of Santa Fe Avenue, developers Jade Enterprises and Tishman Speyer have planned two separate mixed-use campuses will also include new offices buildings. Additionally, the former parent company of Warner Music Group has partnered with Hines to plan a 450,000-square-foot office building just south of the historic Ford Factory that the record label now calls home.