After a two-year wait, California Plaza's Watercourt is back with a new name - but not its namesake element. 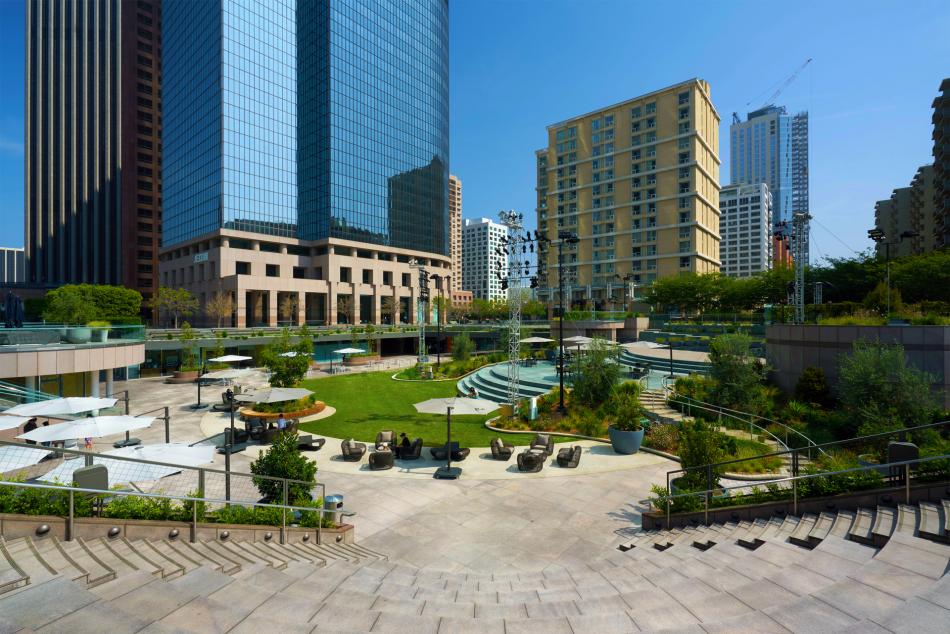 View of The Yard looking northeast toward Grand AvenueGrand Performances

The sunken plaza, located between the two office towers of the California Plaza complex, has been rebranded as "The Yard," following a multi-million dollar makeover by CIM Group, Omni Hotels, and Rising Realty Partners.  The Gensler-designed project removed a 40-foot-wide pond that was originally the centerpiece of the plaza, replacing it with grass potted plants, trees, and new seating areas.

The revamped space, though light on water, will once again play host to Grand Performances, the popular free outdoor concert series, which kicked off its 35th season last week.  The removal of the pond will allow attendees to sit closer to the performers, who will take the stage each weekend through the end of September.  This season will include a mix of styles, including jazz, hip-hop, flamenco, funk, and soul.

In addition to the patrons of Grand Performances, the Yard will also provide open space for workers in the office towers of Bunker Hill, as well as tourists visiting cultural institutions of Grand Avenue such as The Broad, MOCA, and the Music Center. 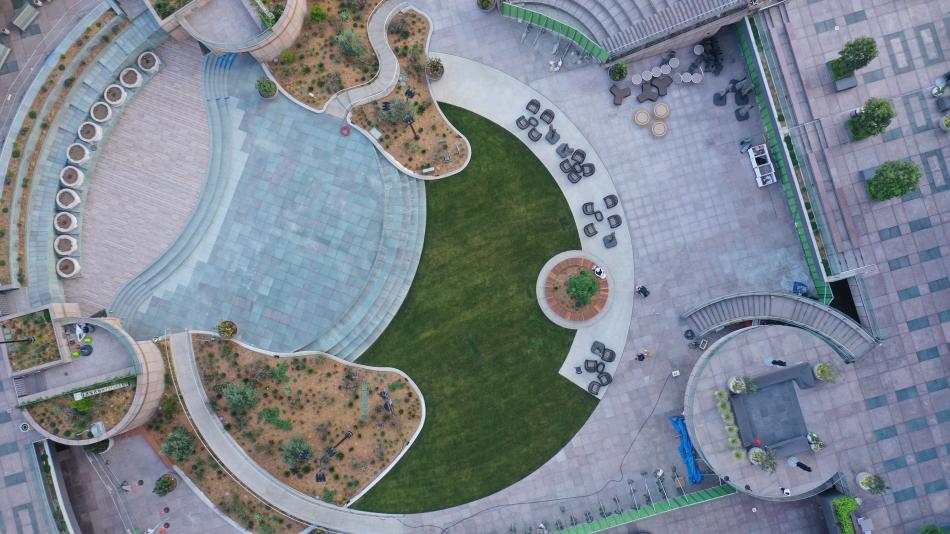 Aerial view of The YardGrand Performances

In the near future, The Yard could be flanked by two new towers to the east, where MacFarlane Partners, Peebles Corporation, and Claridge Properties are planning a mixed-use complex at the corner of 4th and Hill Streets known as Angels Landing.