In Downtown, developer Urban Offerings, in partnership with ESI Ventures, has completed renovations of a series of vintage Fashion District buildings, which have now reopened as offices for rent. 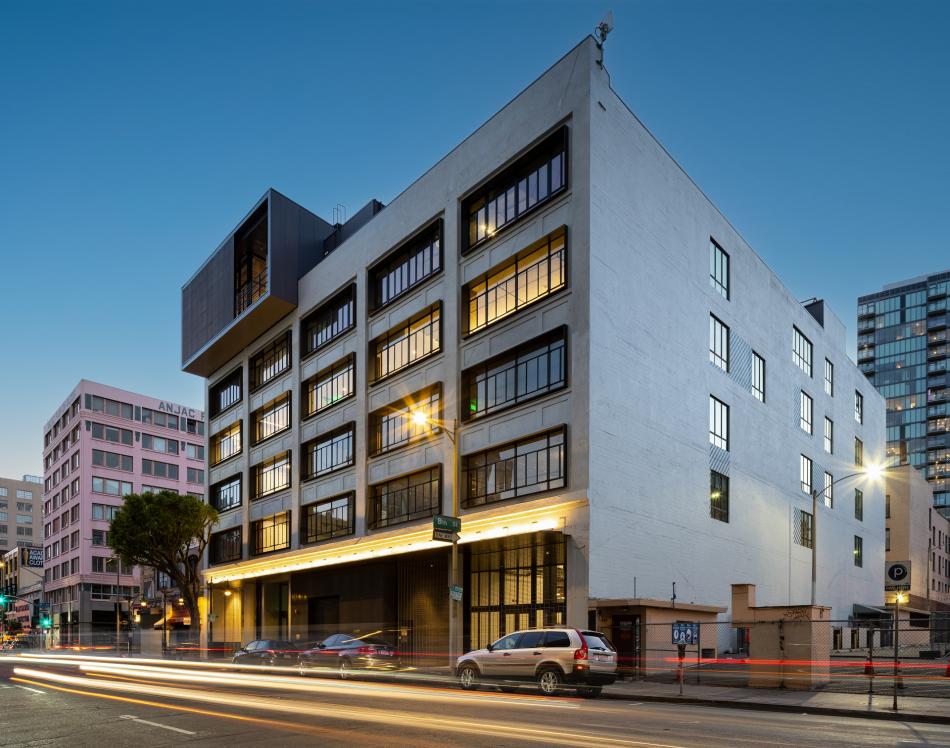 Due to its age, FABRIC also involved a full retrofit of the more than century-old Norton Building.

“The renovation transformed the project into one of the safest office buildings in Los Angeles” said to Urban Offerings senior vice president Marc Cucco. “We took the opportunity to modernize the entire building, and in the process, were able to contrast the existing concrete box with a dynamic rooftop addition. Neighborhoods are always evolving and we like the symbolism of the new and old elements working in harmony as a finished architectural composition.” 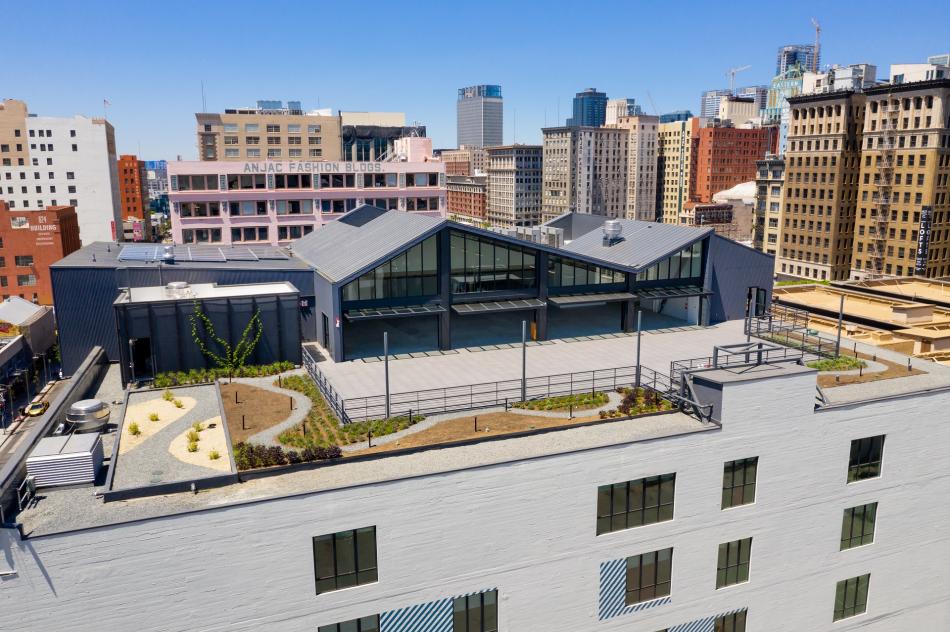 The design for FABRIC - which comes from a team that included architect of record Omgivning, design architect Lynch Eisinger, and Engelkirk Structural Engineers - retooled the building to include a covered seating space at street level, as well as operable windows at each floor.  The interior has been restored to its original board-formed concrete look.

Around the block, ESI and Urban Offerings have also completed work at 7MAIN, a series of early 20th century buildings that comprised the longtime home of Dearden's.

View of 7Main looking southeast from 7th and MainUrban Offerings

Named for its location at the southeast corner of 7th and Main Streets, the project involved “removing many of the piecemeal alterations and celebrating the return of the early 20th century material palette: brick walls, timber framing and cast-iron columns," according to Cucco.  The resulting product includes 148,000 square feet of office space on the upper floors of the building, with 20,000 square feet of ground-floor shops and restaurants located below.  Additionally, a 4,000-square-foot rear loading dock has been converted into a landscaped outdoor green space, accessible to both tenants and their guests. 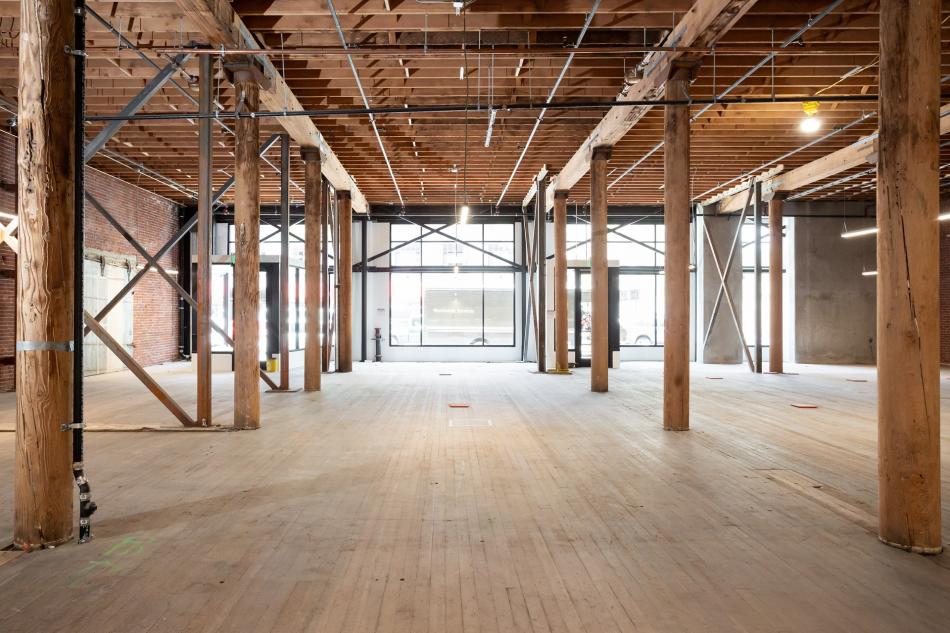 7Main, which was also designed by Omgivning, is unique among Downtown buildings of its era because of its use of heavy timber construction, as opposed to the steel and concrete-frame structures more commonly seen in the early 20th century.  The restoration emphasizes its wood-frame interior.

Urban Offerings, which led the project, is also developing offices near Metro's La Cienega/Jefferson Station, and is partnering on a proposed residential high-rise at the intersection of 7th and Maple Streets in the Fashion District. 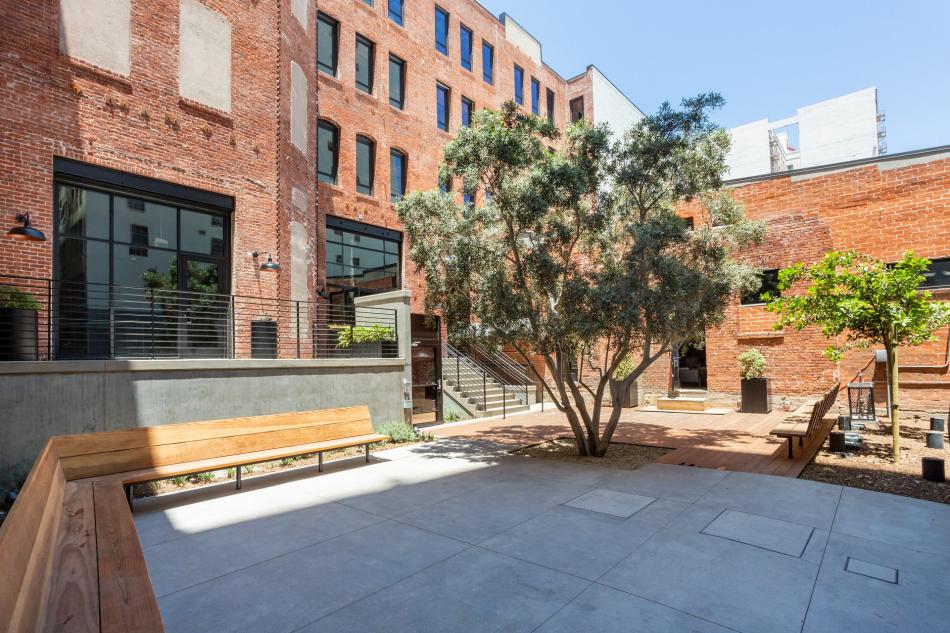