One year after breaking ground in Downtown Los Angeles, construction has progressed to the fourth floor above ground at the Lamp Lodge with permanent supportive housing. 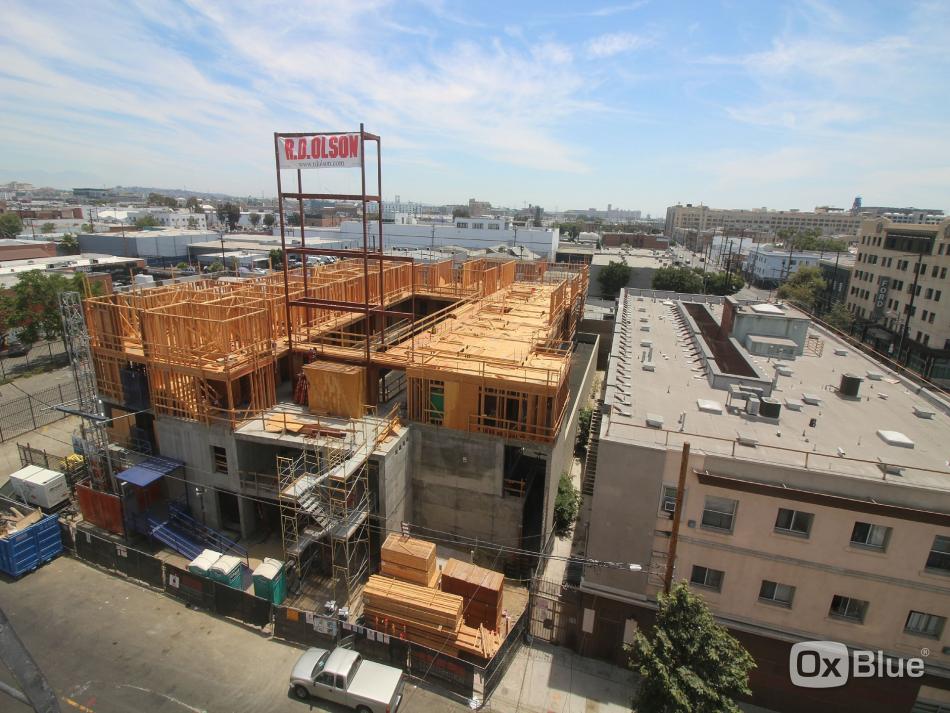 The project, which is being developed by Westwood-based Meta Housing Corp., will reserve its apartments for households earning at or below 30 percent of the area median income, according to a June 2019 staff report to the California Tax Credit Allocation Committee.  Rents would be set between $294 and $509 per month.

KFA Architecture and Jag Interiors are designing the project, which is depicted in a conceptual rendering as a colorful podium-type building.  Planned amenities and ancillary features include a laundry facility, a community room, and an open courtyard.

Completion of the Lamp Lodge development is anticipated in early 2022, its general contractor R.D. Olson Construction announced at the time of its groundbreaking.