The master plan to remake the Silver Lake Reservoir as the centerpiece of a large urban park continues to wend its way through the review process. 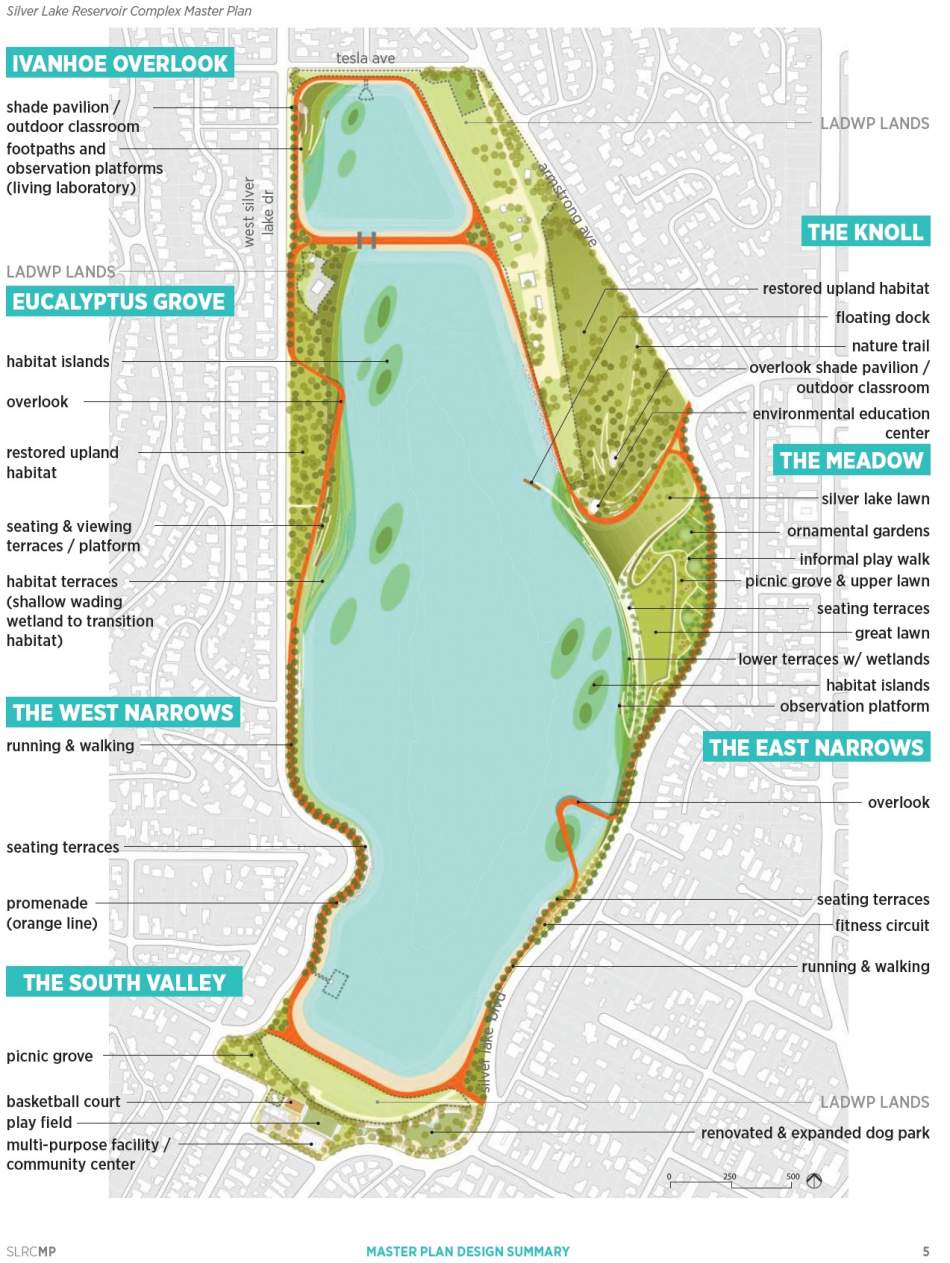 Plans call for the construction of a 2.5-mile tree-lined promenade is proposed around the perimeter of the reservoir, linking the various park elements together. Additionally, the master plan envisions the creation of a two-way buffered bike corridor along a 3,000-foot stretch of Silver Lake Boulevard on the east side of the reservoir between Armstrong Avenue and Duane Street. In one option under consideration, this change would allow for the addition of 135 street parking spaces, shielding cyclists from automobile traffic. 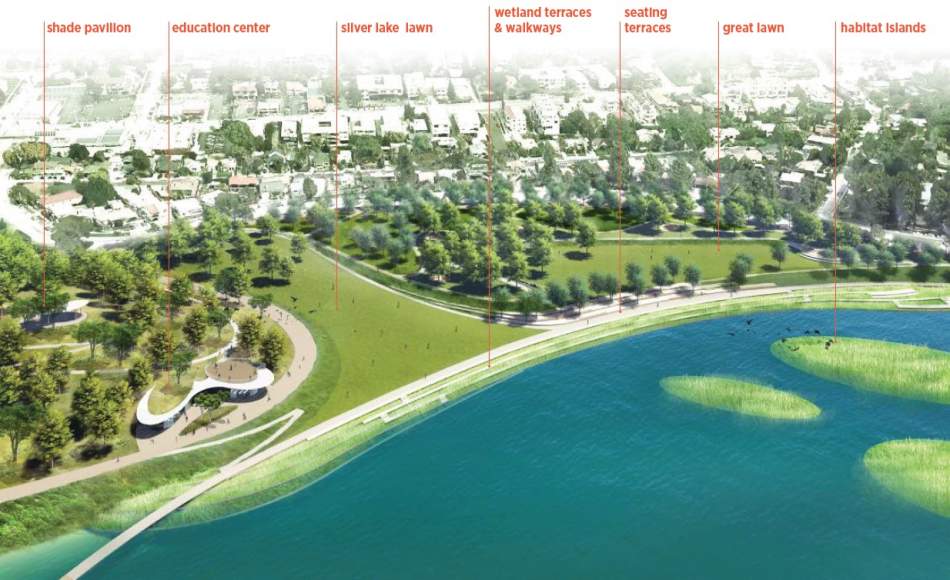 While no definitive timeline has been set for implementation of the master plan, which remains contingent on the availability of funding, the environmental impact report points to a potential two-phase construction period. The first phase would be composed of improvements to the Ivanhoe Reservoir, the Eucalyptus Grove, Habitat Islands, the Knoll, and the Meadow. That would be followed by a second phase, consisting of the East and West Narrows, the South Valley, and additional upgrades to the Ivanhoe Reservoir and the Meadow. In total, the shortest possible construction timeline for the full suite of improvements is estimated at five years.

While no funding has been allocated to complete the master plan projects, completion of the environmental impact report opens the door to funding sources. The city, according to the Silver Lake Master Plan website, is currently on track to finish that process by Summer 2023.

Built in the early 20th century ago by William Mulholland, the reservoir once provided drinking water for much of Central Los Angeles, but were phased out of use as a result of changing Federal policy in 2006. The approved master plan was initiated in 2018, following a community-driven proposal which envisioned a similar range of improvements.