Above the Los Angeles River, construction is in full swing at the $588-million Sixth Street Viaduct, connecting Downtown Arts District with Boyle Heights.  A draft environmental study published by the City's Bureau of Engineering offers a glimpse (and a potential timeline) for the roughly 13 acres of new park space that will be built in conjunction with the project.

East Park, located at 6th Street and Mission Road in Boyle Heights, is the largest of the three subareas of PARC.  In addition to meadows, picnic areas, a splash pad, event space, and other landscaped settings, this section of the project would include a soccer field, a basketball and volleyball court, and eventually space for skateboarding.

Arts Plaza and River Gateway, located directly below the viaduct at Santa Fe Avenue and Mesquit Street, would include a stage and terraced seating for performances, and eventually a plaza featuring a cafe and restrooms.

Funding for the arts plaza includes a $1.9 million contribution from the late developer Leonard Hill, a partner at Linear City.  As of 2016, the 1.4-acre space was to be named The Leonard Hill Arts Plaza.

West Park, located at 6th and Mateo Streets, would include a large performance lawn, a dog park, and space for fitness equipment. 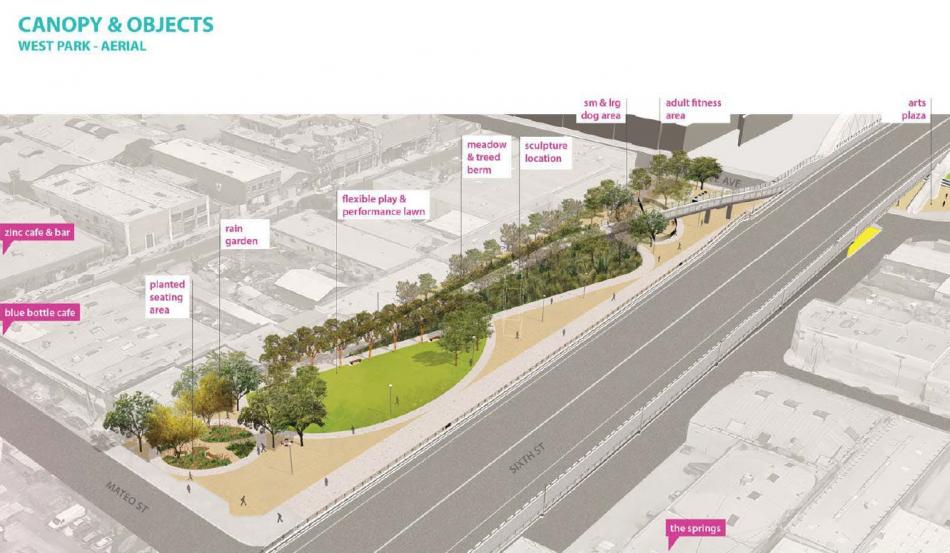 PARC, which was previously estimated to cost $29 million, is expected to be built following substantial completion of the Viaduct - now on pace to occur in mid-2022.  Work on the green space would kick off in September 2022 and conclude in 2024, according to the environmental study.

A second phase of the project, which calls for the construction of landscaped terraces along the west bank of the Los Angeles River, is expected to begin in 2025.  However, that timeline could be accelerated to begin concurrent with Phase 1, should the City identify funding and secure necessary approvals for construction in the river channel.

The design of the park space is also expected to complement new transportation projects within the Arts District and Boyle Heights, including a new segment of the Los Angeles River bike path and a proposed extension of Metro's B and D Lines to 6th Street. 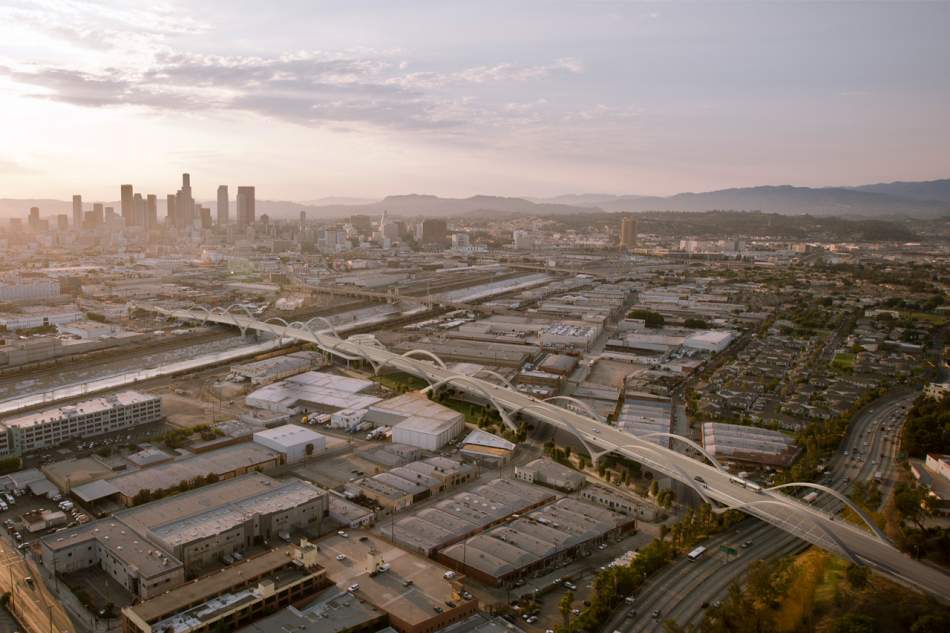