According to a presentation scheduled for the December 16 meeting of the West Hollywood Planning Commission's Design Review Subcommittee, San Rafael-based EAH is seeking to redevelop three single-family homes located at 1041-1049 N. Martel Avenue with senior affordable housing. The proposed project, located just south of Santa Monica Boulevard, would include 50 studio, one-, and two-bedroom dwellings above parking for 19 vehicles.

KFA Architecture is designing the proposed development, which according to a design narrative, is rooted in the concept of a "front porch." The building greets Martel with its main entrance and lobby, surrounded by amenities such as a community room and a multipurpose space. It takes a U-shaped footprint above the podium level, wrapping a landscaped courtyard.

A staff report is largely complimentary of the project, though it points to several areas of suggested improvement. 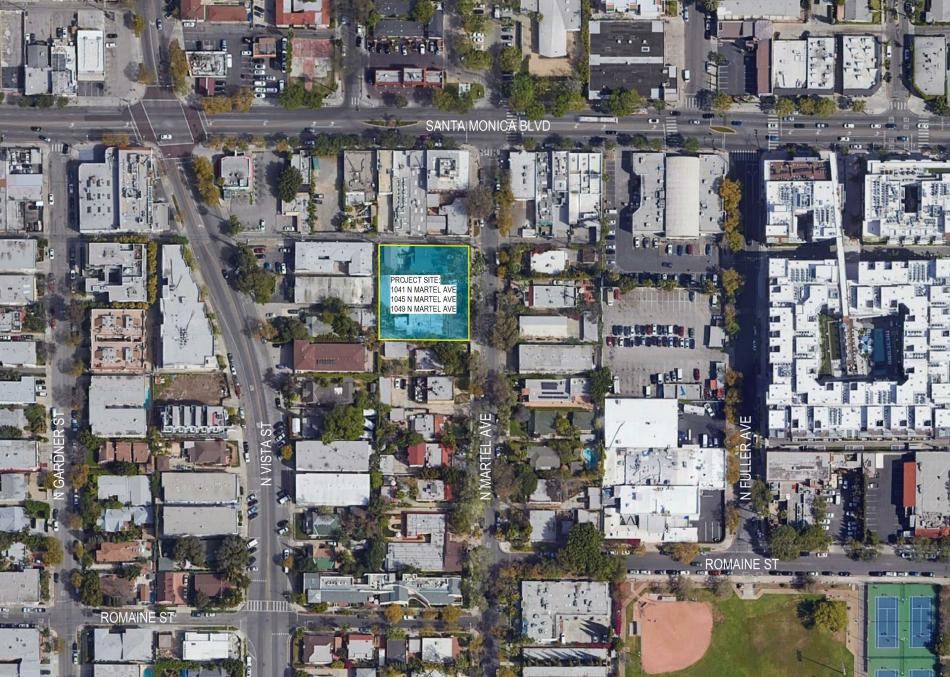 "Overall, this affordable housing project is a much- needed addition to the
neighborhood and its location is extremely well-suited, proximate to Plummer Park," reads the report's conclusion. "The applicant team’s design proposal looks to reduce impacts in bulk and scale with
careful massing, large multi-level open spaces and courtyard spaces, and material
changes."

The report discourages the use of stucco as an exterior finish, and recommends improvements to the project's stormwater management program and the use of rooftop solar.

EAH Housing, which previously developed a permanent supportive housing complex in South Los Angeles and is now wrapping up work on a senior affordable project in Santa Monica, is also behind plans for new apartments in Hollywood and at the site of Santa Monica's defunct Nikkei Hall.