Almost a year after we last stopped by, the metal exterior of a new co-living apartment complex is taking shape in East Hollywood's Melrose Hill neighborhood. 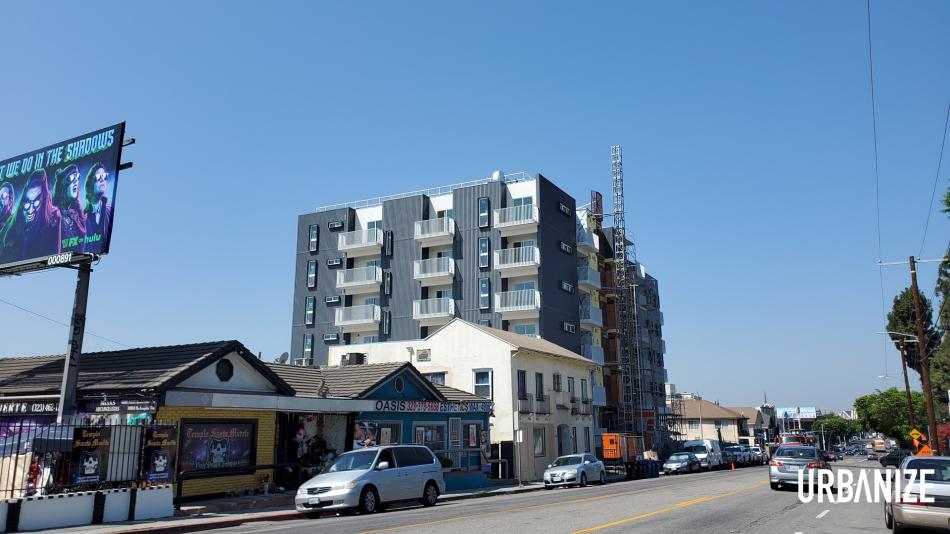 The project at the southeast corner of Melrose and Oxford Avenues, named Magnolia, is being developed by New York-based real estate investment firm Six Peak Capital.  The seven-story podium structure will feature 42 studio, three-, four-, and five-bedroom apartments above parking for 28 vehicles.

The Albert Group Architects is designing the project, which will include a community room, a central courtyard, and a rooftop deck overlooking Melrose Avenue.

The approximately $16-million development is on pace to open later this year.

The project site sits one block west of the intersection of Melrose and Serrano Avenues, where a similar project featuring 51 apartments and ground-floor retail space recently debuted.