In Echo Park, a long empty lot overlooking Sunset Boulevard is finally being developed with housing. 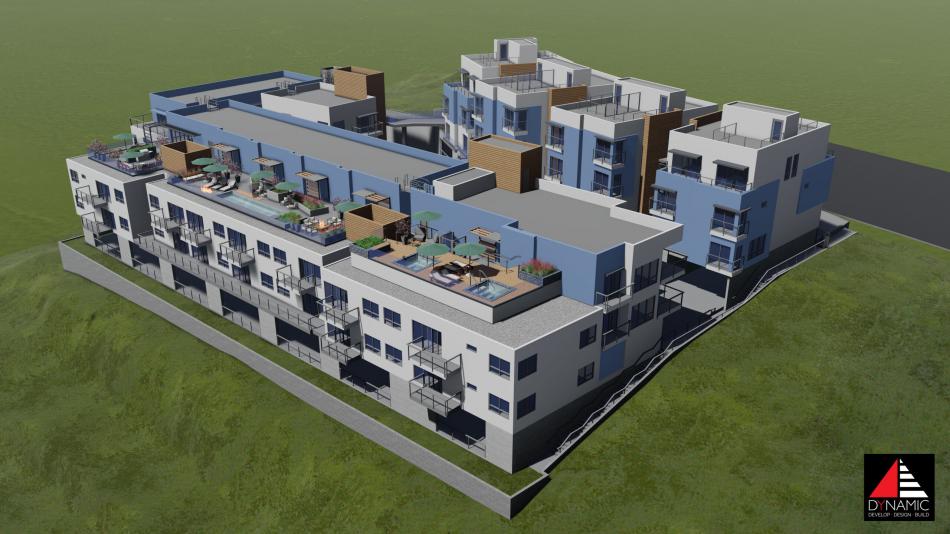 The property, located at 1011 N. Everett Street, is an amorphous one-acre site located across the street from the teardrop-shaped Everett Park.  Plans approved last year by the City of Los Angeles will allow for the construction of two three-story buildings on the land, creating a total of 49 apartments above basement parking for more than 50 vehicles.

Dynamic Development Co., the applicant which initiated entitlements for the project in 2016, will be required to set aside four of the new apartments as affordable housing at the very low-income level in exchange for density bonus incentives granted by the City of Los Angeles.

Renderings of the apartment complex, which is designed by in-house architects with Dynamic, depict two contemporary low-rise structures with street-facing patios and a central courtyard in-between.  A rooftop deck on the western building will overlook both Echo Park and the Downtown skyline. 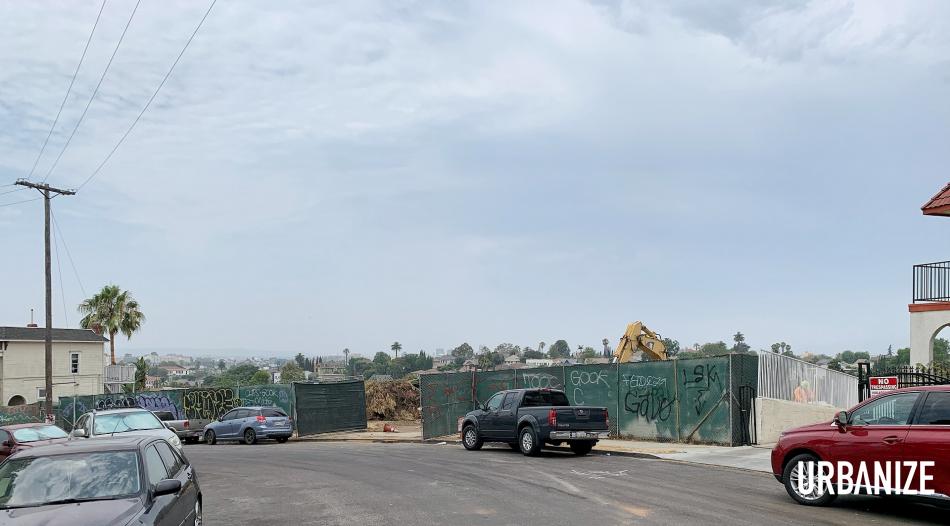 The project site sits within a section Echo Park where several other property owners have also sought city approvals to redevelop land, including the former home of the Metropolitan Water District down Everett Street, where Palisades is planning a trio of high-rise buildings featuring offices, housing, and retail.  Likewise, a corner lot at the intersection of Sunset and Everett is poised for the construction of a mixed-use building featuring more than 200 apartments.

Outside of Echo Park, Dynamic Development is also in the midst of construction on a five-story, 87-unit development with commercial uses at Western and Franklin Avenues in Los Feliz.