Champion Real Estate Company is the latest firm to try its hand at a mixed-use development in Echo Park. 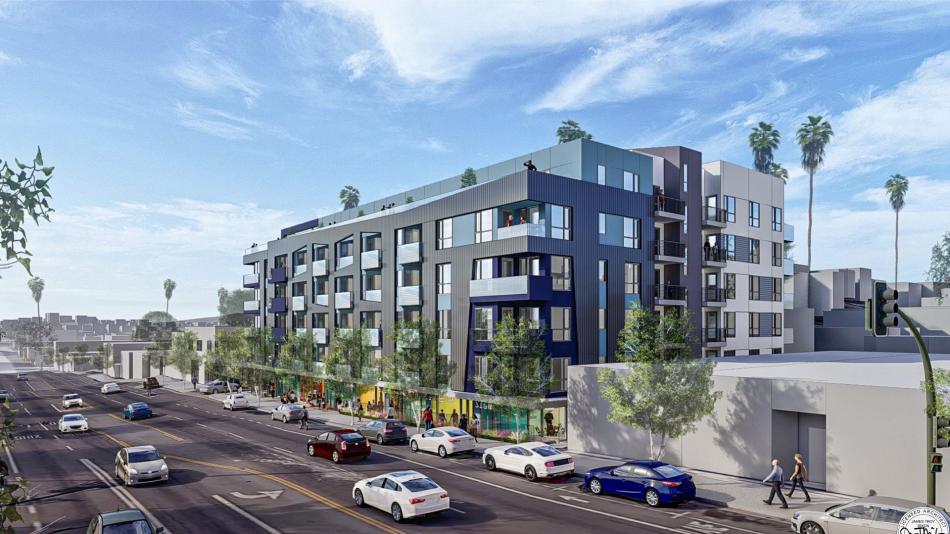 Earlier this month, the Brentwood-based company filed an application with the Department of City Planning to redevelop a nearly one-acre site located at 1483-1503 Sunset Boulevard.  The project, which would replace a surface parking lot and a pair of recently refurbished commercial buildings, calls for the construction of a six-story edifice featuring 136 studio, one-, and two-bedroom apartments above 8,000 square feet of ground-floor retail space and a two-level, 116-car subsurface parking garage.  Five existing apartments in a two-story structure at 1501 Sunset would also be retained.

Champion's is pursuing entitlements using Transit Oriented Communities incentives to achieve greater height and density than permitted by zoning.  The developer would set aside 15 of the proposed apartments as affordable housing at the extremely low-income level in exchange for the bonus floor area and other incentives.

AC Martin is designing the apartment complex, named Sunset & McDuff for its cross streets, which would face Sunset Boulevard with a facade of ribbed metal panels.  The project would include outdoor amenity spaces at its podium and fifth floor levels, including a central courtyard with a swimming pool and a rooftop deck. 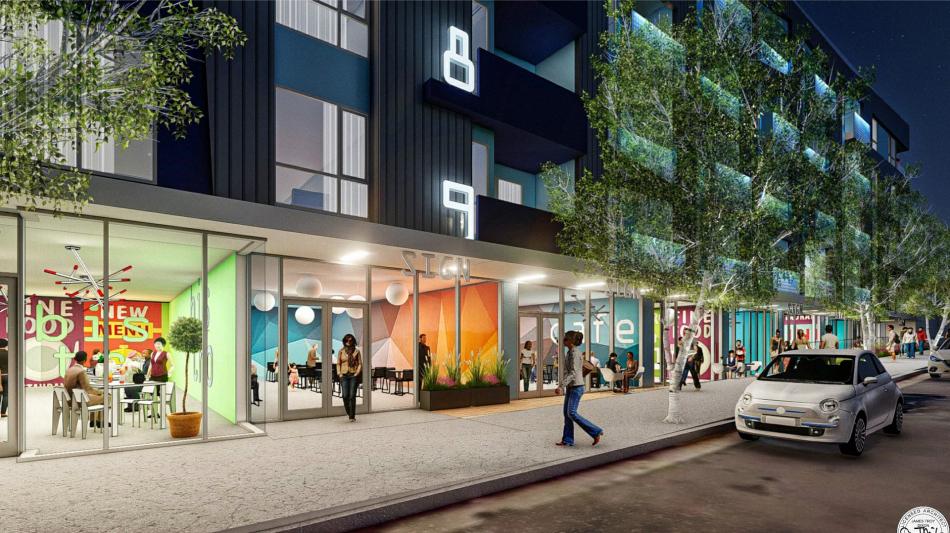 Pending approvals by the City of Los Angeles, Champion expects to build the project over a roughly 23-month period beginning in 2022 and concluding in 2024, according to findings included with the project's entitlement application.

The apartment complex is the latest in a series of new developments planned for the low-slung stretch of Sunset Boulevard that winds its way through the Echo Park community, joining similar mixed-use and multifamily projects from Holland Partner Group, Cypress Equity Investments, and Aragon Properties Corp.

In addition to its proposed Echo Park project, Champion has made its mark in Hollywood, where the company has entitled two mixed-use projects that were later completed by Jamison Services and Mill Creek Residential Trust.  The developer has also secured approvals to build a 30-story high-rise near the Capitol Records Building.