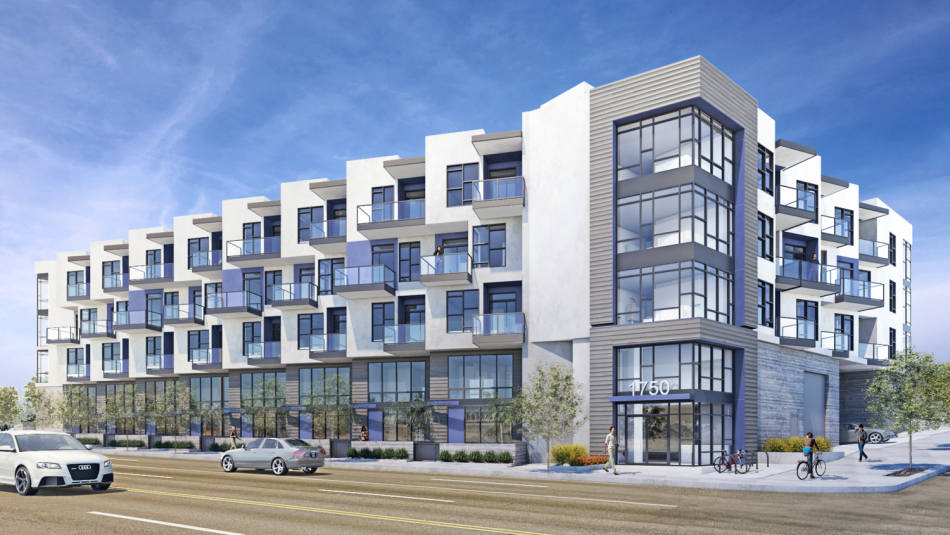 The project, which was built by Aragon Properties Corporation, consists of a five-story edifice featuring 70 residential units above a subterranean parking garage.  Approved plans require that eight of the apartments will be set aside for rent by lower-income households in exchange for density bonus incentives permitting a larger structure than allowed under zoning.

Urban Architecture Lab designed the contemporary podium-type building, which will include a central courtyard and a rooftop deck.  While the project lacks ground-floor commercial space, its Glendale Boulevard frontage will be activated through eight street-fronting live/work units.

The apartment complex is on pace to open later this year. 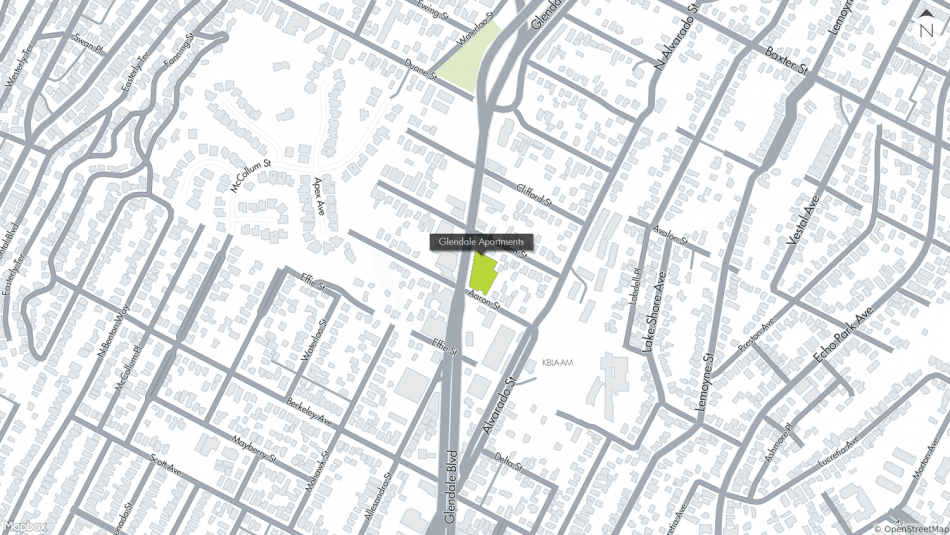 Aragon Properties is also behind a handful of other mixed-use and multifamily residential developments, including a proposed housing and retail complex on Sunset Boulevard and two apartment buildings now under construction in Westlake.