Not far from the intersection of Temple Street and Glendale Boulevard, yet another vacant site has given way to infill housing. 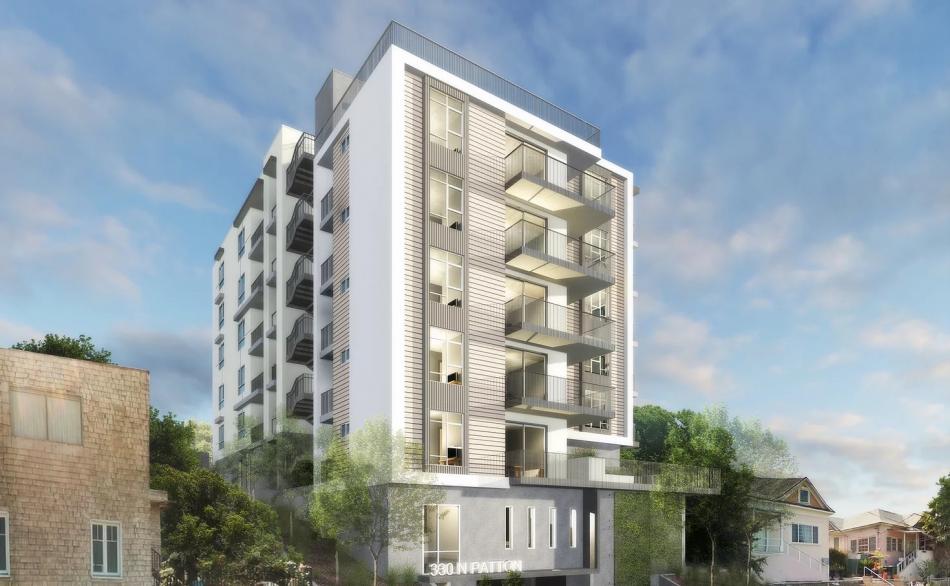 DE Architects is designing the project, which consists of five levels of wood frame construction above a two-level concrete garage.  Renderings depict a contemporary apartment complex lined with cantilevered balconies and capped by a rooftop deck.

City records and Los Angeles County Assessor's data list the owner and builder behind the project as South Park Group, a real estate investment firm based out of the Beverly Grove community.  The company previously built a 44-unit apartment complex on a neighboring property to the north.

Both sites sit opposite Patton Street from a half-acre pocket park which opened in 2015. 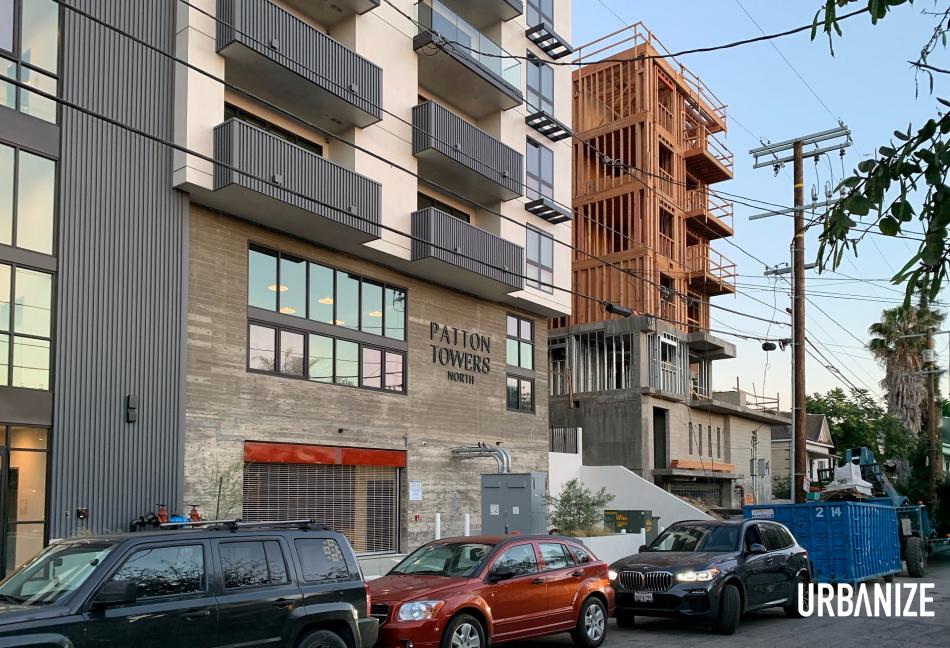 Several similar multifamily residential buildings are rising in the hilly neighborhood to the south, including new projects from 4Site Real Estate and Aragon Properties.