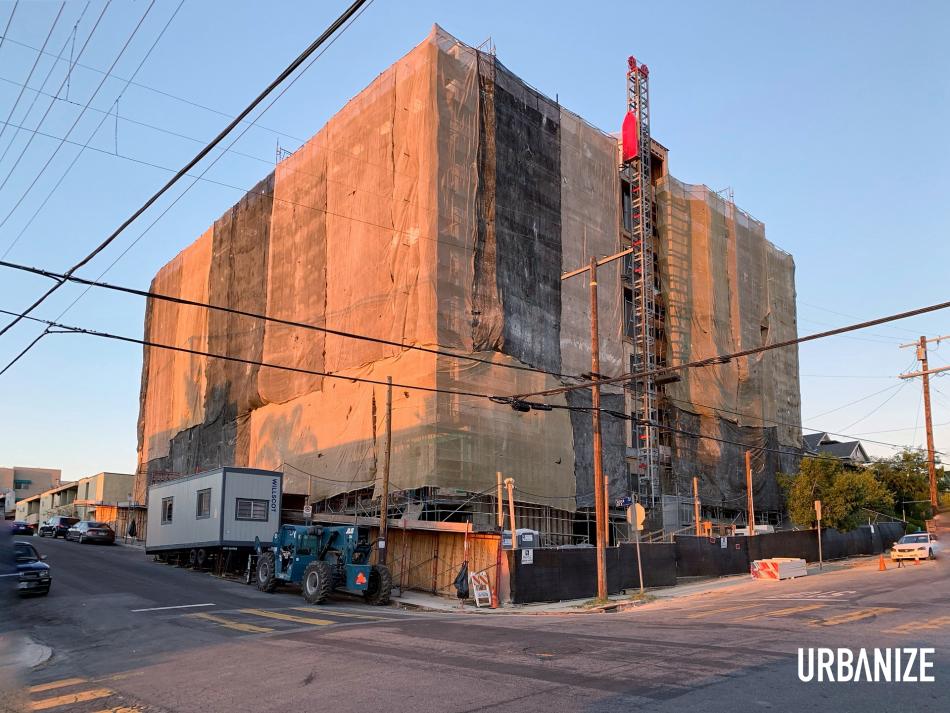 The projects, which sit on neighboring properties at 1314-1320 W. Court Street and 1315-132 W. Colton Street, will each consist of six-story structures containing 120 apartments - including 10 very low-income affordable units - above parking for 149 vehicles.  The apartments will come in a mix of one- and two-bedroom dwellings, and be complemented by amenities such as a community room and rooftop decks.

At 1315 Colton Street, vertical construction of the six-story edifice is now complete, and exterior finishes are beginning to take shape.

One block north at Court Street, wood framing is starting to rise above the building's concrete podium.

Both projects feature a near identical look, courtesy of Irvine-based Coe Architecture.  A landing page from the firm's website describes the design concept as a "strong lattice of white frames" which references the Los Angeles street grid.

The two apartment buildings are among a handful of new developments within walking distance of Vista Hermosa, with similar projects from 4Site Real Estate and South Park Group either planned or under construction nearby.

Besides its developments on Court and Colton, Aragon Properties is also behind a new five-story, 70-unit apartment complex on Glendale Boulevard, and a proposed 204-unit development on Sunset Boulevard.