A 1940s single-family home in the Mid-City neighborhood could be razed for a new small lot subdivision, according to an application submitted earlier this month to the Los Angeles Department of City Planning.

The proposed project, which would rise just south of Ballona Creek at 1800 S. Ridgeley Drive, calls for clearing the existing building to make way for of eight single-family dwellings in a mix of two- and three-bedroom floor plans.

City records list the project applicant as Steve Stapakis through the entity Pocket Tens, LLC, which acquired the property in 2021 for roughly $1.76 million.

Architect David M. Parker is designing the small lot homes, which are depicted as a series of colorful four-story buildings centered around a private driveway. Each home would include a rooftop deck and a ground-level garage, and share a common landscaped space at the southeastern corner of the property. 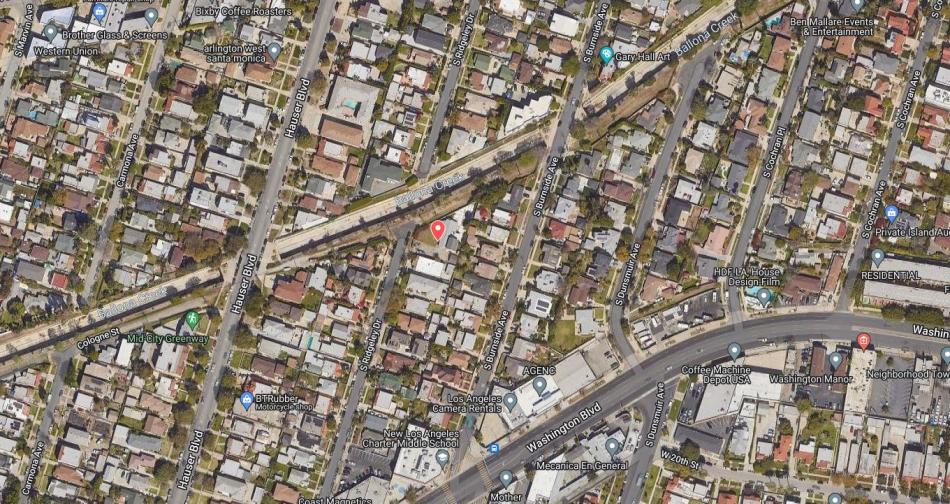 The project is one of a number of new small lot subdivisions slated for properties flanking Washington Boulevard in the Mid-City area.