For the first time in more than 20 years, El Segundo is taking steps to update its Downtown Specific Plan, potentially paving the way for taller buildings in the city that unironically brands itself as “Mayberry by the Sea”.

The existing specific plan, adopted in August 2000, encompasses nearly 44 acres of space, largely centered on Main Street between Mariposa Avenue to the north and El Segundo Boulevard to the south, as well as a stretch of Richmond Street to the west. Existing development within the neighborhood includes buildings up to three stories in height, with uses that include shops, restaurants, and offices, as well as a small amount of housing and civic spaces. 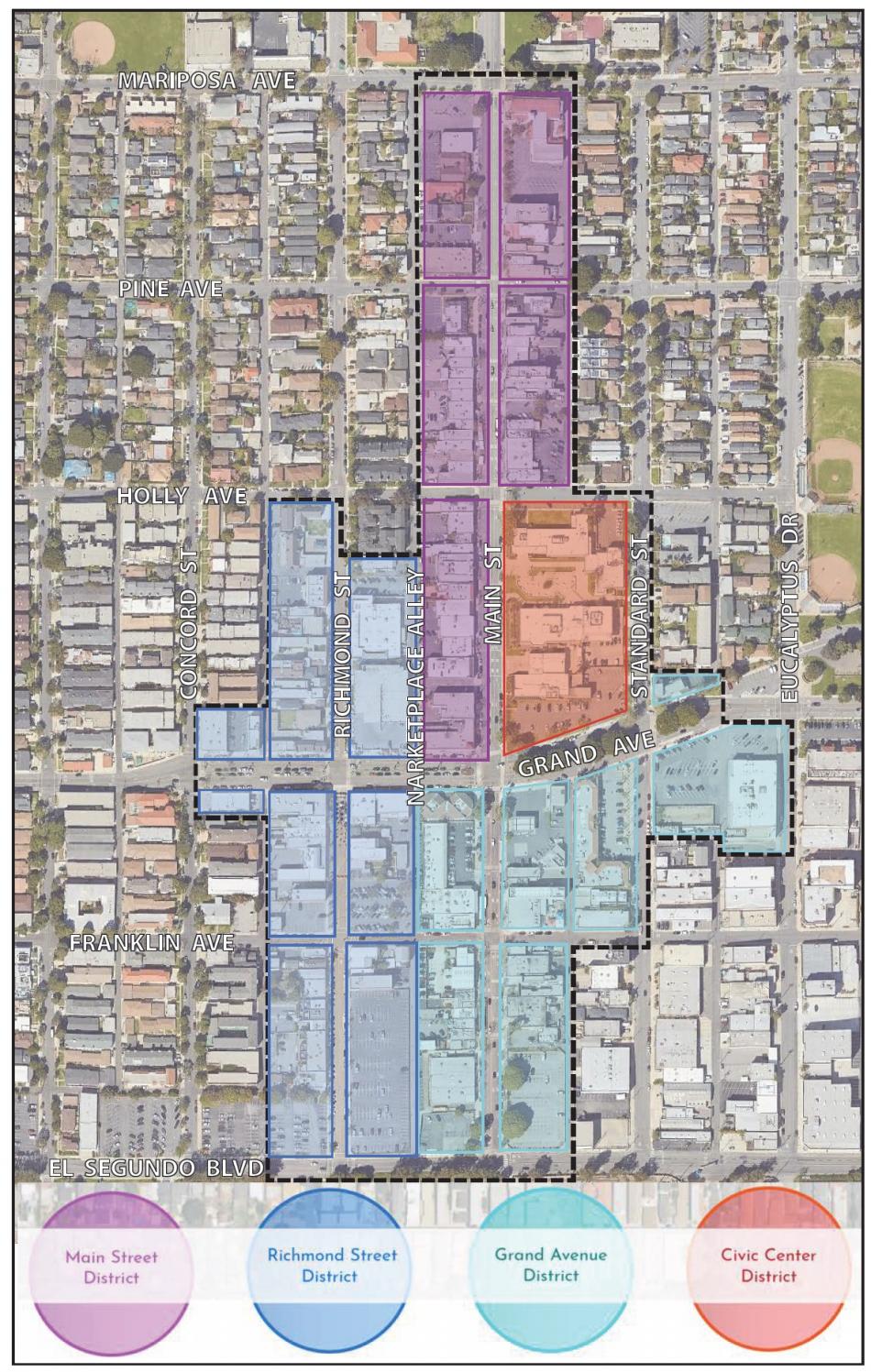 The Main Street district, described as the "heart" of the specific plan, includes properties along Main between Mariposa in the north and Grand Avenue to the south. Building heights would range up to a maximum of 45 feet in height, with a stepback away from the street. Allowable uses would include stores and restaurants on the ground floor, with offices and residential units permitted on the levels above.

Richmond Street, located one block to the west of Main, is home to some of El Segundo's oldest commercial buildings - including the Old Town Music Hall. Like Main, buildings would retain a maximum allowable height of 45 feet, although an existing 25-foot stepback requirement would be removed. Permissible uses would similarly include street-level shops and restaurants, with offices and residential units allowed above.

The Grand Avenue district, located at the southernmost area of the specific plan area, is described as a western gateway to El Segundo, and is intended to accommodate new office and residential uses in some of the tallest buildings permitted within the specific plan. Maximum building heights would be set at 60 feet, up from 45 feet under current zoning, with lot area, floor area ratio, and density limits dropped in favor of a form-based regulations. The Grand Avenue district is also the only area in which the boundaries of the specific plan will grow - eight parcels along the eastern boundary will be added and rezoned through the effort.

The Civic Center district, located along the east side of Main between Holly and Grand Avenues, comprises government facilities including City Hall, the El Segundo Police Department, the El Segundo Fire Department, and a public plaza. The specific plan aims to maintain the area's existing focus on public uses, while also enabling Civic Center redevelopment with buildings up to a maximum of 60 feet in height.

The specific plan's changes also extend to the public realm, with expectations for expanded pedestrian areas along Main, Richmond and Grand, as well as buffered bike lanes along Main and Grand. An existing truck route on Main between Grand Avenue and El Segundo Boulevard would be eliminated, while Richmond Street may be closed to vehicles between Franklin Avenue and Grand.

The specific plan update, currently in the environmental review phase, is slated to be adopted sometime in Summer 2023.