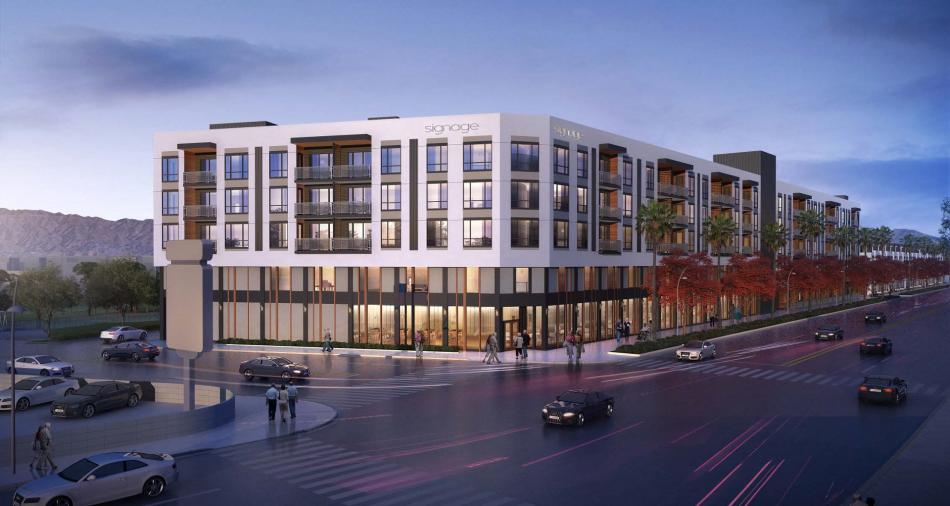 The latest project, submitted recently to the Department of City Planning for review, would rise from a roughly 2.3-acre site at the northeast corner of Ventura Boulevard and Colfax Avenue in Studio City, replacing a series of commercial buildings which house an automobile rental business. The proposed development, named Ventura & Colfax for its cross streets, would be split into two components.

At the western side of the property, adjacent to the project's namesake intersection, plans call for the construction of a five-story building featuring 129 assisted living apartments and 25 dementia care units.

The eastern side of the property, which hugs the south bank of the Los Angeles River, would be developed with 16 small lot homes, each of which would stand three stories in height. 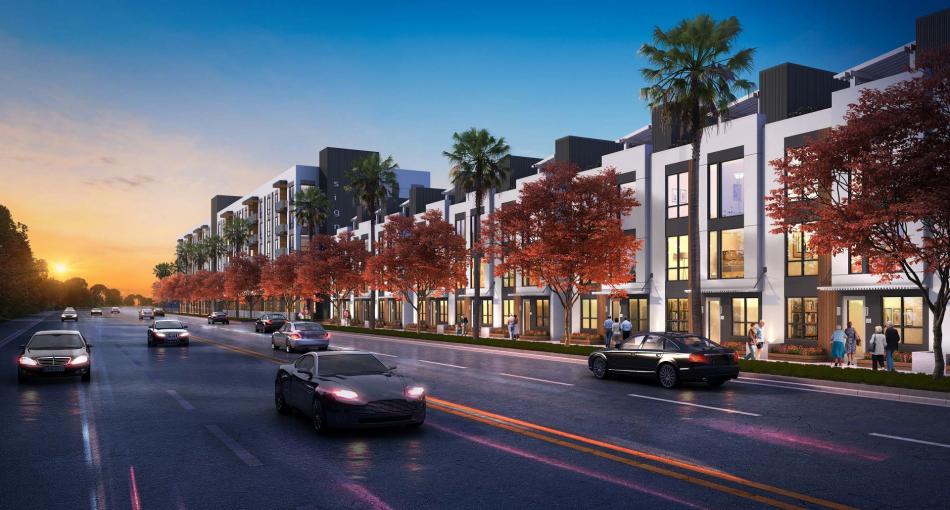 Urbal Architecture is designing the Ventura & Colfax project, which is depicted in renderings as a series of contemporary wood-frame structures clad in stucco, metal, and aluminum. Proposed on-site amenities include various community rooms and a roof deck within the senior building, as well as a publicly-accessible, privately-owned green space at the northwest corner of the site, adjacent to the river channel.

SRM, which owns and develops properties along the West Coast, has focused on senior housing in the Los Angeles area, including proposed projects in Culver City and Encino. 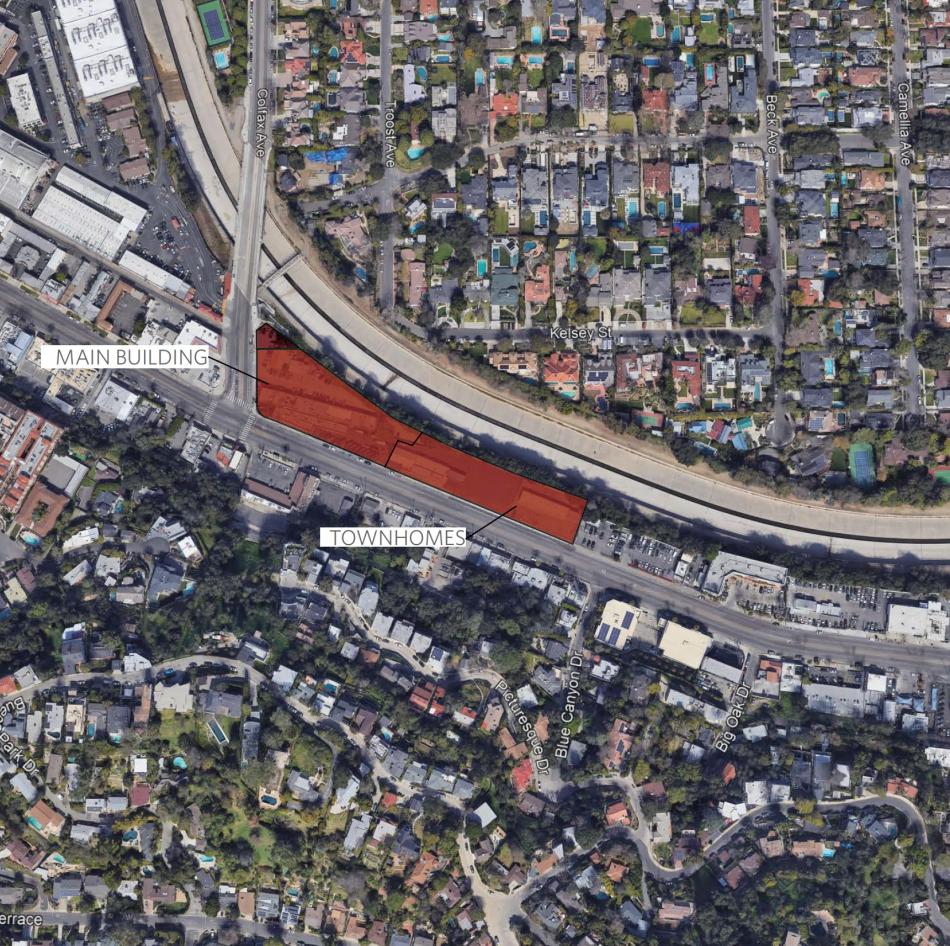