One year after we last checked in, the wrapping is starting to peel off at Emerald, local developer Jade Enterprises' latest apartment complex in Downtown Los Angeles.

Located on a site along the south side of 14th Street between Olive and Hill Streets, the new seven-story building will feature 154 studio, one-, two-, and three-bedroom apartments above ground-floor retail space and two levels of basement parking.

MVE + Partners is the architect behind the contemporary podium-type building, which will use upper-level setbacks to create terraced amenity decks for use by residents. Plans also call for a rooftop deck, a pool, and a street-level plaza, as well as an indoor fitness center and a recreation room at ground level facing 14th Street.

At the time of its groundbreaking, Emerald was expected to be completed in late 2021. 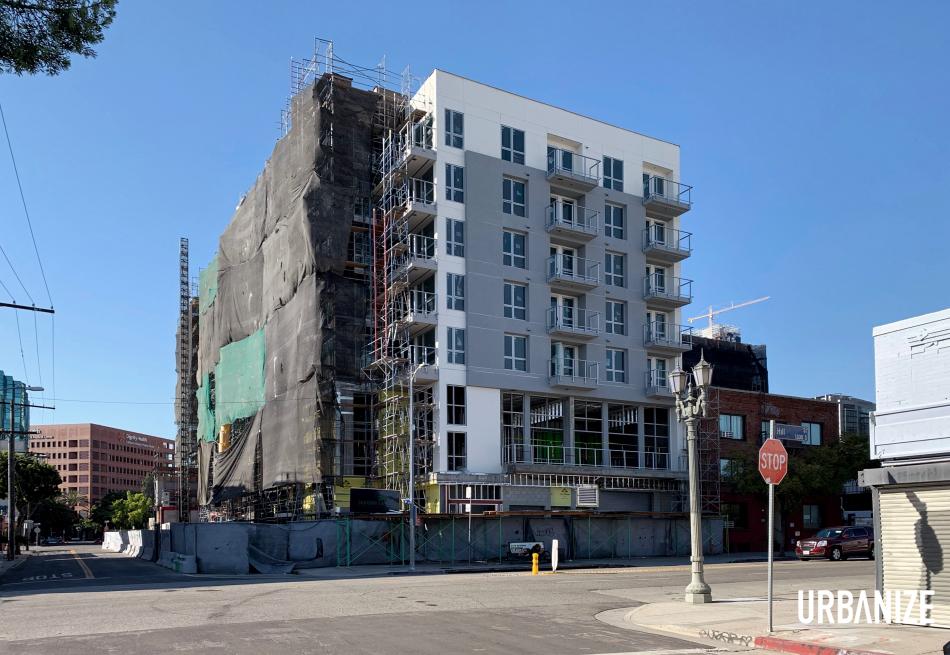 View of the Emerald apartments from Hill StreetMichael Hayes

The project one of a handful Downtown developments from Jade Enterprises, which previously built the nearby Onyx apartments in South Park and the Topaz apartments in the Fashion District. The company behind plans for new housing developments the Fashion District, the Arts District, and City West, as well as projects outside of Downtown in Hollywood, Pasadena, and Marina del Rey.