A nearly two-acre property that is home to Bethel Encino ELCA Christian Church is poised for redevelopment with senior apartments, per an application recently submitted to the Los Angeles Department of City Planning. 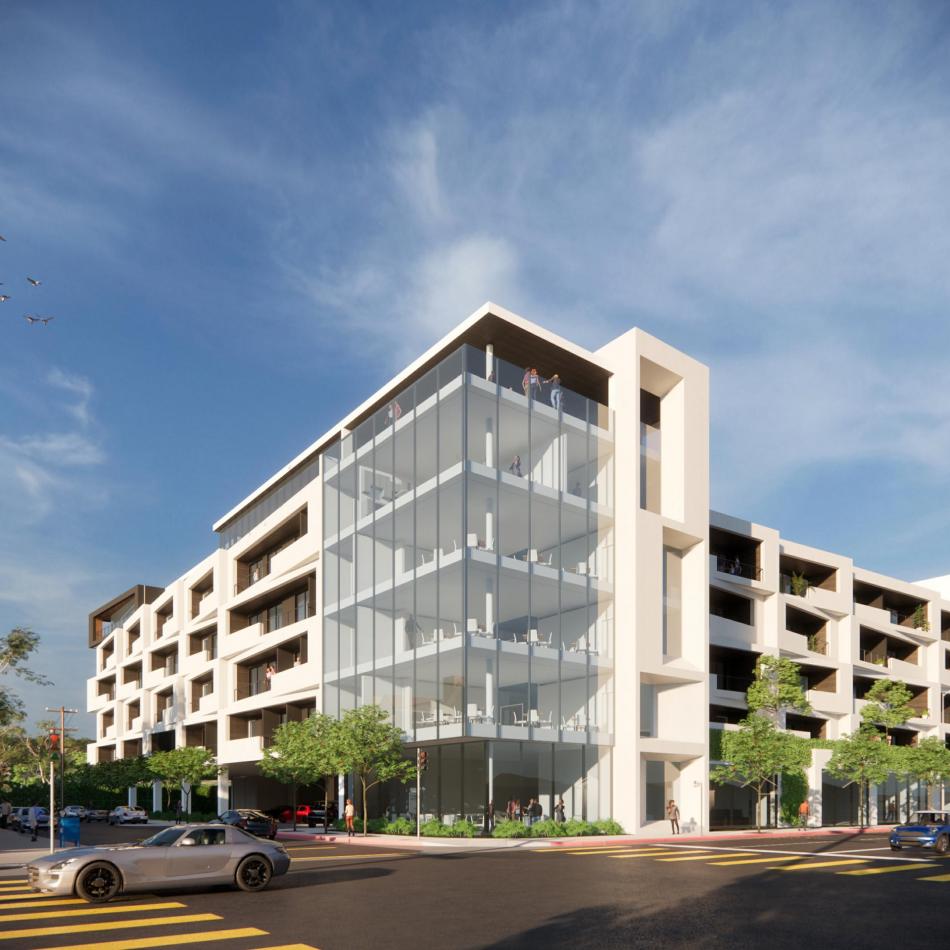 Geneva Street Partners, a Los Angeles-based real estate firm, has partnered with Denver-based Spectrum Retirement Communities on the project, which would rise at 17500 Burbank Boulevard.  City records indicate that the property, located just north of the US-101 freeway, sold to an entity affiliated with Geneva $8.1 million in May 2020.

The two companies intend to raze the existing church buildings, which were completed between the 1940s and 1960s, making way for the construction of a new five-story edifice featuring 238 studio, one- and two-bedroom dwellings and parking for 167 vehicles.  Plans call for 146 apartments for independent older adults, as well as 60 units of assisted living housing and 32 memory care rooms.

Vessel Architecture, a St. Louis-based firm which specializing in senior housing, is designing the proposed development, which is depicted in renderings as a contemporary O-shaped structure atop a single level of subterranean parking.  Multiple outdoor decks are planned on the upper levels of the building, while a landscaped courtyard and swimming pool - designed by SQLA- would sit at the center of the building. 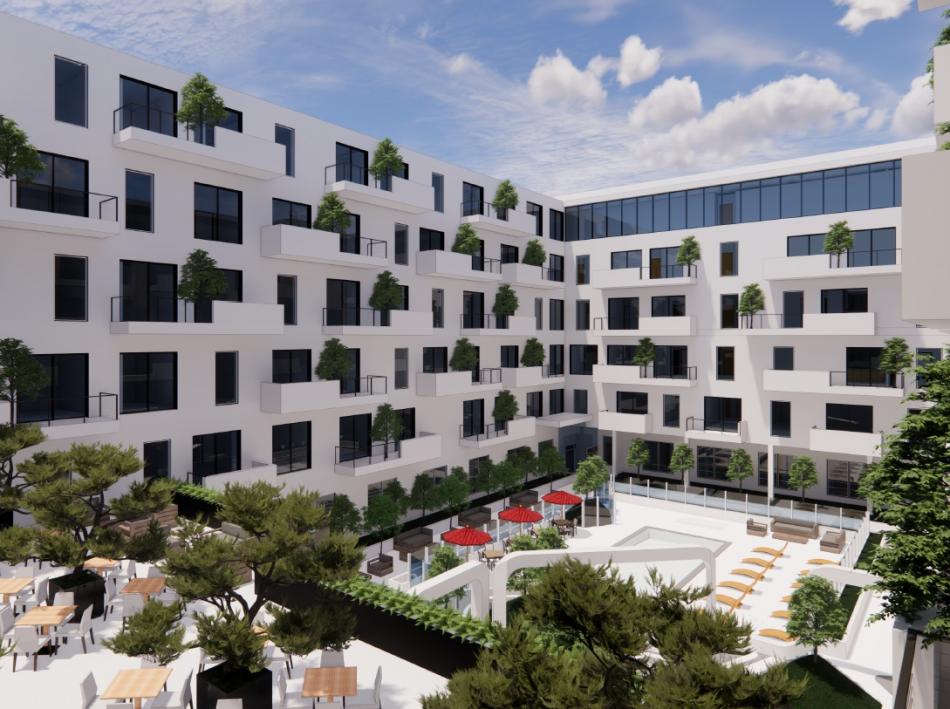 Construction of the senior housing complex is expected to occur over a roughly two-year period, according to an environmental report coupled with the filing.  Work is anticipated to begin with the demolition of existing buildings in May 2022 and conclude in May 2024.  That schedule is contingent on a zoning administrator's approval of an eldercare permit and mandatory site plan review for the project.

Geneva Street Partners, which is based out of Century City, is also developing a handful of new multifamily residential buildings in the Palms neighborhood.