With the Academy Museum of Motion Pictures finally open, and construction in full swing for a controversial revamp of LACMA, another Miracle Mile institution is setting the stage for a big makeover. 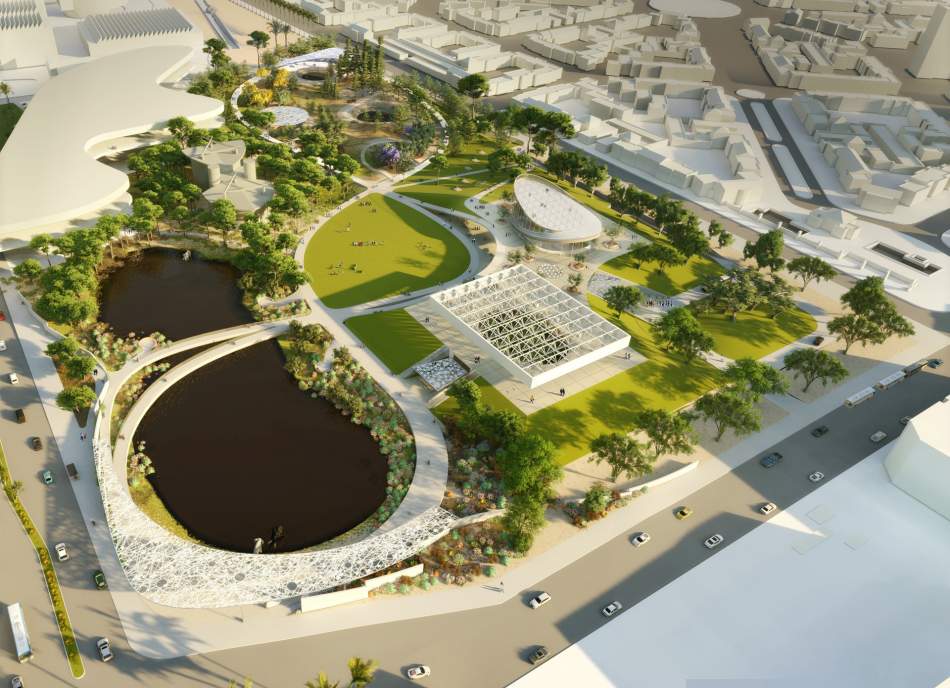 As of this month, Los Angeles County has launched the environmental review process for the new master plan which is slated to transform the La Brea Tar Pits and George C. Page Museum. The 13-acre complex, located at the northeast corner of Hancock Park at 5801 Wilshire Boulevard, is billed as the world's only active paleontological research site in a major urban area.

The Natural History Museums of Los Angeles County, which manages the facility, selected the design team for the master plan in 2019, which is led by Weiss/Manfredi, along with designer Karin Fong of imaginary forces, Robert Perry of Perry and Associates Collaborative, paleobotanist Carole Gee, artist Mark Dion, and designer Michael Bierut of Pentagram. Architect and Brenda Levin of Levin & Associates and other consultants are also involved in the master plan.

The winning concept, called "La Brea Loops and Lenses," would include a one-kilometer "triple mobius" walking path connecting the Page Museum, the excavation pits, and the iconic lake pit and mastodons. The master plan also calls for reconfiguring the park layout to make the Page Museum more visible from surrounding streets, including the addition of new gateway entry plazas at Wilshire Boulevard and 6th Street. 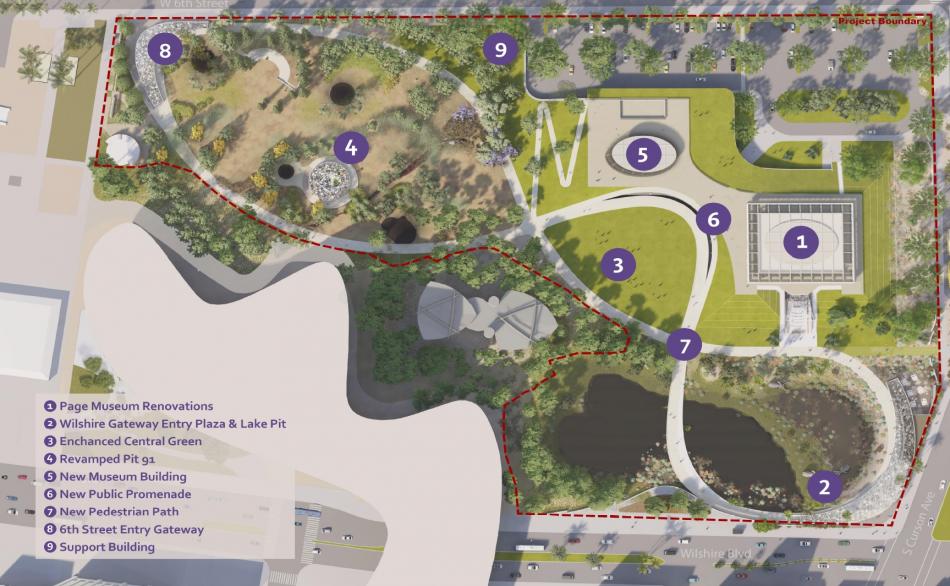 The Page Museum is also in line for changes, including the removal of vegetation to make room for more exhibition space, classrooms, and laboratories, and the potential addition of a cafe to the outdoor terrace along the western side of the museum. Plans also call for a new support building located northwest of the existing structure, making room for new exhibition and research facilities.

While a precise timeline for the master plan's implementation has yet to be set, it is expected that construction would occur in intermittent phases over a period of 7 to 10 years, as funding becomes available.