In 2020, the City of Los Angeles rolled out a new master plan for transforming the Silver Lake Reservoir complex into an immense public park. Now comes the hard part - navigating the California Environmental Quality Act.

Yesterday, the City's Bureau of Engineering kicked off the environmental review period for the master plan improvements, which calls for redesigning  116 acres of the 127-acre complex with community green space, knitted together by a 2.5-mile perimeter path. The proposed park would be divided into seven sections, including:

The project's environmental review is expected to continue over the coming year, with City Council approval currently expected in Spring 2023. 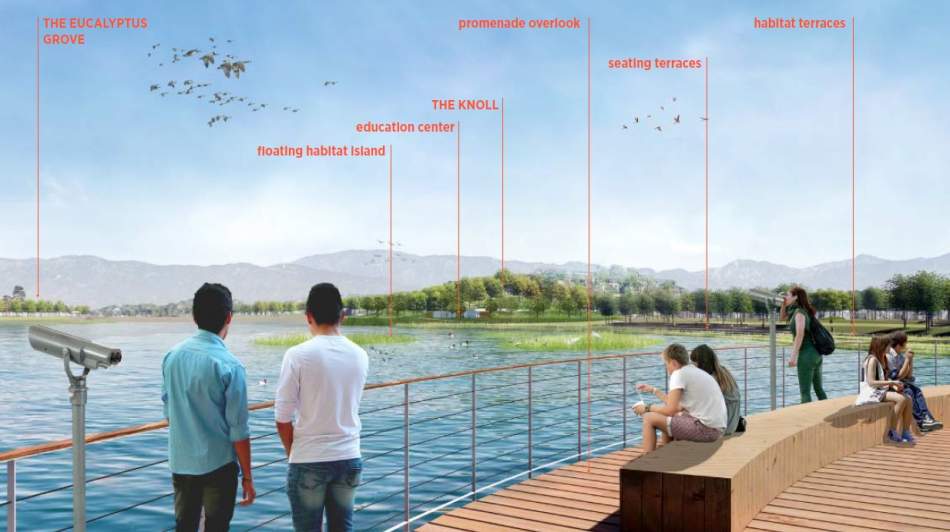 Overlook bridge at the East Narrows sectionCity of Los Angeles

While no funding has been allocated to construct the range of improvements imagined in the master plan, completion of an environmental impact report is a key step, and opens the door to funding sources.

Built in the early 20th century ago by William Mulholland, the reservoir once provided drinking water for much of Central Los Angeles, but were phased out of use as a result of changing Federal policy in 2006. The approved master plan was initiated in 2018, following a community-driven proposal which envisioned a similar range of improvements.