After years of quiet, things are suddenly active at the intersection of 14th and Hill in Downtown Los Angeles, site of a proposed mixed-use apartment complex which first emerged in 2017.

The development, which rise from an L-shaped sit fronting 14th, Hill, and Broadway, was approved in 2018 as a seven-story edifice featuring 235 apartments above 9,200 square feet of ground-floor retail space. All buildings which previously stood on the site have been razed, and excavation for underground parking levels is now in progress. 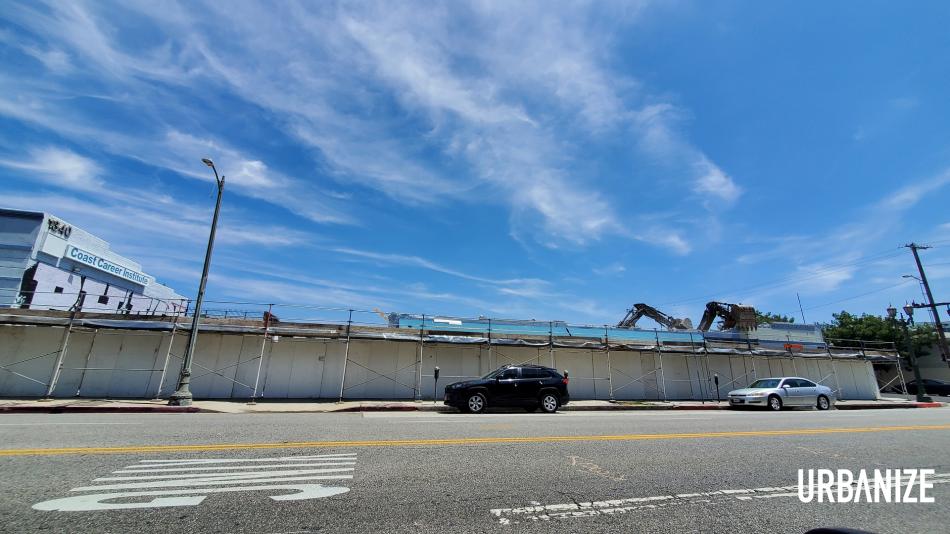 Demolition at 14th and Hill, as seen in May 2022Urbanize LA

In accordance with the Greater Downtown Housing Incentive Ordinance, the project at 1340 S. Hill Street will set aside 25 percent of its housing at rents below market rate. That includes 12 units of designated very low-income affordable housing, as well as 47 units of workforce housing targeting residents earning up to 150 percent of the area median income level.

Per a landing page on the website of Humphreys & Partners, the architecture firm designing the project, the apartments would be built with floor plans ranging between 375 and 1,093 square feet, as well as amenities including courtyards, a fitness center, a swimming pool, and a rooftop deck. 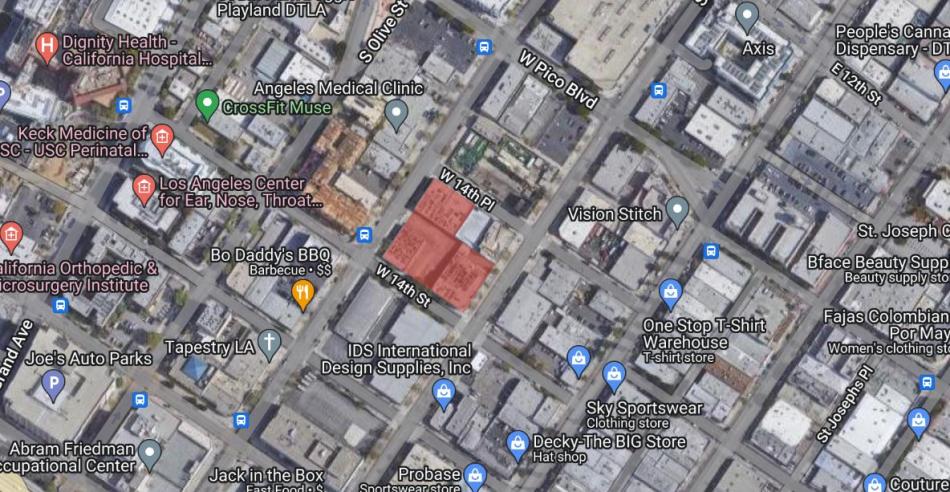 The new apartment complex would rise a block south of a stretch of Pico Boulevard which has seen the construction of a half-dozen similar mixed-use buildings in the past decade, and directly across Hill from Emerald, a 154-unit apartment complex now being built by Jade Enterprises.