Across the street from Park, vertical construction is now complete at a new apartment building at the intersection of 38th and Figueroa Streets. 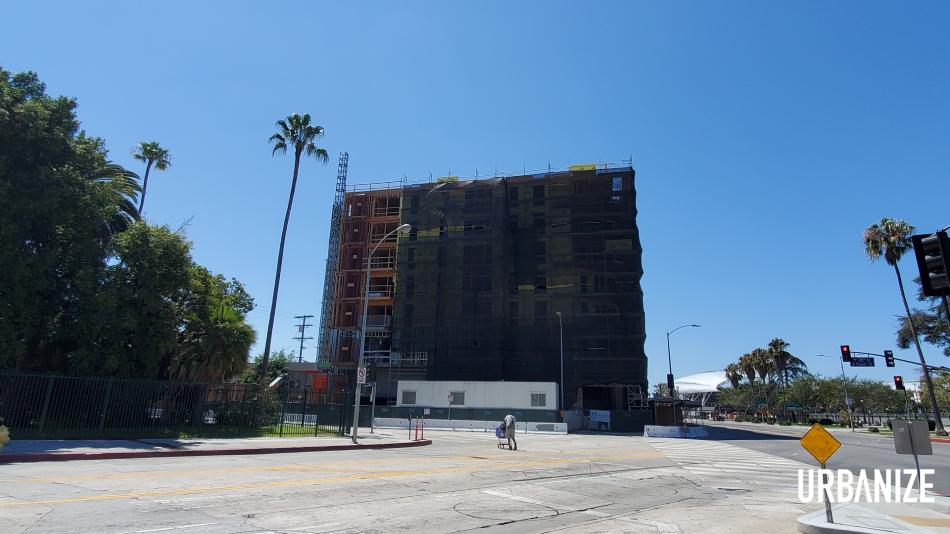 Hub on Campus at the Coliseum, a joint venture between Core Spaces and Amplify Development Co., is a seven-story podium-type building that will feature 79 apartments above approximately 10,000 square feet of ground-floor retail space and a 100-car parking garage.

Antunovich Associates is designing the project, which is composed of five levels of wood-frame construction above a concrete base and subterranean garage.  Renderings show the completed product as a contemporary mid-rise building, clad in wood and brick and wrapped with cantilevered balconies and a rooftop deck providing open space for residents.

The apartments the Hub development are intended to appeal to students at nearby USC, as well as employees with jobs in the surrounding community, according to a landing page on the Amplify Development website. 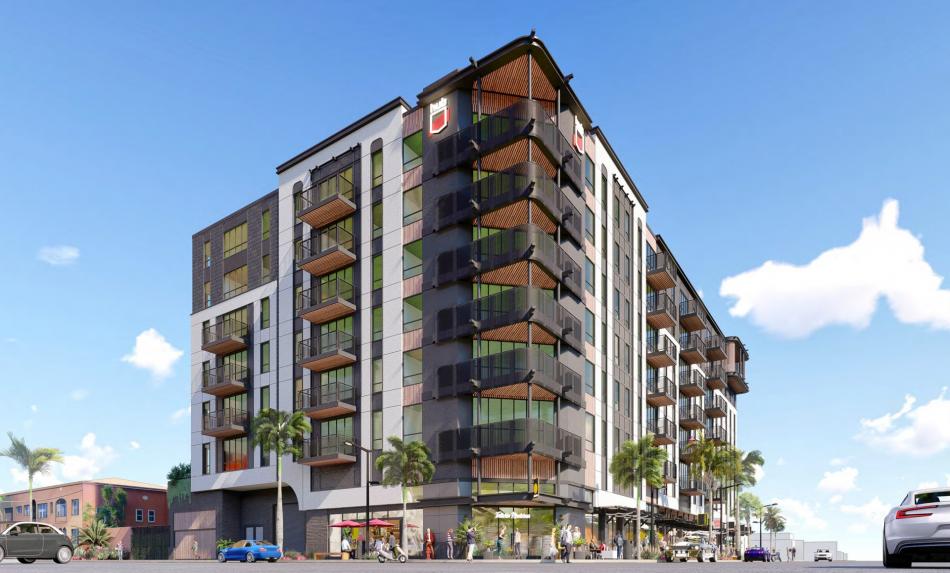 The projects are arriving in the wake of billions of investment at Exposition Park across the street, which is slated for expanded green space and under a new master plan adopted in 2020.  Some of the new venues at the park include Banc of California Stadium - home to the MLS team LAFC - and the under-construction Lucas Museum of Narrative Art on Vermont Avenue.

Amplify Development and Core Spaces are also partnering on a second project - named the Hub on Campus at Figueroa Street - which is expected to break ground at Figueroa and 28th Streets later this year.