In Palms, the stucco exterior of a new multifamily residential building is now taking shape just north of Venice Boulevard.

Located on the former site of four single-family homes and a triplex at 3739-3759 Cardiff Avenue, the project consists of a six-story structure featuring 74 apartments - including eight extremely low-income affordable units - above parking for 150 vehicles. 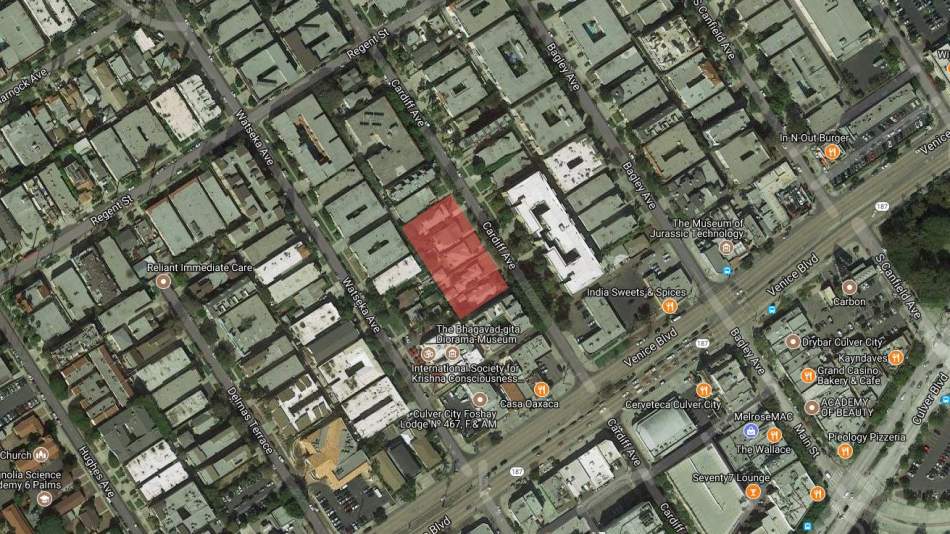 Architectural plans indicate that the building will have multiple courtyards at its podium level in addition to a rooftop deck.

The project site, located just north of Downtown Culver City, was one of the first new developments in the City of Los Angeles to make use of the Transit Oriented Communities affordable housing incentives.