After more than three years of quite, a revised draft environmental impact report reveals changes to Faring's plans for a new housing and hotel complex at 7811 Santa Monica Boulevard in West Hollywood.

The Bond, slated for an amorphous site fronting Santa Monica, Orange Grove Avenue, and Ogden Drive, was initially proposed as a six-story building featuring an 86-room hotel and 70 studio, one-, and two-bedroom dwellings - including 12 to be priced for very low- and moderate-income households. 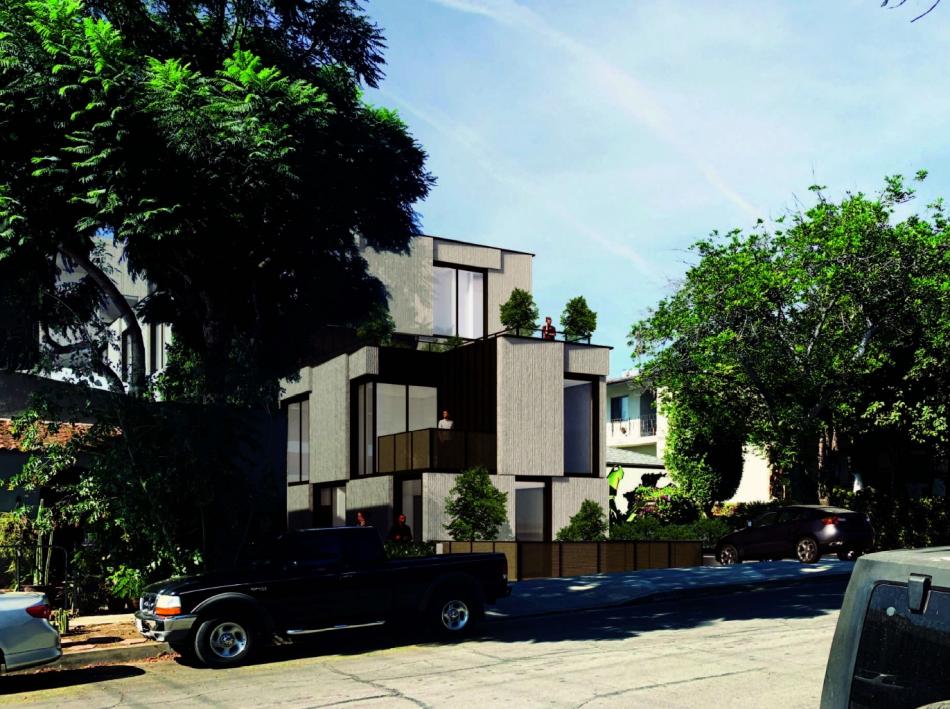 Rendering of The Bond from Ogden DriveOfficeUntitled

However, revised plans have shifted the balance to a mostly residential development, with Faring cutting the proposed hotel to just 45 guest rooms, while increasing the amount of proposed housing to 95 units. Of that total, 16 of the new studio, one-, and two-bedroom dwellings would be set aside for occupancy by moderate- and very low-income households. Other components of the revised plan include an art gallery and a 145-car garage, as well as amenities such as a fitness room and a pool.

OfficeUntitled remains the architect attached to The Bond development, which was previously described in a staff report to the West Hollywood Planning Commission's Design Review Subcommittee as having a "striking checkerboard with a continuum of fish-like scales like overlapping panels punched with window openings and decks." The building still presents a six-story face along Orange Grove Avenue and Santa Monica Boulevard, but scales down to more closely match the heights on neighboring structures along Ogden Drive to the east.

Pending the approval of a conditional use permit and other entitlements by the City of West Hollywood, the project is expected to be built over a 21-month period, according to the environmental report. Work could commence as early as Spring 2024 and conclude by Winter 2025, with The Bond opening for residents and guests by 2026. 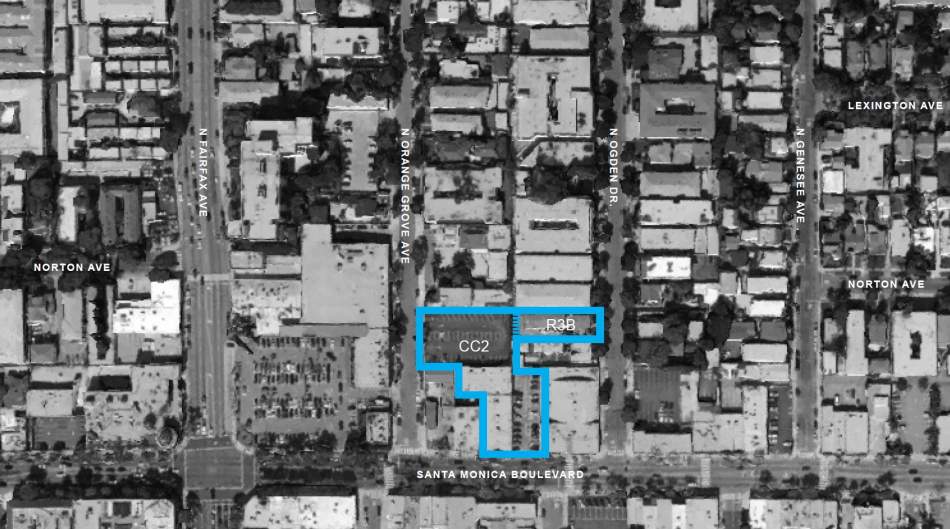 Location of the Bond Hotel and ResidencesOffice Untitled

Faring, the developer is also planning a 241-room hotel adjacent to the historic Factory nightclub and broke ground last year on an office complex flanking the iconic French Market.

Other projects planned nearby include a 40-unit apartment complex now rising across the street from Plummer Park and a mixed-use complex which has topped out at 7617 Santa Monica Boulevard.