Seven years after it was first reported, a proposal to redevelop Downtown's most out-of-place car wash with a high-rise building has finally cleared the Los Angeles City Council. 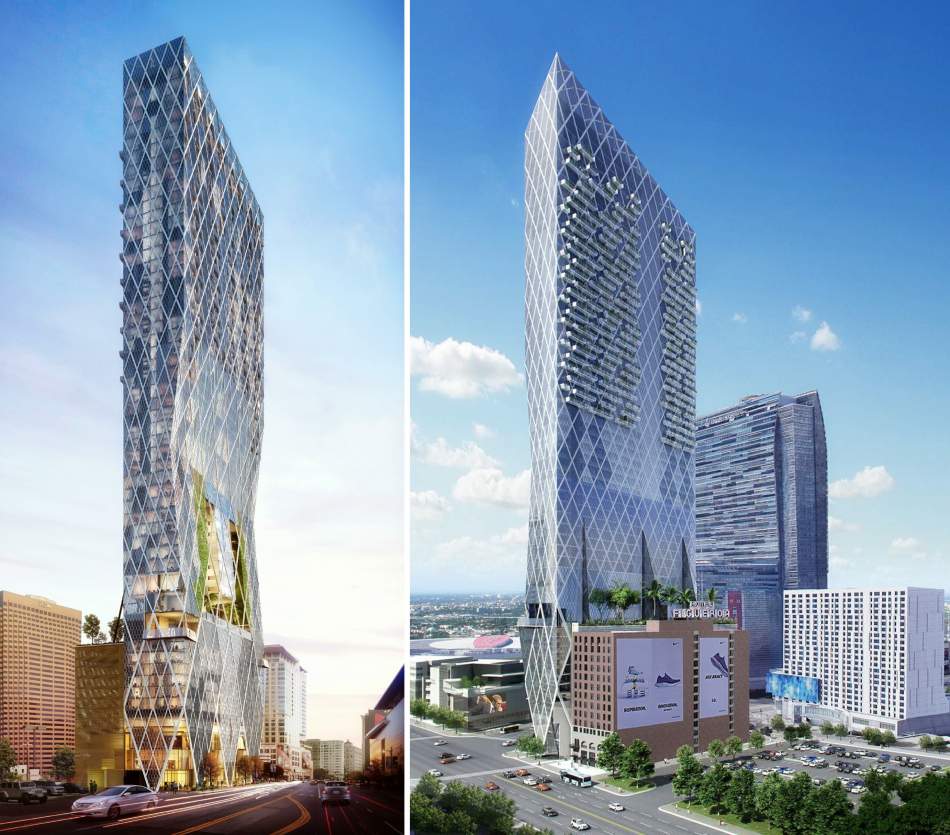 In a unanimous consent calendar vote, the Council approved a master conditional use permit and a transfer of floor area rights agreement for Olympic tower, which would replace the Downtown Car Wash located at the northwest corner of Olympic Boulevard and Figueroa Street - directly north of L.A. Live.

The project, which was submitted to the City of Los Angeles for review in December 2015 by an entity affiliated with the Neman family, calls for the construction of roughly:

Monrovia-based architecture firm Nardi Associates is designing the tower, which would stand 742 feet tall, and in incorporate three amenity decks on the 13th, 56th, and 57th floors. 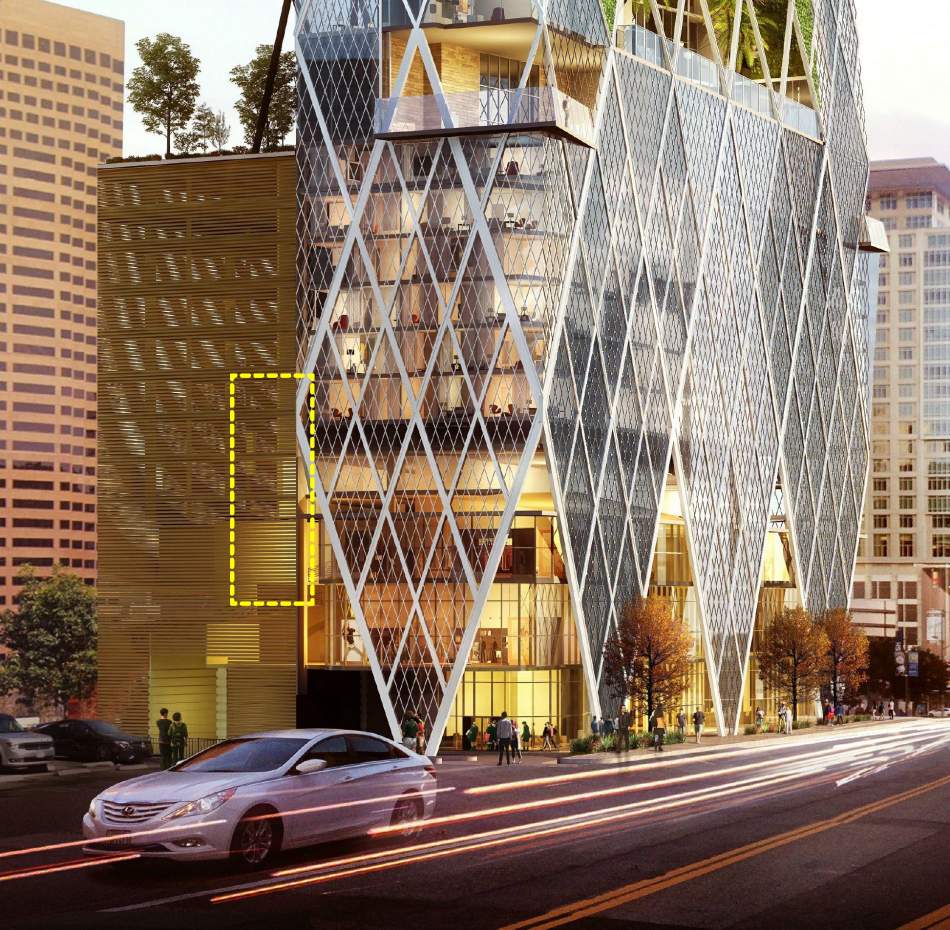 "The project has been conceived (along Olympic Boulevard) as a metaphorical 'bent salutation' to the Entertainment area (LA Live, Staples Center, Nokia Center, etc.), while creating South facing landscaped elevated open atrium at the Condominium amenities and Hotel levels," reads a description posted to the Nardi Associates website. "The 58-story iconic building is designed as a monumental urban tree (vertical gardens integrated to a kaleidoscope like landmark) where real vegetation is combined with digitized landscape and graphic art images, growing along its structural grid contained within its double glass surfaces."

The approved project will require a $23.2-million payment to acquire excess floor area rights from the City of Los Angeles, half of which is to be made as a cash payment to the Council District 14 public benefits trust fund.

Council approval also came after UNITE HERE Local 11, a labor union representing hospitality workers, withdrew an appeal of the tower after striking a deal with its developers. 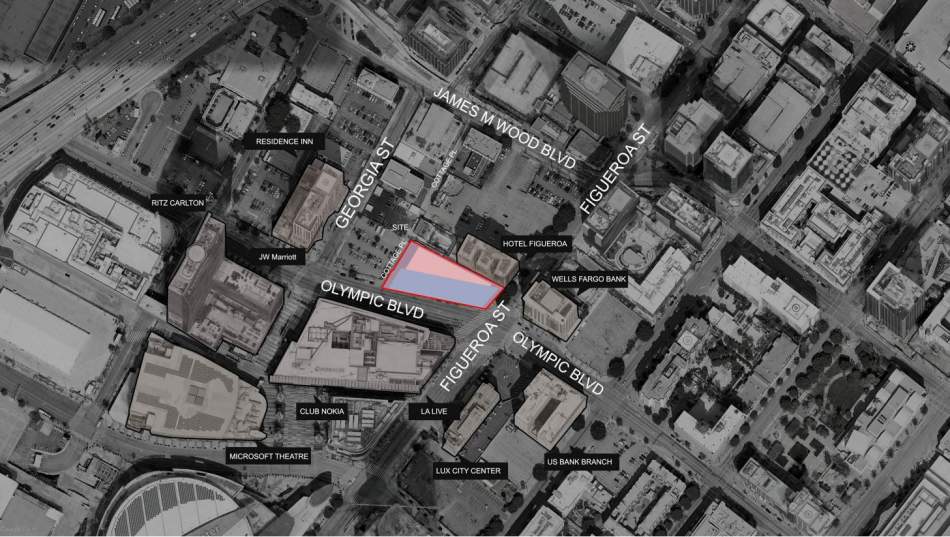 Location of the Olympic and Figueroa towerNardi Associates

An environmental study conducted for the project indicated that the tower would be built over a 34-month period, although a groundbreaking date has not been announced.

Olympic Tower is one of a handful of large mixed-use projects in the works near L.A. Live, joining a proposed  three-tower complex a short distances west on Olympic Boulevard and a proposed expansion of the J.W. Marriott hotel complex and L.A. Convention Center.