A presentation scheduled for the January 13 meeting of the Glendale Design Review Board unveils renderings for Lucia Park, a residential high-rise planned just south of the 134 Freeway. 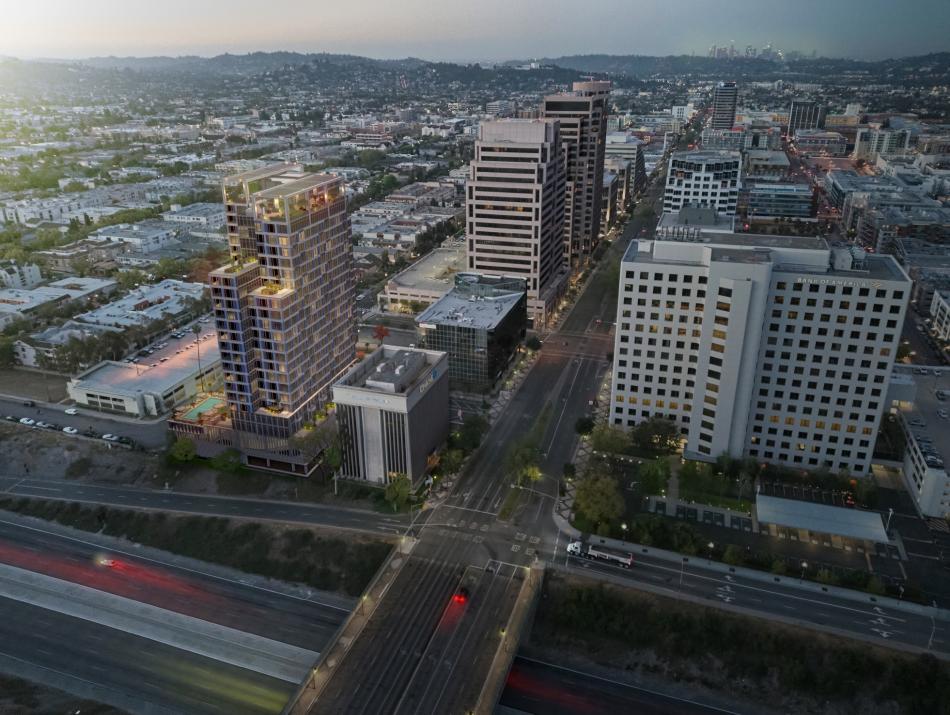 Slated for a property located just east of Brand Boulevard at 625 N. Maryland Avenue, the proposed project calls for the construction of a 24-story tower containing 294 one- and two-bedroom apartments above 373 parking stalls, as well as 129 above-ground spaces which would serve an adjoining bank building.

JFAK Architects is designing Lucia Park, which is split into three distinct volumes, and clad in a series of blue, white, and gray metal panels. Renderings depict a contemporary high-rise with amenity decks located above a podium structure and at the roof level.

"Unlike most new projects, Lucia Park does not bulge out to all its property lines, but sits approximately 130 feet away from Brand Boulevard behind a new pocket park and the beloved mid-century Chase building, which was one of the original Home Savings and Laon Buildings punctuating the Southland for many decades," reads a design narrative. "Inspired by the Chase Building, but not mimicking it [the tower] takes a respectful stance as a background building that actually calls more attention to the significance of its forebear[er]." 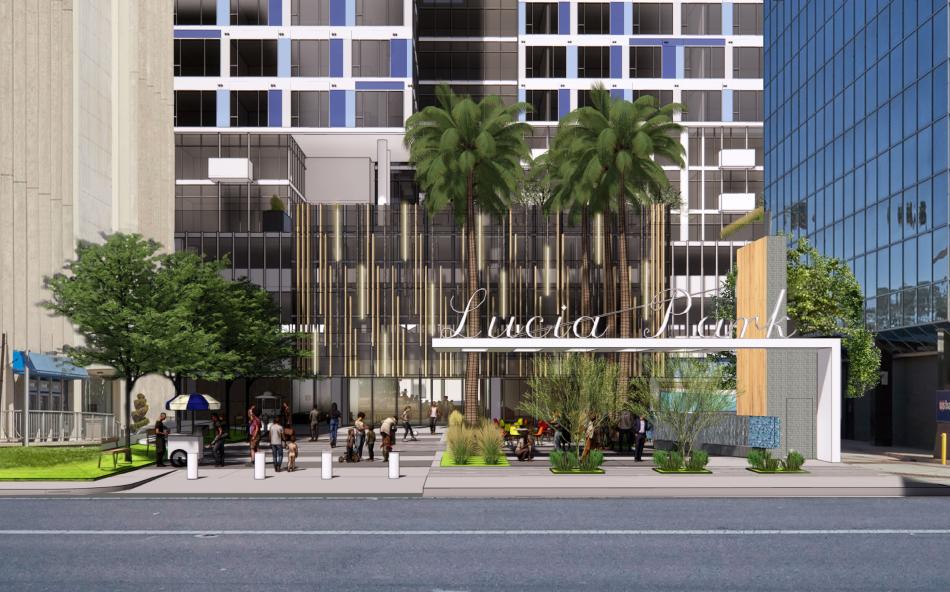 City records list the project applicant at the Cimmarusti family, a local real estate firm which has largely specialized in fast food restaurants - and also dabbled in development of large projects. More than 15 years ago, the family had proposed a similar 31-story high-rise for the longtime site of a Burger King restaurant just north of the US-101 Freeway in Downtown Los Angeles. That project, as with the proposed Glendale building, was named "Lucia" in honor of Lucia Smaldino, the grandmother of the two brothers who lead the company.

If completed, the 266-foot-tall tower would be the Type-I construction high-rise built in Glendale since the mid-1990s. But it may have competition for that title. 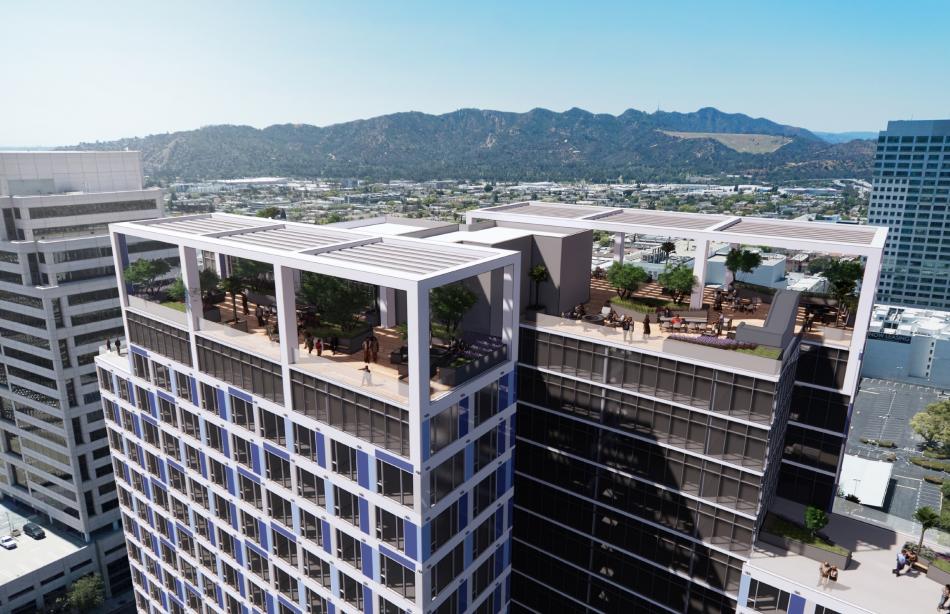