A presentation to the Santa Monica Architectural Review Board offers a first look at a proposed affordable housing development at 1333 7th Street. 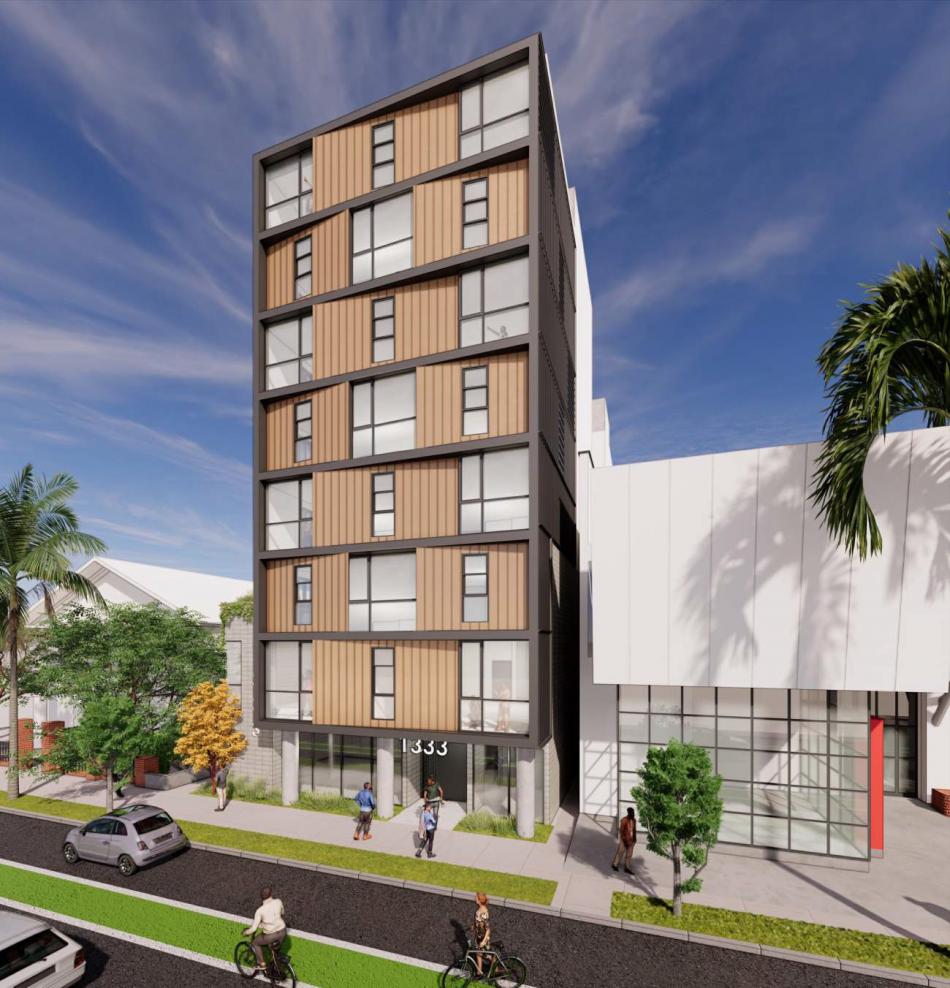 The project, which is being developed by the Foundation for Affordable Housing, would rise from a single parcel located just east of the Santa Monica Public Library, replacing a former dentist's office. Plans call for the construction of an eight-story building which would feature 38 residential units atop a 1,000-square-foot community room on the ground floor, but no on-site parking. The apartments would include a mix of one- and two-bedroom floor plans, ranging from approximately 568 to 962 square feet in size.

Patrick Tighe Architecture is designing 1333 7th Street, which is shown in plans with an exterior of smooth stucco, concrete, and metal panels. 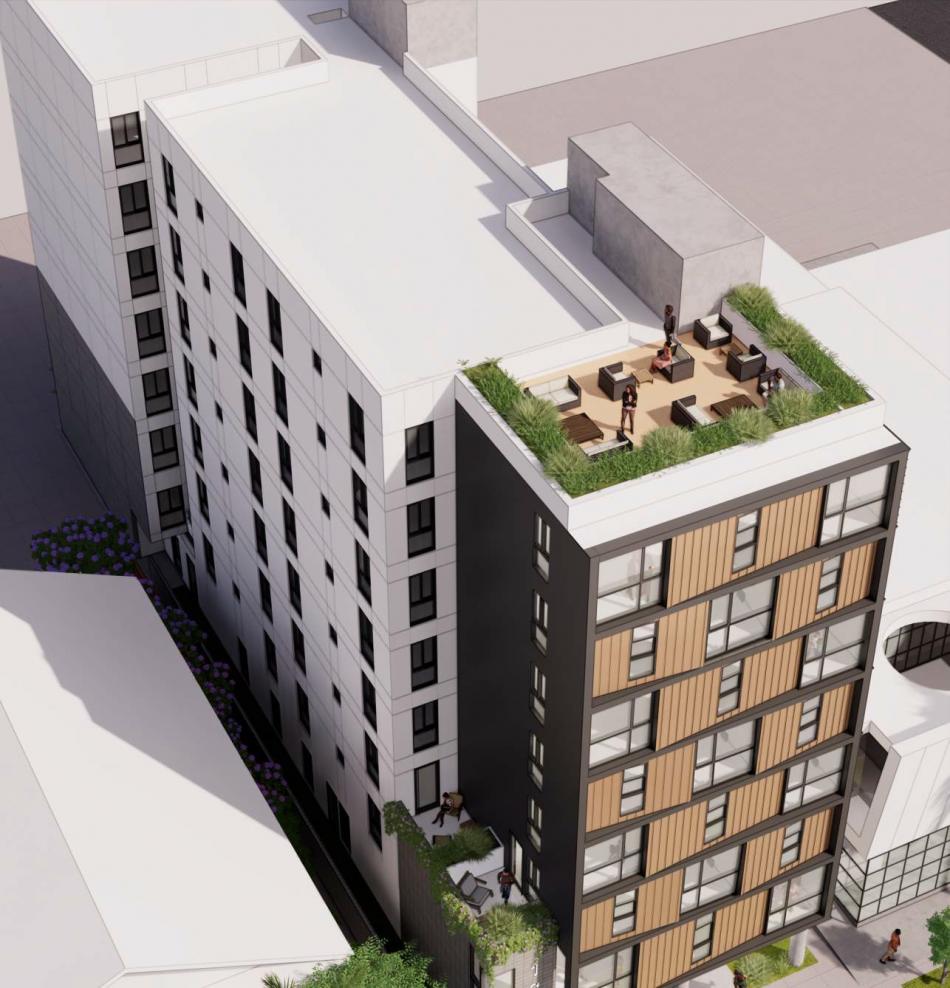 "The contemporary design is highlighted by a series of angled planes along the front façade that provide movement and visual interest, while the building form and setbacks have been strategically configured to provide natural light and ventilation throughout the structure," reads a staff report to the Architectural Review Board. 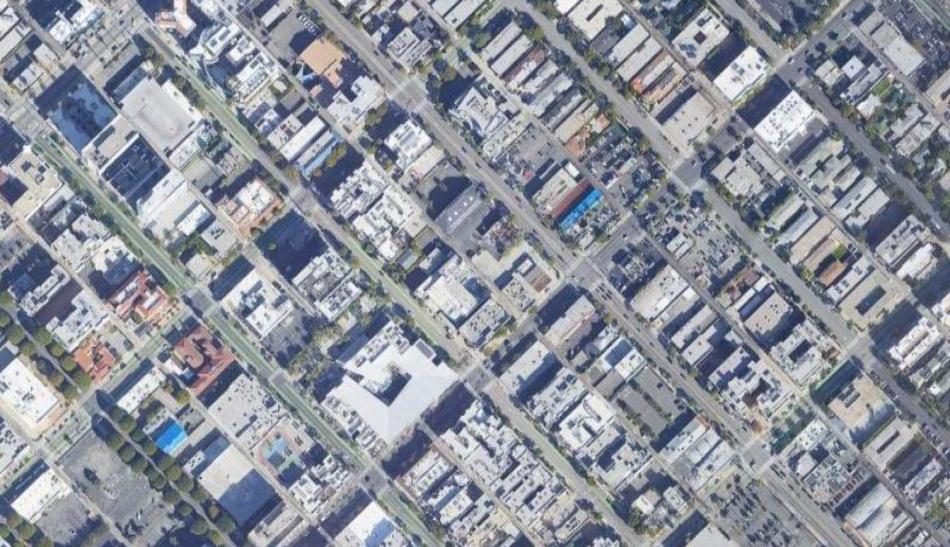 Plans for affordable housing at 1333 7th Street were first revealed in 2019, when developer Mass Equities acquired the site to facilitate the off-site affordable housing requirements of two of its market-rate projects the planned nearby.