Construction is complete for the initial phase of the new Promenade & Town Square in San Pedro, the Port of Los Angeles announced last week. 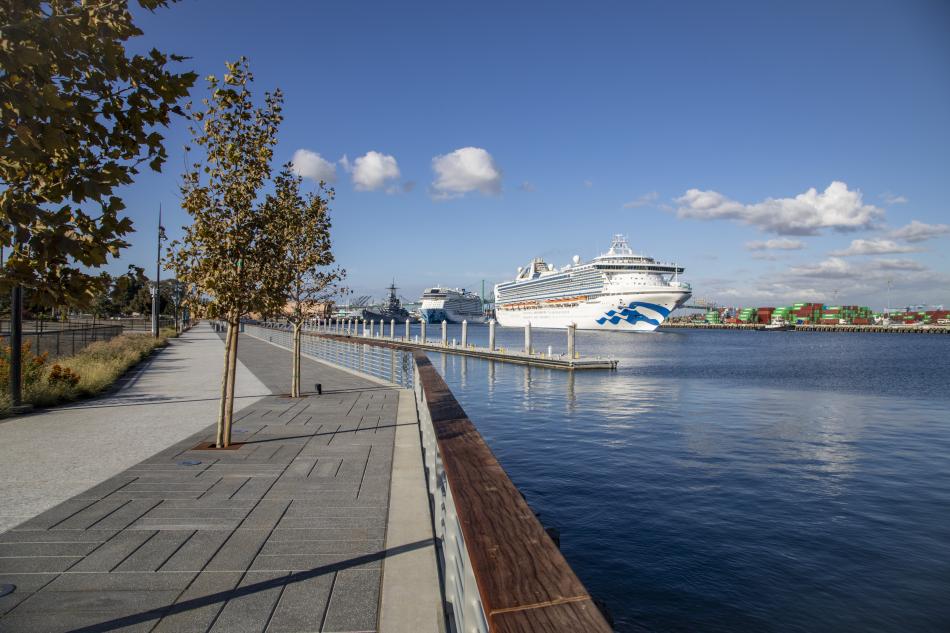 The $36-million project, which broke ground in early 2020, is named for the new 30-foot-wide promenade and four-acre town square that is now open along a portion of the Port's main channel.

“The revitalization of the LA Waterfront will not only improve the quality of life for residents, but attract visitors from around the world,” said Los Angeles Mayor Eric Garcetti in a news release. “Through this $36 million investment, we are helping to create new jobs and businesses, while cementing our status as a global destination.” 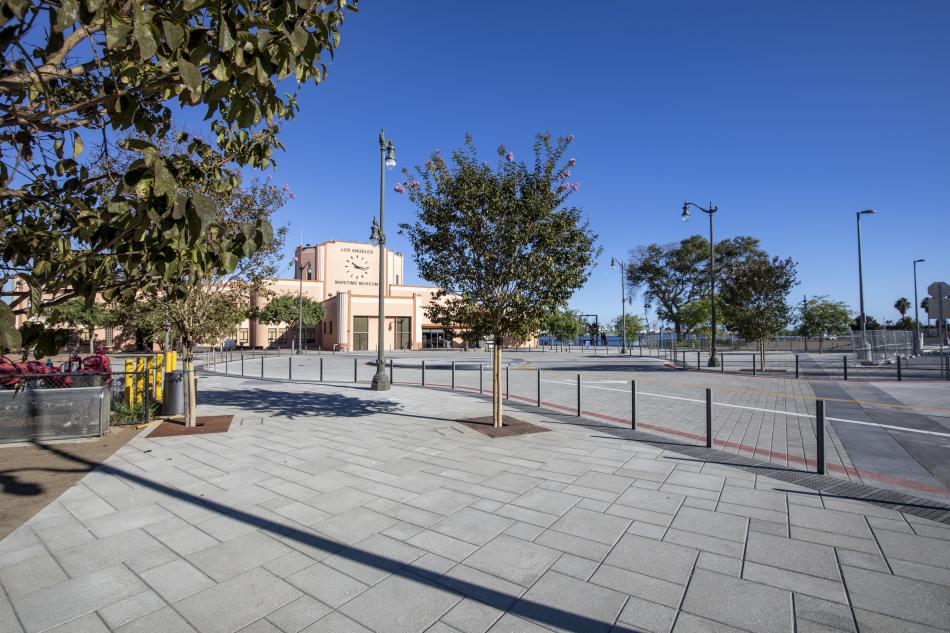 View of the Town SquarePort of Los Angeles

Completion of the first segment of the promenade, which will eventually stretch nearly one mile along the Port's main channel, sets the stage for the construction of a major private development on the L.A. Waterfront.  In 2022, The Ratkovich Company and Jerico Development are scheduled to break ground on the $150-million West Harbor complex, which will replace the aging Ports O' Call Village.

The new promenade can serve as a direct pedestrian link to a handful of new mixed-use and multifamily residential developments in the Downtown San Pedro neighborhood, highlighted by the planned revamp of the sprawling Rancho San Pedro public housing complex.