In Downtown Burbank, the initial component of Del Rey Properties and Chandler Partners' First Street Village is topped out, and excavation is now in progress for the project's second  phase. 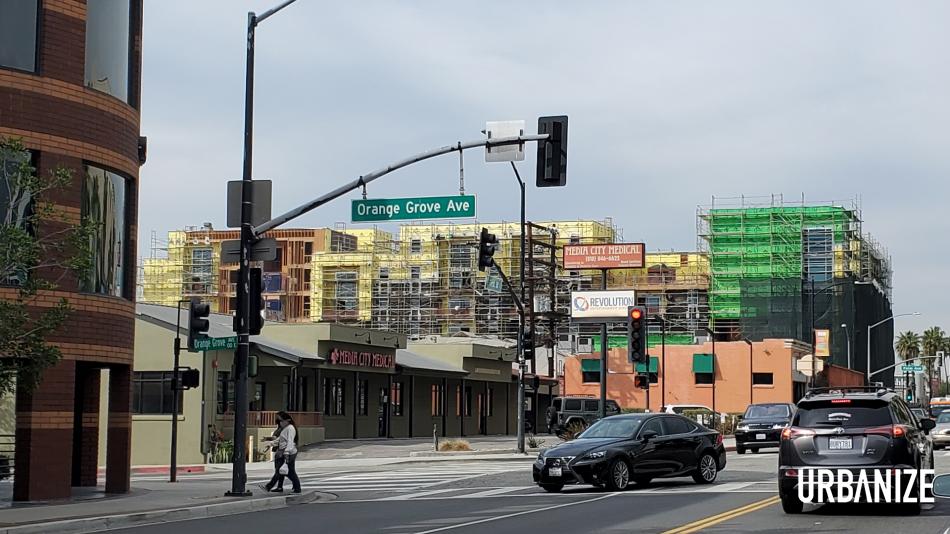 The project, located on a 3.4-acre site at the intersection of 1st Street and Magnolia Avenue, will eventually consist of three structures containing a total of 275 apartments, 19,000 square feet of ground-floor commercial space, and parking.

CBA Partnership is designing the Village, which will include buildings standing five and six stories in height. Each will each be organized around a T-shaped central courtyard, and include a series of terrace decks.

At the time of the project's groundbreaking in mid-2020, completion of the Village's first phase was expected in 2022.

The First Street Village is one of a handful of large mixed-use project slated to bring new housing and commercial space to Downtown Burbank, including new developments at 777 Front Street and adjacent to the Burbank Town Center Mall.