Eight months after we last stopped by, two additional tower cranes have been added to the mix at the LACMA campus, where construction is ongoing for a $750 million overhaul. 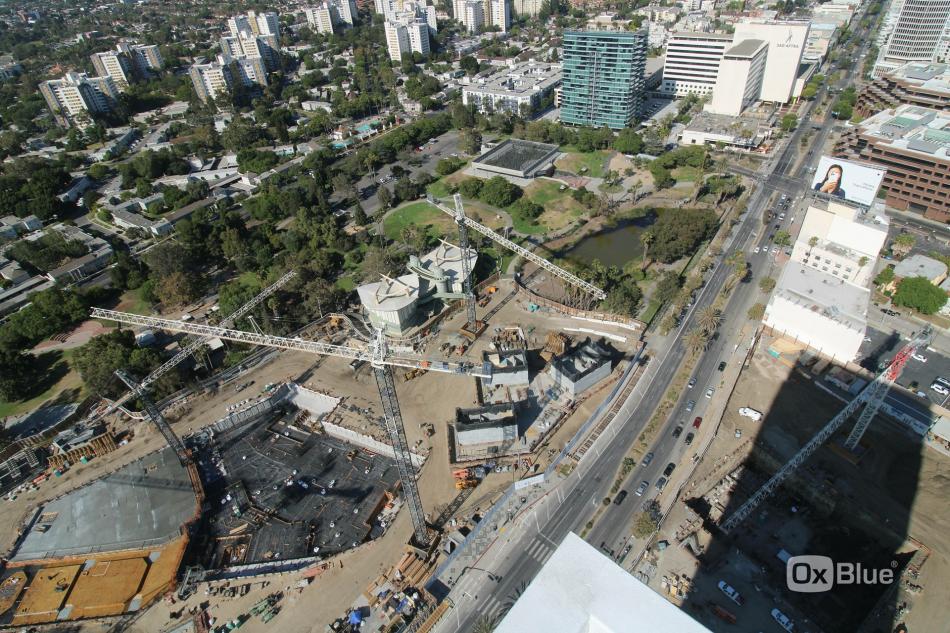 The project replaces the museum's older William Pereira- and Hardy Holzman Pfeiffer-designed buildings with a new concrete and steel structure by architect Peter Zumthor. The two-story edifice will bridge over Wilshire Boulevard, containing 350,000 square feet of space within.

LACMA the new wing the "David Geffen Galleries," in honor of the DreamWorks founder, who is one of the project's principal donors.

Construction is on track for completion in 2024, per recent reports. 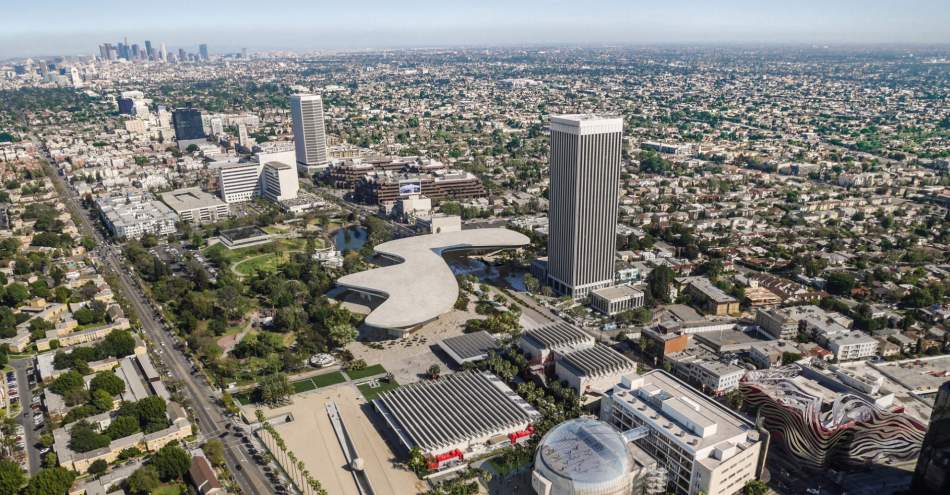 The Zumthor-designed revamp, championed by museum director Michael Govan, has enjoyed the support of local elected officials, but also faced vocal criticism from preservationists due to a decision to raze LACMA's original Pereira structures. Likewise, the project's growing price tag and shrinking footprint has raised eyebrows.

Originally expected to cost $650 million, the building's estimated budget had swelled $750 million by the time it broke ground. Additionally, a report citing internal e-mails between Los Angeles County officials warned that the end cost could run as high as $900 million.

Likewise, critics have pointed out that the Zumthor-designed plan, despite its budget, will in fact result in less space than the buildings that it replaced. 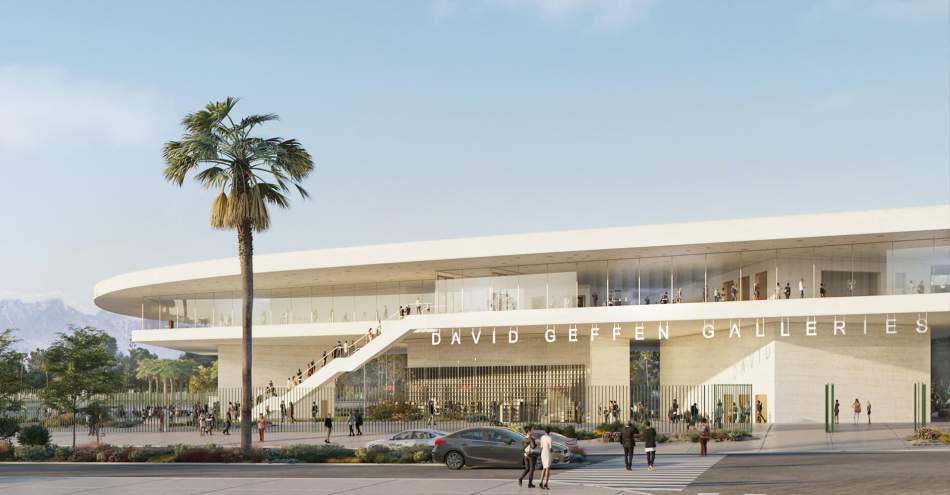 Nonetheless, the LACMA overhaul remains perhaps the most high-profile changes along the Miracle Mile, which saw the completion last year of the $388-million Academy Museum of Motion Pictures at Wilshire and Fairfax Avenue, and will soon a new master plan transform the neighboring La Brea Tar Pits and George C. Page Museum.